Argentine authorities on Friday searched the Buenos Aires offices of German technology giant Siemens, in an investigation of the payment of bribes during the 1989-99 government of former Argentine president Carlos Menem. 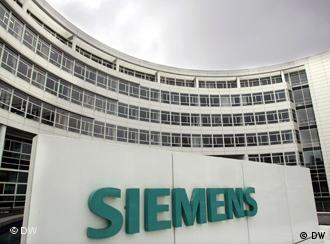 Siemens has been dealing with corruption allegations for a while now

German media reported in recent days, based on court documents, that Menem allegedly received a direct payment from Siemens of $16 million (10.9 million euros). The firm reportedly expected to pay $100 million in bribes to Argentine officials including Menem and the then ministers of finance and interior.

Siemens' Argentine headquarters, located near the historic Plaza de Mayo in central Buenos Aires, were searched in an effort to secure evidence on an order from Judge Ariel Lijo.

Former Siemens officials claimed -- in the context of a broader investigation against the German multinational firm -- that the company paid bribes in Argentina. German courts forwarded the information to authorities in Buenos Aires.

Siemens in the 1990s was seeking a $1.26-billion contract to digitalize Argentine identity documents and other services, the daily Sueddeutsche Zeitung reported. The contract was signed under Menem in 1998 but cancelled in 2001 by his successor, President Fernando de la Rua.

Opinion: First Step Made Toward Clearing Up Siemens Scandal

The first defendant to be tried in the Siemens corruption scandal has been sentenced. But DW's Karl Zawadzky argues that it will take a lot more time and money to find and punish those ultimately responsible. (29.07.2008)

In the first of a series of verdicts on bribery at Siemens, a Munich court handed a suspended two-year jail term and fine Monday, July 28 to a former executive at the German electronics and engineering group. (28.07.2008)