For the first time, women will be voting and running in Saudi Arabia's municipal council elections. It's a good move for a number of reasons, says DW's Kersten Knipp. 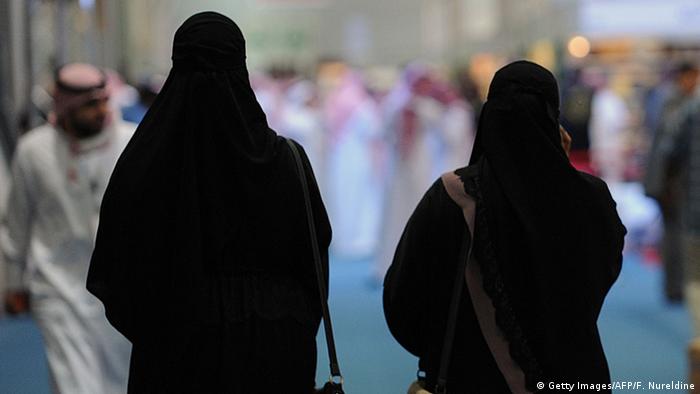 Women who are elected to Saudi Arabian municipal councils this weekend will soon be helping take decisions about developments in their cities and towns. There will be a lot to do. Schools, streets, hospitals: all of these and much more needs to be administered - and, as of now, not just by the men living in the kingdom, but also the women. It is a good move, for a number of reasons.

Firstly, because it quite personally gives every single woman who is on one of the municipal councils an additional reason for living. The half of the Saudi population that is female is still subject to an iron-fisted regime. It is true that a number of women work as teachers, doctors, nurses and social workers. Businesswomen have also been active for some time now, and female authors and scientists have made their way into the Saudi public sphere as well. But almost all of these women belong to the country's elite, and they are still relatively few.

The others have to experience how public life manages (almost) completely without them. Court testimony from a woman only carries half as much weight as that of a man. They are sill not allowed to drive cars. Black is the only color that comes into question for clothing. Polygamy is still an established institution in the country.

A strong perfume, occasional glimpses of parts of a heavily made-up face: these are insignia of resistance, small signs of rebellion. There are others as well: for example, excessive consumption, or the driving of cars in places where the state is not looking on such as on private property or somewhere out in the expanses of the desert. These are all ways of challenging the prevailing puritanism. But they are also depressing signs of helplessness, of the waste of vital energy and of potential for living.

The fact that women will now be taking their places on Saudi municipal councils is also to be welcomed because it forces the religious establishment of the country further onto the defensive.

Women are at the center of this jinxed world. It has been estimated that in the first half of the 20th century, religious scholars issued more than 30,000 fatwas on issues concerning their lives. Marriage, personal hygiene, medical questions: there is no area where the pious men fear to tread with their expert opinions. The reason for their zeal is quite obvious: one way, or perhaps even a main way, to control the society of a country is through its women. And the goal is to keep that society quiet. That's what the religious scholars are there for; that's what they are paid for.

The municipal elections are now a step in the other direction. They are essentially a consequence of September 11, 2001 when Saudi terrorists flew aircraft into the World Trade Center and other targets. Since then, international pressure has grown on the country; it was forced to take measures to tackle extremist ideology. Women are once more at the center of things. Their condition is a measure of the condition of the entire society. In the Saudi context, giving them more freedom means exactly the same as restricting fundamentalism.

In this respect, allowing women to run in the elections can be seen as the expression of a heavily controlled democratization. But it is nonetheless democratization, even if the real political questions will still be decided by men.

Have something to say? Add your comments below. This comments thread closes automatically in 24 hours.

Tomorrow's historic elections in Saudi Arabia will allow women to vote and run for office for the first time. But facing strict campaign rules, some female politicians are turning to social media to get the vote out. (11.12.2015)

Raif Badawi has started a hunger strike, protesting against new prison conditions, according to his wife. Ensaf Haidar said her husband had been on strike since Tuesday; she pleaded for him to be pardoned. (11.12.2015)

Women run as candidates for first time in Saudi elections

Women have registered as candidates for the first time in Saudi Arabia. The inclusion of women in municipal polls, both as voters and as candidates, has launched a heated debate in the ultraconservative Gulf state. (30.08.2015)