Opinion: Only Erdogan can help Turkey | Business | Economy and finance news from a German perspective | DW | 22.08.2018

Germany's Social Democrats suggested the government in Berlin should use taxpayers' money to help Turkey. Reactions to that proposal have been negative here, and DW's Henrik Böhme says Turkey can only help itself. 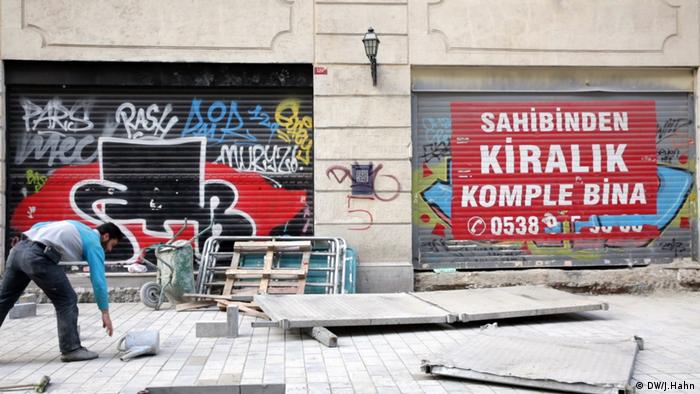 "It's the economy, stupid!" More than a quarter of a century ago Bill Clinton became US president, using that phrase. Turkish President Tayyip Erdogan also knows that you can win elections with a booming economy. After all, it was him who led the domestic economy out of a deep crisis in the early years of this century with a shot in the arm from the International Monetary Fund (IMF) and brave reforms.

That went fairly well, turning Turkey into a veritable destination for investments. And as Turks had more money in their pockets, the country also became a much sought-after export market.

German companies are among those that have invested in the country on a large scale — to be precise, about 7,000 of them, employing some 120,000 people. Among the German investors are Bosch, Volkswagen, MAN, Allianz and BASF (the latter having been active in Turkey since 1880).

Many German small and medium-sized companies (SMEs) also used to view Turkey as an interesting location for investments. Both nations have long-standing ecnomic ties. As early as 1761, Frederic the Great signed a trade treaty with Sultan Mustafa III. A hundred years later, many German merchants and craftsmen felt attracted to Turkey — people, who played no small role in enhancing bilateral trade relations.

After World War II, hundreds of thousands of Turks flocked to Germany as so-called guest workers and contributed to the country's economic miracle.

Turkey's economic crisis and the steep fall of its national currency is making the country less attractive as an export market. Investors have long started to pull out capital from emerging economies like Turkey as the US becomes more attractive after the Fed's end to lax monetary policies and several interest rate hikes by the central bank.

But most of all, the dramatic devaluation of the lira is a result of the Turkish president's own autocratic policies. It won't help him much to lash out against "evil markets" and the "international interest rate lobby" and "an American campaign" alleged to be behind his country's crisis. There are economic fundamentals that even Erdogan can't unhinge.

The thing with God

Investors won't be impressed by the Turkish president saying "they have dollars, we have God." After all, Turkey is well integrated in global trade (with a tenth of all exports going to Germany) and should not complain about the dollar or euro.  That's much more a sign of despair than a tool to regain lost trust among investors.

Germany and the German business community cannot help Turkey, only Erdogan can. He has to ensure stable frame conditions and legal safety for companies and investors in order to get on top of inflation.

The German companies still active in Turkey are closely following any changes in Erdogan's policy and some of them are reconsidering their involvement on the ground. It matters particularly for SMEs when fabrics or machinery get more expensive if traded in dollars.

Textile or sports equipment companies may be forced to relocate to Asia, and the Turkish president should be aware of that. But it's difficult if all the people gathered around you are yes-men and critics are put behind bars. You get carried away by your own ideology and tend to replace economic wisdom with faith in God.

Nothing against God. But faith alone won't be enough in the end.