The German parliament has passed a resolution declaring the mass killings of Armenians by Ottoman forces during World War I genocide. DW’s Editor in Chief Alexander Kudascheff is against the motion. 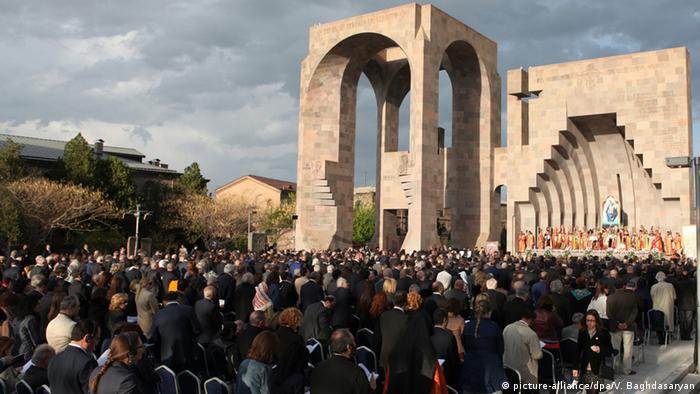 There's nothing wrong with parliamentarians approving a symbolic motion to label the genocide of the Armenian people a genocide. The question is: Why is parliament doing this? What is the reason? Is there a reason, other than the German desire for moral superiority? No, there isn't.

Understanding that these mass killings were genocide, and accepting that this genocide is part of your history, is something with which the Turks have to come to grips. They have to face up to their past. They're the ones who should have Franz Werfel's poignant novel about the ordeal the Armenian people suffered during World War I, "The 40 Days of Musa Dagh," translated into Turkish. They should make the book mandatory reading in schools.

It's not up to the German parliament to do this for the Turkish people, or the Turkish government. That's not just arrogant, it's presumptuous. It means meddling in another country's internal affairs.

Morality when it suits us

This is not really a question of morality; it is rather about Germany's attitude. Germany may be something of a role model for others when it comes to facing up to its own past, the Third Reich, World War II, and above all, the industrial mass murder of Europe's Jews. But it is first and foremost a German matter to come to terms with our break with civilization, to remember and to accept the burden of our past.

We may believe that Turkey should do the same. German historians, political scientists and experts can use all the podiums in the world - and especially German-Turkish ones - to call for this to happen. But the German parliament is not the proper venue. Or will we also use parliament to condemn Stalinism, Maoism, the Khmer Rouge and the Vietnam War as crimes against humanity?

When does morality suit us, and when does it not? And above all, what is the consequence? No relations with these countries or people until they have properly dealt with their past? No.

The German parliamentary resolution is a morally honorable gesture, as was that of the French National Assembly a few years ago. But it is also presumptuous, arrogant, and what's worse, without consequence. Diplomacy is not a competition for moral decency. It is rather the sensible and sensitive managing of international relations. Nothing more, and nothing less.

Have something to say? Add your comments below. The thread closes automatically in 24 hours.

The German parliament is urging Turkey to remember the genocide of the Armenian people 100 years ago. A good move, says Christoph Strack, because coming to terms with past divisions can clear the way for a common future. (01.06.2016)

Bunny Wailer, co-founder of the Wailers with Bob Marley, dies at 73 3m ago