Opinion: Not a good departure for Friedrich | Germany | News and in-depth reporting from Berlin and beyond | DW | 15.02.2014

Opinion: Not a good departure for Friedrich 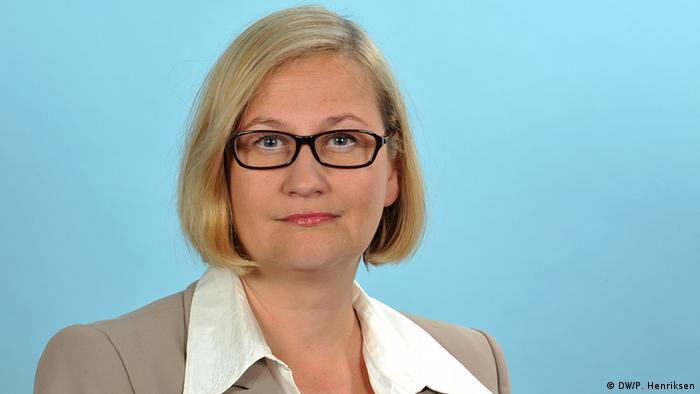 At the press conference announcing his resignation, the CSU politician didn't seem conscience-stricken. Instead, Friedrich emphasized that he remains convinced he acted appropriately. He attributed his departure from office to mounting public pressure and a lack of political backing.

Friedrich is surely correct, at least when it comes to the latter assessment. It looks like he didn't have the support of Chancellor Angela Merkel to sit out the first round of fallout in this case. Government spokesman Steffen Seibert struggled to find words on Friday (14.02.2014) afternoon when he was asked by journalists if the chancellor sanctioned what Friedrich had done. Sometimes silence is also an answer.

There's little dispute as to whether Friedrich would have been allowed to inform SPD Chairman Sigmar Gabriel about the investigation involving parliamentarian Sebastian Edathy. At the time, Friedrich was still interior minister and, as a result, was informed by the Federal Criminal Police Office (BKA) about Edathy's case. Friedrich passed on this information even though he had an obligation to maintain confidentiality.

The outgoing minister's position that he passed the information on due to its "political dimension" does not hold water. Particularly in light of such a dimension, Friedrich should have known that he wasn't allowed to talk about it. The result has been easy bait for the opposition, which had already demanded his resignation in the past. A minister who can't maintain silence when necessary is unfit for the job - the opposition is correct on that point.

Who talked to whom and when?

Coalition negotiations were in full swing at the point of time in question - between the CDU/CSU on one side and the SPD on the other. It is easy to believe that Friedrich acted with good intentions. Passing on confidential information to a future coalition partner could be perceived as a positive signal within the SPD. Especially since the party head Gabriel did not remain silent and relayed the information further to parliamentarian Thomas Oppermann.

Statements have differed thus far as to who informed whom and when, which makes the episode more explosive. For example, the BKA denies that it confirmed Friedrich's report to Oppermann. If that did in fact transpire, it's worth questioning how airtight Germany's security apparatus is.

The public prosecutor's office handling the Edathy investigations in Hanover has expressed shock about the flow of information. It is not yet clear if prosecutors will take up a case against Friedrich for violating the confidentiality of information he received in an official capacity. Further investigations of who talked when can and likely will follow. A case that initially involved a single parliamentarian has meanwhile become a crisis for the government, and Friedrich is to blame.

However, Friedrich struck a defiant note at the press conference, announcing, "I'll be back." Perhaps he views himself as a pawn, since his departure represents a manageable blow for Merkel. The minster was already seen as a liability. When the NSA scandal broke, he was too quick to dismiss the accusations as excessive. He also ruffled feathers when it came to immigration and refugee policies. After last year's election, he was removed from his post as interior minister. Consequently, it was easy to watch him go rather than lend him support.

But trouble may still be ahead for Merkel. After just under two months in office, her government already has to cope with a minister's resignation. There is no successor readily available, and investigations will continue. The CDU's Secretary General Peter Tauber has called upon his party's coalition partners to provide clarity in the case. It would be unsurprising for such a call to come from the opposition, but from within the coalition? The new government's image is already more than lightly tarnished.