Did Germany's former agriculture minister break the law? While his words might have placed an investigation in danger, the question will become one of timing, "secrecy" and the "political dimension." 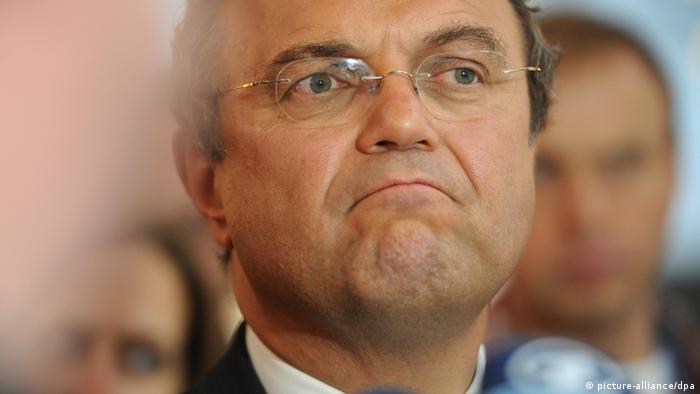 At 5 p.m. on Friday (14.02.2014), German Food and Agriculture Minister Hans-Peter Friedrich of the Christian Socialist Union stepped down. Afterwards, as before, he remained unconvinced that the resignation was politically or legally justified. But the pressure had built so much in the final hours that he felt he could not perform his office "with the political support that is necessary."

Back in October 2013, then-Interior Minister Hans-Peter Friedrich informed the head of Germany's Social Democratic Party (SPD), Sigmar Gabriel, that the name Edathy had come up during an investigation abroad.

Of 'danger' and 'secrecy'

The question is whether, in saying this, Friedrich potentially broke German law with regard to official secrecy in a manner that's punishable under paragraph 353b of the country's penal code. In passing along that information, the potential success of that investigation was put in danger.

Friedrich himself is supposed to have received the information from Germany's Federal Criminal Police Agency, an exchange of information that's likely unobjectionable legally.

But according to paragraph 6 of the "Bundesministergesetz," or Federal Ministry Code, Friedrich was obliged to keep silent - and to preserve that silence when the investigation was raised during the affairs of government.

Unless, that is, there was no need for secrecy. Friedrich's previous spokesperson for the interior ministry told the news agency DPA that his former boss had informed Sigmar Gabriel of the case due to its "political dimension." He added that Friedrich did so at a point when no concrete criminal charges had been lodged.

The Hanover public prosecutor confirmed Friday (14.02.2014) that it would be investigating former SPD parliamentarian Sebastian Edathy on suspicion of possessing child pornography. According to the prosecutor, the material is in a legal "gray area" in terms of the legal definition of child pornography.

The resignation of Agriculture Minister Hans-Peter Friedrich is the first big blow to Chancellor Merkel's two-month-old government. And it's not just Friedrich's role in the Edathy affair that led to his stepping down. (14.02.2014)

Christian Wulff was the first German president to resign because he was under investigation for abuse of office. Now, the case is before the courts, and DW's Volker Wagener says it remains deeply embarrassing. (14.11.2013)

Thomas de Maiziere is Germany's new -and old- interior minister and a close confidant of Angela Merkel. Sometimes tipped as a future chancellor, his political career has recovered from a surveillance-drone scandal. (16.12.2013)