The resignation of Agriculture Minister Hans-Peter Friedrich is the first big blow to Chancellor Merkel's two-month-old government. And it's not just Friedrich's role in the Edathy affair that led to his stepping down. 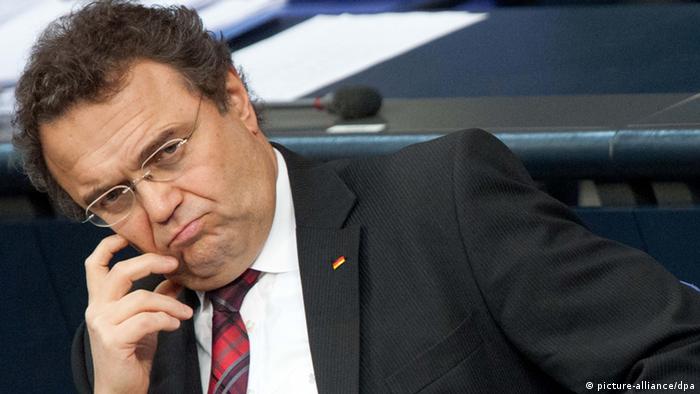 Hans-Peter Friedrich is seen as conservative and has been criticized for his policies and the way he handled major issues during his tenure as interior minister from 2011 to 2013. Nor is he exactly known for his charm, coming across, at times, as slightly wooden.

Born in 1957 in Naila, near the northern Bavarian town of Hof, he has a PhD in law and also studied economics. He is married with three children.

In March 2011, Friedrich became interior minister, a position seen as one of the most covetable in Merkel's cabinet. He got off to an awkward start when he insisted that the idea that Islam, insofar as it formed a part of Germany, had no basis in history. He was reacting to a statement by then-President Christain Wulff to that effect.

He was also seen as less than sensitive when it came to immigration in general, particularly when it came to taking in refugees from either Syria or the Italian island of Lampedusa.

But it was the uncovering of a decade-long neo-Nazi killing spree, allegedly perpetrated by the right-extremist NSU cell, that truly shone the spotlight on Friedrich. The missteps by German authorities during the investigations of those murder cases shocked the nation.

In August 2013, a cross-party parliamentary panel came to the conclusion that police and intelligence "totally underestimated" the threat of the NSU. It called for a complete overhaul of the police and intelligence services. Friedrich did react, but critics say he never found the right words, that he lacked sensitivity and was generally out of his depth. 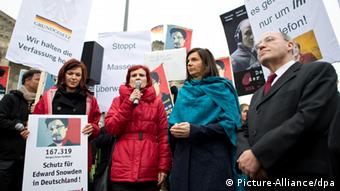 Friedrich underestimated the reaction to the NSA debacle

Things went downhill from there. Waiting in the wings was the wiretapping scandal surrounding Edward Snowden's NSA revelations.

Friedrich duly traveled to the US to demand answers and find out details from his US colleagues. He not only came back empty-handed but also declared that the crisis was over.

Only it wasn't. Shortly after this unfortunate step, it emerged that the NSA had also tapped Chancellor Merkel's phone. Friedrich had underestimated not only the extent of the crisis but also the outrage among ordinary Germans.

When the new Grand Coalition government was formed in December 2013, some thought he was up for the chop. He managed to stay in the cabinet but had to switch to the far less important Agriculture Ministry.

When he resigned on Friday, he said he had been planning to put "a lot passion and his heart" into the post and that he firmly believed he did not do anything wrong in the Edathy affair.

For Chancellor Merkel, though, it must feel like Groundhog Day. Over the last two years, she has lost several cabinet ministers to scandals. In 2011, then-Defense Minister Karl-Theodor zu Guttenberg resigned after being accused of having plagiarized his PhD thesis; he was later stripped of his doctorate. Education Minister Annette Schavan resigned for the same reason shortly thereafter.

Former German President Christian Wulff, a Christian Democrat endorsed by Merkel, stepped down in 2012 over corruption allegations during his term as premier of the state of Lower Saxony.