Opinion: Nigeria at 60 — The young make the difference

There are some who believe that there is not much to celebrate on Nigeria's 60th anniversary. But Nigerian activist Maryam Laushi pins her hope for a better future on the resilience of the country's youth. 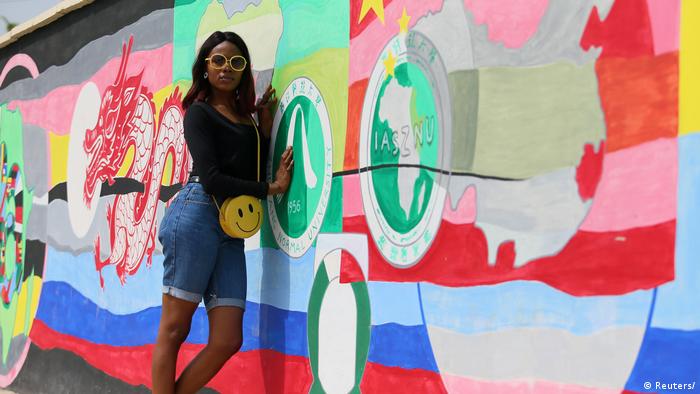 Nigeria gained independence from colonial rule on October 1, 1960. It was a time of great excitement for Nigerians, who were bursting with ideas for what they could accomplish as an independent nation. In 1963, Nigeria adopted a new constitution and became a republic, with Nnamdi Azikiwe as president and Tafawa Balewa as prime minister. At this point, the country still had a semblance of democracy. 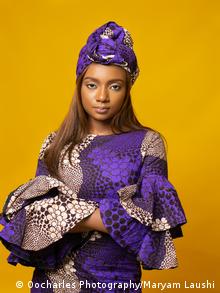 In 1966, army officers made a move to overthrow the government. Several other coups followed. A civil war led to unimaginable loss of life and harsh dictatorial regimes.

Nigeria returned to civilian rule in May of 1999, when Olusegun Obasanjo was elected and sworn in as president. Since the return to democracy, Nigeria has had regular elections every four years. Some have argued that they were not free and fair, but others believe they were democratic.

Over the decades, Nigerian citizens have lived through tumultuous times due to high unemployment rates, insecurity in more than one region of the country and ethnic as well as religious bigotry.

When considering Nigeria's achievements since independence, there's not much to celebrate. The country is still struggling to meet the needs of its citizens and become a front runner in developing infrastructure, the economy and the society.

The question of why this is so needs to be asked. One reason is that disunity caused by ethnic and religious bigotry conditioned the choices available for elective positions within major parties. They have also affected public opinion in selecting who to vote for.

Another reason is corruption, which has plagued almost every administration since independence. It is proving to be deeply rooted, a harsh reality that has yet to be changed.

Despite all the problems faced by a country still struggling to define its identity, Nigeria's has a valuable asset: its young people and their resilience. Young Nigerians have chosen to fight injustice in new ways and the results are clear for all to see.

Take Kiki Mordi, who was instrumental in exposing the "Sex for Grades" scandal, where female university students were pressed by lecturers in their schools to exchange sex for passing grades.

After the documentary was aired, the Nigerian Senate passed a sexual harassment bill to fight the abuse; there is still a long way to go, but the impact is already evident.

Eyes on the future

In the world of business, many young Nigerians are giving their best not only to survive, but also to provide a livelihood for others working for their companies.

While the debate over Nigeria's past achievements is interesting, a more pressing question is: What can Nigeria do to help ensure that its young people can compete on the world stage and what is the best way to create an environment where they don't just survive, but can also thrive?

If the government of Nigeria wants its young people to have a better future than is currently possible, it has to ensure the safety of its population. The country is plagued by insecurity. The permanent feeling of not being safe is crippling, and the situation is not helped by the high number of deaths caused by banditry and violent extremists. 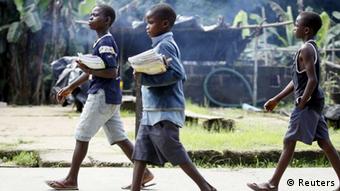 Nigeria's youth is resilient but needs to be supported to thrive

Democracy needs to be inclusive

Another important step is instituting consultative governance. This would incorporate the needs and opinions of the country's young people, women and all Nigerians down to grassroots level. Until the democratic rights of Nigerians are taken seriously, Nigeria's democracy will not get ahead. And in order for progress to be achieved, a more inclusive government or governance system needs to be established.

Entrepreneurs need an environment conducive to business growth. Taxes shouldn't be exorbitant and neither should bureaucratic fees. The government should provide essential services like functioning electric power, access to the internet, easier access to national and international markets, stronger institutions to support all business processes and even a reform of the civil service.

Nigeria should be working towards building a sustainable future, remedying its ills rather than doctoring symptoms. Young Nigerians, as well as older ones, hope for a future where inequality gaps can be closed, society in general can be more inclusive, so they will live in a country that cares for them.

Maryam Laushi is a Nigerian activist who is behind the Not Too Young To Run lead campaign. She has been awarded several prizes for her efforts to raise awareness on gender equality, social justice and youth inclusion in politics.