It's been a long time since Latin America has seen this kind of a witch hunt: within the span of a few days, Nicaraguan President Daniel Ortega ordered the arrest of four critics of his government. While the repression was previously directed primarily against students who had taken to the streets to protest against his authoritarian family clan, now potential opposition candidates are being targeted.

The actions have made clear that, for Ortega, the presidential election in November is just a formality and that he will not take the slightest risk of handing over the reins. It's a wake-up call for anyone who thought there was still room for negotiating fair elections with the Sandinista regime in Managua. Ortega joins the club of authoritarian regimes, from Cuba to China and from Russia to Turkey. He is willing to play the role of the pariah. His international image is less important to him than holding on to power.

The escalation was foreseeable and prepared long in advance. With the NGO Law — popularly known as the "Putin Law" — the Sandinista regime obliged citizens and institutions to register as "foreign agents" if they received financial support from abroad. This forced numerous NGOs to either close or operate in a legal gray area. 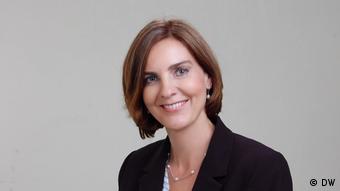 Sandra Weiss is a DW correspondent based in Mexico

In addition, Ortega's government implemented an anti-terror law that is so vaguely worded that any demonstrator can expect to be imprisoned for years as a terrorist. A few days ago, one of the two opposition alliances was disqualified from the upcoming election. The second is in the process of being deprived of all its candidates who are being jailed. The space for critical and dissenting voices has shrunk like a punctured balloon.

But this has also come at a price for Ortega. He was once at the forefront of the Sandinista revolution, fighting US-backed dictator Anastasio Somoza. It was a David against Goliath fight, a battered population against a bloodthirsty clan. It garnered sympathy for the Sandinistas worldwide and they received considerable support.

A caricature of Samoza

Now the former revolutionary junta leader himself has turned into a caricature of Somoza. He has pensioners beaten up and sends police snipers after young demonstrators. The situation amounts to a revolutionary's declaration of moral bankruptcy. Nicaraguans are not likely to forgive Ortega for this, especially the elderly. But even the country's young people dream of a democratic, pluralistic country that is no longer ruled in an authoritarian and patriarchal manner and run like a family business. Ortega has forced many young Nicaraguans into exile.

Ortega has watched as most of his former companions have already turned their backs on him. But his clan is playing for time. He hopes critics will run out of steam and fade away. The strategy seems to be that at some point thanks to state brainwashing, the next generations of Nicaraguans will be unable to imagine anything other than one-party rule by a family clan.

What can foreign countries do about it? First and foremost, support those who — against all odds — continue to hold aloft the torch of freedom and democracy.

Australia: Floods in Sydney worsen, 50,000 told to evacuate 2m ago