Opinion: Mexico′s uprising for the rule of law | World| Breaking news and perspectives from around the globe | DW | 24.10.2014

Opinion: Mexico's uprising for the rule of law

Four weeks after the alleged massacre in Iguala, the perpetrators have been named and warrants issued for their arrest. But the protests will continue - rightly so, says DW's Uta Thofern. 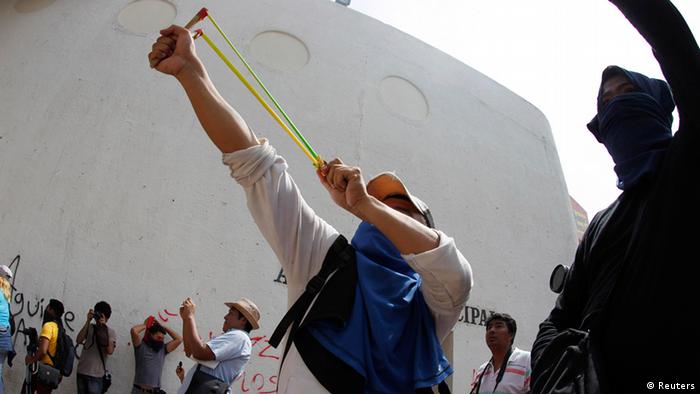 Bit by bit, investigations are confirming what has been clear to everyone in Mexico for weeks. Of course the mayor of Iguala and his wife were behind the disappearance of the 43 student teachers. Of course these two local politicians had been hand in glove with local criminal gangs, who in turn were in league with the town's police. The whole system could never have worked otherwise. How is a local mayor supposed to exercise power if he has no money to distribute, and no "narcos," as the drug gangsters are known, to implement his interpretation of the law by force?

For most Mexicans, the results of the attorney general's investigation were no surprise, because Iguala is not an isolated case. Encouraged by the extreme social inequality that still exists in Mexico, corruption is common at all levels of the administration. It is hardly surprising that police officers, too, are prepared to collaborate with organized crime, especially since the narcos resort to brutal violence if anyone tries to oppose them. The fact that, for the most part, they can bank on going unpunished relates to the good connections many politicians have with the drugs mafia. See above. And so the administration and the criminals work together unimpeded in many places. 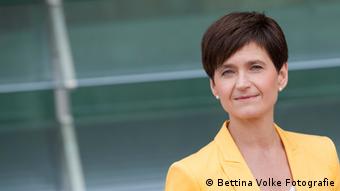 The disastrous consequence of this is the loss of any kind of state authority. The Mexicans no longer have any trust in their state; they have lost patience, and they no longer make any distinction between a local mayor and the president of the country. After a drug war that has gone on for decades; after more than 100,000 murders and umpteen thousands of missing persons, what Pena Nieto's government has managed to come up with is simply too little, too late, too feeble - and therefore not credible.

Demanding the rule of law

How, indeed, are people supposed to believe that, after such a long search, after so many arrests, after so many statements, there is still no trace of the missing students? They continue to demonstrate in their tens of thousands under the slogan "We want them alive," but essentially no one doubts any more that these 43 young people were massacred. The president has sent in the state police, disarmed the local security forces, and condemned their actions - but he has neither spoken to the victims' relatives nor visited the teacher training college where the victims were students.

Such a gesture on its own would not enable Pena Nieto to gain the people's trust, but it would be a start: The start of a sorely-needed dialogue with a civil society that is beginning to organize more strongly in response to the events in Iguala. And actions must follow the dialogue. The people don't just want to see arrest warrants, they want to see perpetrators sentenced. The criminal law reform was a step in the right direction, but so far there have been too few results. It needs to be reexamined and tightened up, especially where it deals with fighting corruption in accordance with international standards. Furthermore, in order to win back credibility, Mexico should not shy away from asking for help and advice from outside - from the United Nations, for example.

For some time now Iguala's disappeared have no longer been the main focus of the protests in Mexico, which now constitute an uprising, a call for a state under the rule of law. If the president does not deliver this, and fast, he will find himself under increasing pressure - not only from abroad.