The way penalties for abuse of office were relaxed make it abundantly clear that the Romanian government knows it has made the illegal, legal. Now the country needs help from the EU, writes Peter Janku. 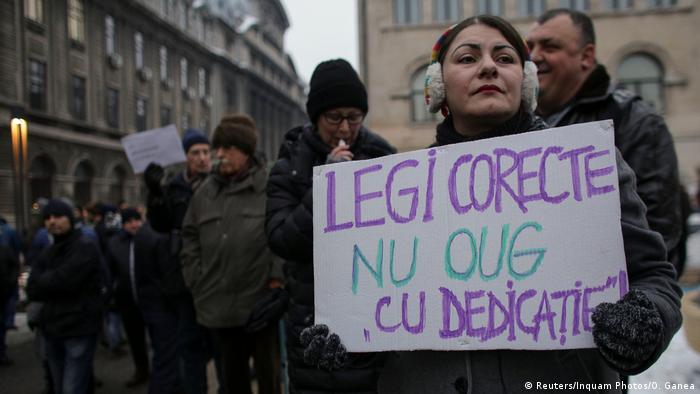 They came together like proverbial thieves in the night. Without even informing his cabinet colleagues of his intentions during the day, Justice Minister Florin Iordache added the controversial emergency orders to the agenda of a cabinet meeting scheduled unusually late.

Then he relentlessly pushed the decree through. The reason, as government supporters never tire of stressing, was to "relieve the country's prisons," which are bursting at the seams. The new decrees were published in the official protocol that very night, so that they would have immediate legal effect. 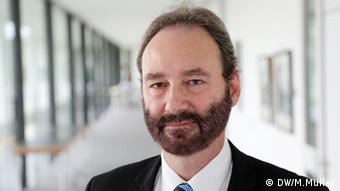 Peter Janku says the EU must now intervene in Romania

The government has refused to accept thorough reviews by experts, who have repeatedly stressed that Romanian prisons are in no way overfilled, certainly when compared to Italian or Dutch detention facilities. In a hastily organized press conference, Iordache remained unfazed by all fact-based criticism. He only stated repeatedly, that the government and parliament "have the right to enact laws and regulations."

But the true purpose of these regulations can be surmised by the speed with which they were pushed through, as well as the bold disregard for any attempt at observing democratic and civil law and custom. It was all about providing a clean slate by decree, and the possibility to continue governing for the head of the Social Democrats, Liviu Dragnea, who has been sentenced for electoral fraud and is confronted by further accusations of illegality. The decree will also help dozens of other party members who have been charged or sentenced for corruption and abuse of office.

President Klaus Johannis, who had previously enforced the withdrawal of the draft regulations from the government agenda, reacted with concern. Having himself been repeatedly threatened with impeachment by the populist PSD party and their liberal allies, he lamented the cloak-and-dagger operation, which was followed by spontaneous protest demonstrations.

Johannis called it a "day of mourning" and vowed to fight for the restoration of the rule of law in Romania "until his last day in office". There was harsh criticism from all sides, including - remarkably – the trade unions, which are traditionally closely connected to the left-wing-nationalist administration.

Only the European party headquarters, who are busy dealing with Trump and right-wing populists in Central and Eastern Europe, had little to say initially. By morning only German Green Party MEP, Rebecca Harms, had written a message on Twitter, impressing on the president of the EU Commission, Jean-Claude Juncker, and the president of the EU Council, Donald Tusk, to help Romania maintain the rule of law.

Around lunchtime Juncker and the German Embassy in Bucharest finally released a statement communicating their deep concern. But faced with the efficiency of anti-democratic and ultra-nationalistic propaganda broadcasters, the success of such interventions is far from guaranteed.

We must not leave Romania alone

Is the rule of law now fundamentally endangered in Romania? This was where, in the early 1990s the post-communists named their authoritarian system an "inventive democracy."

And elsewhere, from Ankara to Budapest, from Warsaw to Washington, rampant populism is impinging on once indisputable principles. Or could it be that the rule of law in Romania is already dead? It is not possible to rule out one or the other. But resuscitation procedures are urgently needed. Europe must, by no means, leave Romania alone. The only sensible way forward is through careful observation and effective action.