By vaccinating younger people before the elderly, the Indonesian government is hoping economic growth will save lives, says DW's Vidi Legowo-Zipperer. 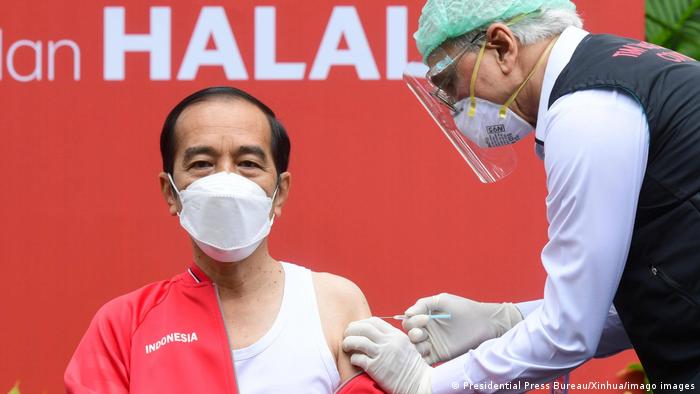 In Germany, a 101-year-old nursing home resident was the first person to receive a COVID vaccine. In the UK, it was a 90-year-old pensioner, and Canada's first recipient was 89.

In Indonesia, however, my 92-year-old grandmother will probably be last in line.

In December, Indonesia's government announced that its vaccine plan would prioritize frontline medical staff and public sector workers, therefore targeting the workforce aged between 18 and 59 years. Vaccinations for older people will come later.

A month later, President Joko "Jokowi" Widodo, was the first in Indonesia to receive a COVID vaccine shot. At 59 years old, he had just made the cut. Vice president Ma'ruf Amin, 77, is considered too old for an early dose.

Young before the old? 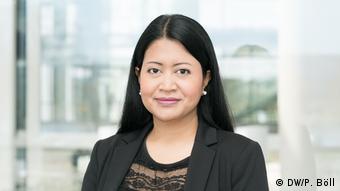 Indonesia's plan soon raised questions around the world, as it was the opposite of what many other countries were doing.

The answer often heard is that health officials are concerned about how the CoronaVac vaccine, developed by China's Sinovac, will affect older recipients.

The late-stage trial in Indonesia did not include participants over the age of 60.

Growth at all costs?

But is herd immunity the real reason behind Indonesia's unorthodox vaccination plan?

Indonesians over 60 years old represent a small percentage of the population, but account for around 46% of COVID deaths.

However, Tarmizi said that the younger age group "plays an important role in economic activities that support families. They move the economy, and therefore we give priority to those aged 18-59 years."

Economy is the keyword in this statement.

Jokowi has often said he wants to push Indonesia's economy forward, aiming for a 7% growth target. That growth target was never realized during his first term, which ended in 2019 with the economy growing at around 5%.

He wanted to make growth a reality in his second term. But then COVID happened.

In November 2020, Indonesia's economy entered a recession for the first time in two decades. It shrank 3.49% on an annual basis in the third quarter, as losses were experienced in almost every sector as COVID cases rose.

The decision prioritizing the working-age population is an indication that Indonesian government urgently needs restart the economy.

Giving younger people vaccinations first would be controversial in other countries, but many Indonesians have welcomed the plan. More people have been worried about losing their jobs than getting sick.

In October, Jokowi, defended his decision not to impose province or city-wide lockdowns in places where cases were surging, arguing hurting livelihoods also harms the public.

Only time can tell whether this unorthodox vaccination strategy works out like the government hopes it will.

And if so, will the faster-than-expected economic recovery provide enough comfort to the thousands of Indonesians who have lost elderly relatives to COVID-19?