Indonesia's top Islamic body has given religious approval to China's Sinovac vaccine just days before the country is set to start its inoculation programme. 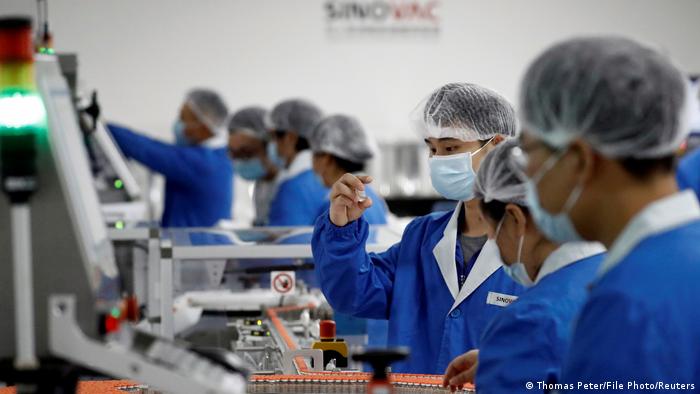 Indonesia's Ulema Council on Friday gave its approval to a coronavirus vaccine produced by China's Sinovac Biotech, deeming it to be permissible under Islam.

The council said the shot, named CoronaVac, was "holy and halal," although the vaccine's medical authorization still rests with Indonesia's food and drug agency.

Indonesia, the world's largest Muslim-majority country by population, has received 3 million doses of CoronaVac and is due to begin its vaccination program within days.

Researchers are expected to report the results to both the regulator and state-owned pharmaceutical firm Bio Farma.

Indonesian President Joko Widodo has said that, if the vaccine gets the go-ahead, he will receive the first shot next week with some ministers and senior officials, followed by health care workers and other public employees.

Jakarta has signed agreements with Sinovac for millions of doses of the vaccine, which requires two injections. Some 3 million doses have already arrived in the huge archipelago nation and are being distributed in preparation for rollout.

Indonesia has also signed agreements with other companies, including Novavax and AstraZeneca, which have yet to arrive.