Greece is borrowing money on financial markets - successfully. With a bit of cheek, says DW's Rolf Wenkel, you can obviously count on investors' greed just as much as on the European taxpayer. 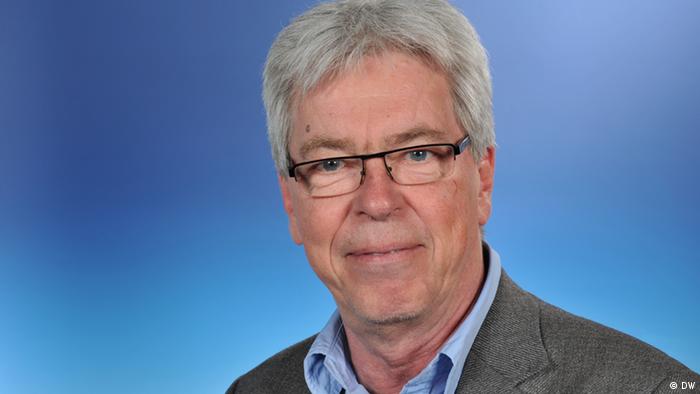 Greece has taken the bold step of going to the capital markets to borrow money for the first time since the debt crisis erupted four years ago. The country successfully placed a five-year bond and collected a total of 2.5 billion euros ($3.47 billion). According to Athens, the demand was enormous and the interest rates low.

Even if that amount of money can hardly save the world, it is obviously intended as a clear message to the Greek population: You see, we have managed the turnaround; the markets have regained confidence in us; there is no reason to punish us during the upcoming European elections by voting for political parties that are hostile towards Europe. A critical look at basic economic facts, however, clearly shows that it will take years before Greece can once again be integrated into the private money market.

The country's economic performance has dropped from 230 billion to 180 billion euros since the crisis erupted in 2010. The unemployment rate has doubled to 27 percent. Not only has the national debt not been reduced, it has even risen from 300 to 320 billion euros - and that in spite of the radical haircut on debt which saw private creditors lose around 100 billion euros.

After Japan, Greece is the world's most highly indebted country. As it struggles with a national debt equaling almost 180 percent of its gross domestic product, some experts say it urgently needs another debt haircut. Notwithstanding, Greece's return to the money market should be seen as a success - a predictable success. After all, a bit of cheek often pays off and, aside from that, Athens was obviously able to rely on the greed of investors who couldn't care less about the country's continuing enormous problems. The new bond offers comparatively high interest rates - and should things go wrong and Athens default on its new debts, the European taxpayers will have to pick up the bill.

And Greece can also take advantage of the fact: investors have been pulling enormous sums of money out of newly emerging markets ever since the US Federal Reserve announced a tougher monetary policy and has been gradually backing out of its bond acquisition program. This capital now needs to be invested elsewhere - preferably with the highest possible returns. The more creditworthy bonds are - as with Germany - the lower the interest rate. That's why investors have rediscovered the eurozone's crisis countries. Spanish and Italian bonds have already profited from this trend with rising rates and decreasing returns.

Besides, Greece probably wants to impress German Chancellor Angela Merkel when she visits Athens on Friday (11.04.2014). The country will indeed continue to be in dire need of additional financial support from the International Monetary Fund, as well as the European Union, for years to come. But it definitely wants to avoid having to accept a third aid package which would be tied to compulsory budget cuts. That's why Greece is trying to create an unrealistically positive image, claiming that already last year it had achieved a current account budget surplus, in other words, income and expenditure would have been balanced if it hadn't been for interest payments.

That, however, would have been a miracle. According to the European statistics agency Eurostat, there was a huge 17.6-billion-euro deficit in the first three quarters, which means there must have been a miraculous fourth quarter, if 2013 really closed with a surplus. Eurostat says it will produce final data within the next two weeks. Until then Greece would be well advised not to add to its reputation for tricky financial practices.

Nearly half the Greek workforce is unemployed or unpaid. Nikos Aivatzidis and Alexandra Tsitoura work at a firm that hasn't paid them in years. How do families like theirs survive in the EU's most depressed economy? (09.04.2014)

Stadler: The mood in Greece is improving

The EU elections in May will be an important test of opinion regarding Greece’s reform and austerity policies. Robert Stadler, the publisher of the Griechenland-Zeitung (Greece newspaper), is cautiously optimistic. (05.04.2014)