Opinion: Everyone has failed Syria

Entering its fifth year, the Syrian tragedy continues with "Islamic State" making the situation all the more complex. But the international community is not the only one to have failed Syria, says Rainer Sollich. 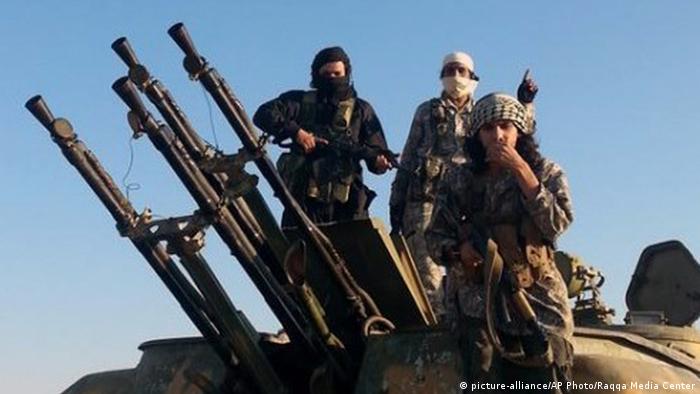 The figures are horrifying: the war in Syria has killed more than 210,000 people in the last four years, including 10,000 children. Many of them were killed by snipers. Half of the 23 million Syrians have been displaced. Around 10 million don't have enough to eat. And over 11 million desperately need access to potable water. Vast numbers of people are injured or mutilated. Entire generations will be traumatized for a very long time.

And what about the international community? It has been looking on, for the most part, inactive, as the murders and displacement and starvation continue in Syria. For four years now. And it isn't getting any better. It's becoming ever more complex. And it's becoming ever worse for those affected.

Killing complex on both sides

The forces on the other side conflict, driven by the self-proclaimed "Islamic State" (IS) and other extremist Sunni groups such as Nusra Front, have set up the machinery of death just as capably as Syrian President Bashar al-Assad and his allies in Tehran, Moscow and the Lebanese Hezbollah.

IS is supported by wealthy allies in Turkey and the Gulf states. It massacres its opponents and civilians and broadcasts the barbarities online for the whole world to see. Against this backdrop, it seems to be becoming easier to forget that the Assad regime is using barrel bombs and its own army to crack down on civilians in just as brutal a manner. 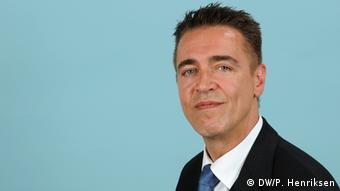 UN High Commissioner for Refugees Antonio Guterres rightly speaks of the "worst humanitarian crisis of our time." It is right that the media and aid organizations condemn the "failing of the international community" in this regard. All of us have failed Syria - from Germany to Russia, to the US, to Iran and to Saudi Arabia. Because all of our governments that may have possibly been able to do something, for example engage in serious mediating, or even military intervention, have done nothing!

They do nothing because they have their own political or economic interests in the region or because they fear the unforeseeable consequences of another intervention in the Middle East for the region or even for all of world politics. It is particularly disgraceful that promises of aid have not even been kept and that Syrian refugees, especially in European countries, are viewed by many as an economic burden and are not accepted because they are from a "foreign" culture.

The experts are not wrong when they say the moderate Syrian opposition should have been given military support earlier on. The conflict would have possibly developed differently. But nothing is certain. The Syrian national congress and the so-called Free Syrian Army, which are both becoming increasingly insignificant, are nowhere near the brutality of the mass murderers in the regime and IS.

And those moderate powers, whose political visions were free of hate and sectarianism, were in fact not supported enough by the US and Europe. But they also failed politically; they were unable to adequately integrate Syria's Alawites and Christians into their democracy movement.

Four years since the start of the Syrian civil war, a group of aid organizations has called on the United Nations to commit itself to ending the conflict. Despite UN resolutions, the situation continues to worsen. (12.03.2015)

The bloody civil conflict in Syria is entering its fifth year amid a humanitarian emergency of huge dimensions. With no end to the fighting in sight, US' John Kerry has said he is willing to negotiate with Assad. (15.03.2015)

Save the Children's Buswell: 'Don't give up on Syria's kids'

A new report entitled "Failing Syria" has lamented Syrians' plight and lambasted the international community for failing to stop the fighting. The situation is particularly dire for children, explains Misty Buswell. (12.03.2015)

Many moderate opposition forces have also failed to significantly distance themselves from IS' sectarian hate, but instead tolerated IS as an ally against Assad for far too long. These groups are thus partly responsible for the rise of IS, just as Assad himself is as well, though Assad from the very beginning had planned this.

The dictator at first called his military off from the militants because they served his purpose - only with their help could he gather the "evidence" he needed so that many Alawites, Christians and even some Sunnis continue to seek the "protection" of the regime. And thanks to that, he basically allowed IS to rise so that now even in the West, a number of observers are raising the question whether Assad might not possibly be the lesser of two evils.

But he certainly isn't. Bashar al-Assad is not any better than the murderous "Islamic State" gang. He is, rather, the one who caused the escalation in the first place four years ago by brutally cracking down on Syrians who were calling for a free, democratic Syria.

But it isn't only the international community and Assad who are to blame. The Syrians themselves have failed as well, at least their leaders and representatives. They all have pushed themselves deeper into a bloody conflict, which, thanks to goings on in Iraq and meddling on the part of Gulf states, Ankara and Tehran, has now become so very sectarian that it's no longer imaginable that Syrians will ever again work together as a united people.

Up until four years ago, Syria was a fascinating country with a diverse culture, governed by a brutal dictatorship. But this country no longer exists. Syrians themselves have, with the help of foreign allies, destroyed it and allowed the creation of an atmosphere of hate, death and violence in which their children will have to grow up for years to come. As the rest of the world looks on.

Opinion: Navalny's struggle goes beyond an anti-corruption crusade 3h ago