The German Federal Intelligence Service (BND) has been spying on journalists and recruiting them as informers for years. That was an obvious attempt at eroding freedom of the press, says DW's Heinz Dylong. 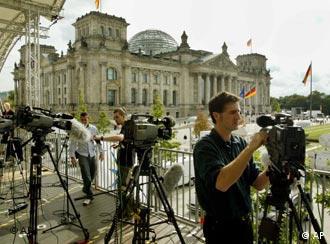 The German government considers press freedom to be of utmost importance

The role of the German Federal Intelligence Service (BND) is defined by law: Its goal is to collect and process information about foreign countries. The collected information is then placed at the disposal of the German government. So far, so good.

A certain grey zone emerges in the area of so-called "self-protection" of the BND. That's where the BND can also be active inside the country. And it is far into this grey zone that the BND pushed itself. In order to find out the source of leaks to the press, the intelligence agency not only spied on journalists, but also used the services of the journalists who investigated their own colleagues and even kept tabs on their private lives.

One could play down the whole thing and say that grey zones are simply places in which borders are crossed rather quickly. But the procedures in this case cannot be played down. The relationship between the press and intelligence agencies in a constitutional state is too sensitive, even conflicting. While intelligence agencies work secretly, placing the collected information only at the disposal of the government, journalistic research has as its goal to obtain information and offer it for public scrutiny.

A pretence of self-protection 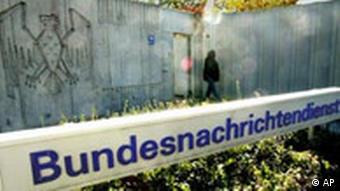 Was the BND purposefully interfering with freedom of the press?

The issue got even more controversial when the BND -- under the pretense of self-protection -- obtained information about the journalistic research which concerned the agency itself, its work or its possible shortcomings. This is no longer "merely" a border violation. This is obviously an erosion of press freedom.

Berlin has now decided to draw initial consequences. The secret report about the BND activities should be made public. Additionally, the chancellery now formally stipulated what was actually always obvious: in order to detect leaks within its ranks, the BND will not be allowed to spy on journalists in the future.

Until now, operative measures which involved journalists had to be approved by top BND officials. This, in turn, created the impression of a certain uneasiness in those cases, which, however, was eventually ignored. The consequences are now at hand: Clarification is necessary about what was approved by which top officials in which cases and for what reason.

The government spokesman justified the new directive from the chancellery by saying that freedom of the press is such a supreme good, that the interests of the BND's self-protection must be subordinated to it. One couldn't agree more.

A parliamentary committee has decided to make public a top secret report on the role of the Federal Intelligence Service (BND) in spying on journalists and recruiting them as informants in an effort to plug leaks. (May 16, 2006)

Amid calls for clarification, the German government Monday ordered its Federal Intelligence Service to stop spying on journalists following allegations that it tailed and recruited reporters for years. (May 16, 2006)

German intelligence officials kept tabs on the professional and private lives of journalists in a widening scandal as the agency celebrates its 50th year. (May 12, 2006)