Opinion: Dialogue is Always Progress | Germany| News and in-depth reporting from Berlin and beyond | DW | 03.05.2007

As an attempt to institutionalize dialogue between the Muslim community and the German government, the Islam Conference has a long way to go. But that dialogue is even possible now is progress, argues DW's Baha Güngor.

Launched last year by Interior Minister Wolfgang Schäuble, this was the second Islam Conference (DIK) to take place in Berlin.

The participants were ready and willing to keep the debate open, however heated, and reach consensus. That is already one positive result. Clearly, the problems, obstacles and prejudices that have amassed over the decades will never be resolved overnight, and the participants were clever enough to make no promises -- and to keep their expectations deliberately low, setting a timeframe of two to three years to realize their goals.

The committee -- made up of Muslims living in Germany as well as German politicians -- also agreed that Germany's separation of church and state as well as the freedom of religion enshrined in the constitution were principles beyond debate.

The tasks of the various subcommittees, therefore, were to address primarily the need to promote improved understanding and an unconditional recognition of German social structures and values. Another priority was to reconcile religious faith with the German constitution. The role the economy and the media should play in tackling prejudice as well as the thorny issues of security and fundamentalism were also up for discussion.

But disputes about the status of the Muslim coordination Council made of four leading Muslim associations show what a long and winding road lies ahead. This council is keen to be recognized as the Muslim's community's definitive representative, but the call has been rejected by Interior Minister Wolfgang Schäuble on the grounds that an organization that counts as its members just ten percent of Muslims living in Germany should not be in a position to speak for an entire community. 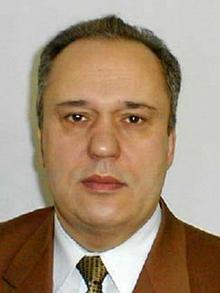 The council's argument that the Catholic Church represents all Catholics, including those who do not belong to the church, is a weak one. The Catholic Church, after all, represents a considerably larger number -- a handful of fringe groups aside -- whereas the Muslim council's members number 350,000 of over 3,5 million Muslims in Germany. Moreover, some 500,000 Alevites and 200,000 Shiites cannot be ignored even when the majority of Muslims here are Sunni.

Many new developments, however, should be welcomed. Germany's individual states are increasingly eager to include immigrant experts in their decision-making processes. The reluctance of various immigrant groups to integrate is finally being constructively addressed, which shows that Germany is willing to listen to minorities with and without German citizenship -- and thereby widen the scope for cultural diversity in Germany.

Germany's 3.5 million Muslims make up just four percent of its population. But the way this minority is treated is a test of how open-minded and tolerant Germany is -- and how capable it is of respecting other religions. In this respect, the Islam Conference is an important step in the right direction.

Baha Güngör is the head of DW-RADIO's Turkish department and an expert on Turkish affairs.

Many See Progress at Berlin Islam Talks, but Differences Remain

The German government attempted to reach out to the country's more than three million Muslims on Wednesday but faced criticism from a Muslim leader for organizing "aimless" talks. (02.05.2007)

Discord Reigns Ahead of German-Muslim Talks

Expectations will be low on Wednesday when German officials and leading Muslims meet for the second bi-annual Conference on Islam. Rows over who is qualified to speak for Germany's Muslims have soured the atmosphere. (30.04.2007)

How well are Muslims integrated into European societies? This was the question taken up in Berlin at a conference that brought together prominent Muslims and politicians from the United Kingdom and Germany. (23.03.2007)