Despite the celebrations over the release of German journalist Deniz Yücel, we must not forget that well over 100 journalists are still in prison in Turkey, writes DW's editor-in-chief Ines Pohl. 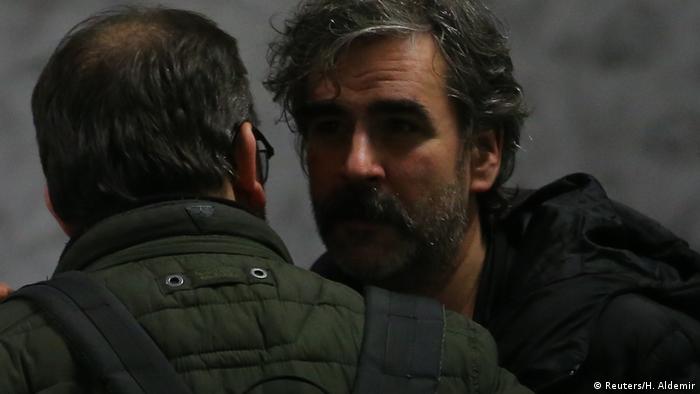 I've known Deniz for many years. I worked with him almost every day for six years. I fought with him over cover stories and the best headlines. It wasn't always a fun, but it was always intense. And I learned a lot from his devotion. Deniz is an excellent, fearless and truly original journalist. He can describe situations wonderfully in his very own almost poetic, sensitive style. But he also knows how to raise a ruckus, get attention and keep it.

The power of publicity

Many of his friends share these skills. They were the ones who did not stop beating on the publicity drum, organizing solidarity concerts and parades of cars all over the country. The hashtag #FreeDeniz was everywhere, all the time. 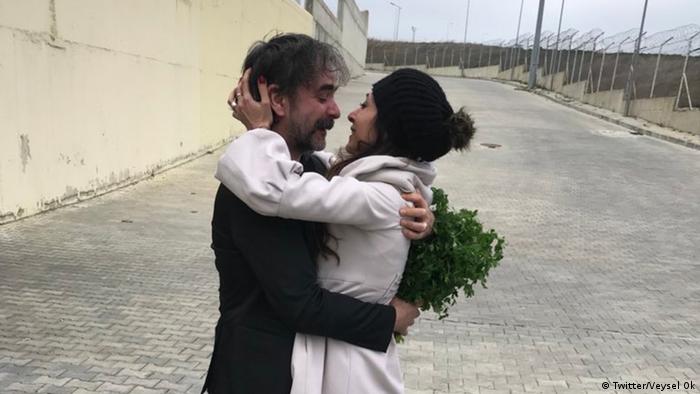 Celebrate Yücel's release — but don't forget the others still in jail

It was also the power of publicity that kept German politicians from shirking their responsibility. Apparently, the night before Yücel's release, negotiations were held at the highest political level. Details of the deal are not yet known.

After a year and two days, Deniz Yücel has finally released from prison. When I heard about it, I couldn't hold back the tears. This free spirit was forced to spend so many hours of the day and night behind bars and in solitary confinement!

There is no happy ending

When the first pictures of Deniz embracing his beloved Dilek outdoors were published, many people must have gasped. The pain is written deeply in Deniz' face. Like a drowning man, he clings to the woman he married during his imprisonment. Is this a touching story with a happy ending?

Not really. Despite all the joy and relief over his release, we must not forget one thing: there are still more than 100 journalists being held in detention in Turkey.

Anyone who hoped that Turkish President Recep Tayyip Erdogan would start an era of detente with Yücel's release was sadly mistaken.

The news about Deniz Yücel had just come out when Erdogan's judges handed down life sentences for six other Turkish journalists. Deniz hadn't even left prison yet.

The fight must not end

The fact that they are not German citizens plays an important role for Germany's diplomats, but this does not mean civil society can give up.

It was moving, perhaps even surprising, to see how many people campaigned over the last year for Deniz' release. This fight must not end now that he is free. There are over 300 journalists in prisons around the world, some of whom are being tortured because they have promoted freedom of the press.

Despite all the joy and relief, we still must remember that as long as even one journalist is behind bars for being critical, we must constantly remind people about it and call on politicians to stand up and fight for that journalist's release. I am quite sure that this is exactly what Deniz wants now.

Cem Özdemir: "We should not forget about the other journalists in prison"