Two German soldiers were among those killed in suicide attacks in northern Afghanistan this weekend. The incident reveals a sore point for the international alliance, says Deutsche Welle's Daniel Scheschkewitz.

Seven people died in attacks in northern Afghanistan this weekend, including two German soldiers. That doesn't reflect well on the security alliance between the International Security Assistance Forces (ISAF) and Afghan troops. The planned step-by-step handover remains a sore point.

The latest attacks underscore the devastating statistics: more than 50 German soldiers and a total of almost 2,500 ISAF soldiers have been killed since the start of the Afghan conflict. And the extremists are becoming increasingly dangerous. For the first time, the German army is struggling even to protect its generals.

One of the attackers on Saturday had apparently managed to gain entry to a top-class security meeting in the provincial town of Taloqan, disguised as an Afghan policeman. That's grist to the mill for those who've been complaining for years about the poor training for Afghan police officers. It's the Germans who are responsible for police training, but it would be unfair to attribute the blame to them. 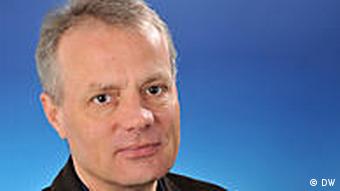 Intelligence agencies had warned of an impending attack, but the top-level meeting was not canceled.

Structural defects in the training of Afghan security forces have long been bemoaned. Afghan soldiers, just like the police officers, are lacking in civil responsibility and national pride. Instead, for many, the old tribal loyalties are what matters.

In addition, jobs in the army and the police force are poorly paid considering the task in hand. Bribery and corruption are rife. A solid salary would give Afghan soldiers, police officers and their families a good livelihood. In such circumstances, it's impossible to create a stable environment. Security remains threatened and its disruption can be a rewarding business for insurgents.

The security handover to Afghan forces in such a climate is more than risky. The recent attack will have heightened the mutual sense of mistrust. On the other hand no one seems ready on the political level to question the imminent reduction in troop numbers. Neither in the US nor in Germany.

Under these circumstances, the Taliban can easily play for time. Either they will take part in peace negotiations - and therefore gain political acceptance - or they will successively bomb their way back to power. The infiltration of Afghan security forces seems to be part of the strategy, which has clearly already paid off. The attacks in Taloqan show that.

Even in the tenth year since the start of the Afghan mission, security is on a knife edge. There is no prospect of improvement. There cannot be a stealthy surrender in front of the Taliban. Otherwise the mission would have been in vain.

Two German soldiers and the police chief of northern Afghanistan were killed in a suicide attack in Takhar province. General Markus Kneip, the German commander of NATO forces in the region, survived the attack. (29.05.2011)

The head of Germany's armed forces has confirmed the death of a Bundeswehr soldier in Afghanistan, according to a domestic news report. The soldier is said to have been the victim of a bomb attack. (25.05.2011)

International forces in Afghanistan have apologized for the deaths of 14 civilians in an airstrike in the southern province of Helmand on Saturday. Afghan President Hamid Karzai criticized the bombing. (30.05.2011)