Opinion: Bosnia is still Europe′s black-hole of corruption | Europe | News and current affairs from around the continent | DW | 07.12.2014

Nationalist politicians of all three population groups in Bosnia-Herzegovina are blocking any kind of progress. The EU wants to inspire a new start - but diplomacy isn't enough, says Benjamin Pargan. 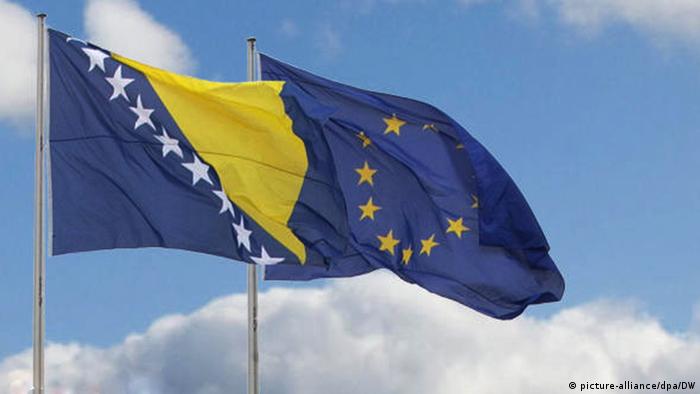 Either the representatives of the European Union have the patience of saints, or they're politically and strategically blind. Or they actually don't have a choice. The Bosnian politicians argued in Sarajevo in the presence of EU foreign policy High Representative Federica Mogherini and Commissioner for Regional Policy Johannes Hahn so uncontrollably that their talks had to be postponed. Nor was it any help that the meetings had been initiated personally by the foreign ministers of Germany and Britain, Frank-Walter Steinmeier and Philip Hammond.

Over the past ten years, the EU's representatives have consistently been made a fool of by the governing politicians of Bosnia-Herzegovina. And they have backed the wrong horse in the race - the more nationalist politicians with their feigned will to reform. They have repeatedly bought the hollow assurances about making the crisis-ridden Balkan country follow a European path from a corrupt political elite. But slowly it ought to be clear to every last representative of the Brussels bureaucracy that these politicians aren't capable of leading Bosnia into the EU. And don't actually want to.

Bosnia-Herzegovina has been a potential membership candidate of the EU since 2010. In order to move closer to the bloc, the country is obliged to introduce reforms - but that would mean an end to client politics. 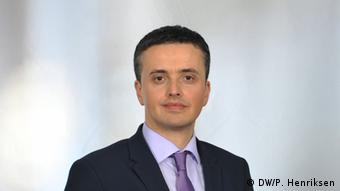 Though the political representatives of Bosnia's three ethnic groups - the Muslim Bosniaks, the Orthodox Serbs, and the Catholic Croats - have nursed their animosities for years, they have found it easy to divide up the country's resources and riches amongst themselves. Each party supplies its benefactors with jobs in the administration, public contracts, and subsidies. That has functioned well for years, and the parties have constantly been re-elected into the many parliaments of the fractured political structures. For that reason alone, the leadership has blocked any reforms that would even give Bosnia official EU candidate status.

This stubborn blockade has been reinforced by a case in neighboring Croatia, where former Prime Minister Ivo Sanader was arrested and sentenced to ten years in prison for corruption. The image of a former government leader in handcuffs has left a lasting impression on his counterparts in Bosnia-Herzegovina, by showing them what could happen if the Bosnian judiciary began investigating corruption, with the EU's support. And it's precisely for that reason why an independent judiciary and a fight against corruption are the most important conditions for joining the Union.

It is right and important that the German and British foreign ministers want to help the small Balkan country move closer to the EU through economic and political reforms. But this is at least the fourth such initiative, and there must be some kind of criminal investigation inside Bosnia-Herzegovina before any further diplomatic attempt can be undertaken. The EU must support the judiciary in pursuing corrupt politicians. The office of the EU High Representative in the country needs to be made radically smaller, the expensive advisor posts need to be abolished, and the money saved made available to the state prosecutors, currently extremely poorly equipped both in terms of personnel and resources.

In an unofficial conversation, a western European diplomat recently said with macabre irony: "Some politicians in Bosnia-Herzegovina have more corpses in their cellar than a crematorium of a mid-sized German city." Only when the judiciary can pull the country's most corrupt leaders out of circulation will the country have a realistic chance of moving towards the EU. Otherwise this latest British-German initiative will go up in smoke like many others before it.

10 people have been arrested in Bosnia and a further five in Serbia following a joint investigation by the two countries. The suspects could face charges in connection with a mass murder during the Bosnian war. (05.12.2014)

Opinion: Russian advances in the Balkans a cause for concern

Putin's foreign ambitions don't seem to be limited to Russia's post-Soviet sphere of influence. EU diplomats are concerned that Russia is establishing itself in the Balkans, and rightly so, says DW's Verica Spasovska. (18.11.2014)

Bosnian police have arrested 11 people suspected of fighting for Islamist militants in Syria or Iraq or otherwise supporting such groups. Five suspects arrested in a similar operation two months ago remain in custody. (13.11.2014)