Opinion: Bangladesh′s belated crackdown on bloggers′ murderers | Asia | An in-depth look at news from across the continent | DW | 18.08.2015

After the killing of secular bloggers in Bangladesh, the country's security forces have announced the arrest of three suspects. It is too early to interpret the arrests as a breakthrough, writes DW's Grahame Lucas. 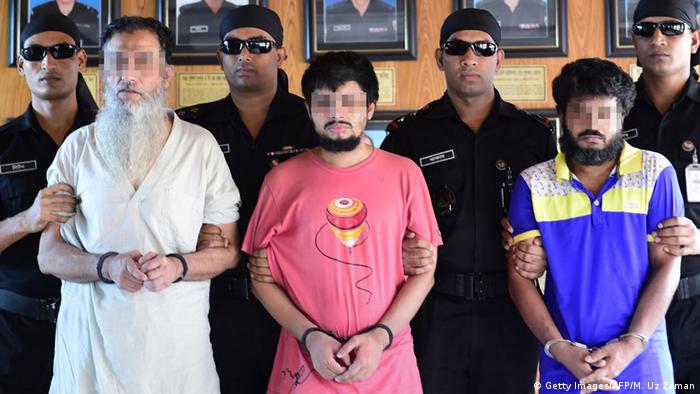 The arrests of the three suspected killers of two bloggers slain earlier this year came as a considerable surprise. The police investigation into the murders of a total of four bloggers this year alone had until recently all but stalled. Just a few days ago the country's Inspector General of police, AKM Shahidul Haque, warned atheist bloggers "not to hurt religious sentiments or beliefs." It sounded like the authorities were hoping that the conflict between advocates of freedom of speech in Bangladesh and defenders of hardline Islamist doctrine would simply go away if the bloggers stopped writing. It certainly did not sound like a tough warning to Islamist terrorists or an indication that the authorities planned to make arrests.

But it appears that the international outrage about the killings of the bloggers, and what was perceived to be a lack of action on the part of the police, may have stung the authorities in Bangladesh into taking action. Indeed, the government of Prime Minister Sheikh Hasina has been criticized sharply by human rights groups not only for dragging its feet and failing to move decisively against Islamist extremists. Moreover, the police did not even provide bloggers with adequate protection after the recent publication in the internet of a death list with 84 names of people the Islamists intend to kill. 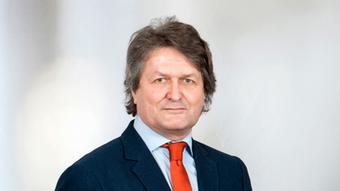 Until today, the consensus amongst Bangladesh observers has been that government would do everything possible to avoid upsetting mainstream opinion, which is generally critical of the strong views of secular bloggers, in this majority Muslim country. And moreover, that it lacks the will to tackle the threat to the Bangladesh democracy and to defend the freedom of speech because it fears an Islamist backlash. Recently, the authorities have appeared to be spending more time prosecuting critical journalists than they have looking for the killings of the atheist writers.

One should not forget that Hasina's government has had Islamists on the rack since 2010 when the so-called International War Crimes Tribunal began its deliberations over atrocities committed during the 1971 war of independence. Several top Islamist leaders have been sentenced to death and executed and several more await their fate. Islamists have organized mass protests against the trial, which has also been criticized internationally for its judicial failings. Against this background, there is an imminent danger of a further escalation of the crisis gripping the country. It could yet tip into mass civil unrest or worse.

The fact that Tuesday's arrests were made by the Rapid Action Battalion (RAB), an elite force beholden to the government, suggests that top officials have now seen a need to take action. RAB, itself tainted by allegations of involvement in extra-judicial killings in recent years, operates parallel to the police with its own agenda. In recent times, question marks regarding its reliability about its arrests and its actions have proven more than justified.

A top RAB official announced Tuesday that those arrested belong to the banned Ansurullah Bangla Team - the group allegedly behind the murder of the founder of the critical Mukto-Mona blog, Avijit Roy, at the end of February this year and the killing of blogger Ananta Bijoy in May. The leader, a British citizen of Bangladeshi origin, is said to have recruited students from private religious universities. It is now vital that the suspects face a fair trial as soon as possible and that the authorities present solid evidence in court. On this basis, convictions would represent a serious blow to Islamists and weaken their support. Whether or not this will happen remains unclear.

At the same time, the authorities appear to be no further in their investigations into the murders of the two other bloggers, Washiqur Rahman, killed in March and Niloy Chowdhury, slain in August. The police apparently believe that another terror group, known as Al Qaeda in the India Subcontinent, may be involved. This group has already claimed responsibility for the murders of Roy and Washiqur. It is conceivable that Ansurullah Bangla Team is operating as an al Qaeda affiliate. This would be very convenient for the authorities, but they have so far offered no evidence for this claim.

That the situation is very serious is illustrated by reports that "Islamic State" representatives from the Middle East have been in the country to set up cells. Thus, the signs are that several competing Islamist groups are active in the country and vying for influence and power within the Islamist movement.

In the course of the next few weeks it may be possible to determine whether the authorities in Bangladesh have with these arrests landed a heavy blow against the Islamists or not. But one thing is absolutely certain: the government has not even started a far more vital campaign, namely to win the hearts and minds of its citizens for press freedom and democracy. In this regard urgent action is required.

Bangladesh elite police forces have detained three suspected Islamists, who allegedly masterminded the killings of secular bloggers. The "main planner" of the murders is a British citizen, officials claim. (18.08.2015)

Fires, power outages and health problems are being reported as temperatures soar to 47 degrees Celsius. The scorching heat is causing hardship for millions of people in India, Pakistan and Bangladesh.

Family members and critics are calling for justice, a decade after former DW journalist Sagar Sarowar and his wife, Meherun Runi, were killed in Bangladesh.