Opinion: Animal cruelty on display at the Olympics

There were strange scenes during the show jumping portion of the women's modern pentathlon. Many horses refused jumps and threw off their riders — not a good look for equestrian, says DW's Andreas Sten-Ziemons. 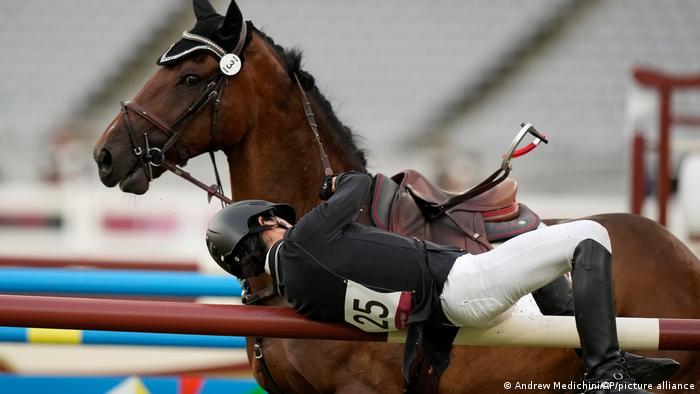 Falls were a regular feature of the Olympic women's modern pentathlon

Bucking horses urged on with a riding crop although they clearly don't feel like jumping over obstacles or even entering the course. Howling riders who have completely lost their nerve.

Numerous falls by riders that just about walk away without serious injuries.

Sweating animals with wide eyes who, even after several throw-offs, have to ride on until the finish line is finally reached and the agony is over.

No one needs to see scenes like these. The show jumping portion of the modern pentathlon on Friday was anything but good advertising for equestrian. What occurred in Tokyo's Baji Koen Equestrian Park was far from normal show jumping and should instead be described as animal cruelty.

No show jumper would force his or her animal over obstacles if it clearly did not want to or had already refused several obstacles. Even at major events, it is common for riders to prefer to end the round and drop out of the competition rather than continue to force their horses. The welfare of the animals takes precedence over sporting success.. 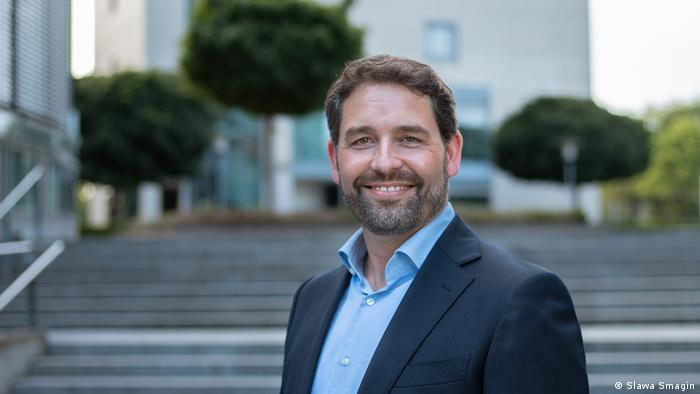 The problem with Modern Pentathlon lies in the rules and structures. Athletes are often not the best riders because they come from other sports such as swimming, and learn to ride late. They do not often train in the saddle, and the pentathletes do not compete with their own sport horses, but are provided an animal drawn by lot.

At the Olympic Games, the horses are certainly not bad, but at smaller competitions, the situation is often quite different because no horse owner wants to lend good horses to mediocre riders. The risk of injury to the animals is too great for that.

It is not for nothing that there has been discussion for some time about replacing riding with, for example, mountain biking or another discipline. After Friday's women's competition at these Olympics, that discussion should be taken more seriously than before.

In Tokyo, there were 18 horses at the start that were to take to the course several times with changing female riders. For just a few minutes, they were able to get used to each other on the warm-up arena before it was go-time.

Conversely, equestrian specialists like world champion Simone Blum or Olympic champion Ludger Beerbaum, sit on their horses every day and usually work with their animals for years before an Olympic-standard performance is possible. Trust, and more importantly, harmony between horse and rider, are basic requirements for successful show jumping.

An incident during Friday's women's mondern pentathlon was anything but harmonious.

Saint Boy, the horse with which German Annika Schleu had to enter the course, had already refused several times and clearly did not want to jump again. Saint Boy bucked, sweating and obviously scared. The loud crying and howling of the already completely distraught rider certainly did little to lift the mood.

Since there were no spectators in the stadium, one could also hear the loud "Go on! Go on!" and "Hit it!" shouts from the equally desperate Kim Raisner. Inconceivably, the German coach also thought it appropriate to strike the horse with her fist, an offense that saw her be sent home by the International Modern Pentathlon Union.

In an interview with ARD, Raisner subsequently found the rules "unfair" because it had not been possible to change the horse — only possible after four refusals. Saint Boy, however, had only refused three times, so it was not yet dramatic enough. This is a perfect example where a rule change would be appropriate for the good of the horses.

The veterinarian in charge also gave the green light. "So we had to take this horse," Raisner said. Had to? Really?

In any case, the ride failed, and the rider left the course crying bitterly. Saint Boy would have loved to join in the crying, albeit for other reasons, but no one asked him.

This op-ed was adapted from German.