The jihadists want to defeat the modern world, our conception of ourselves, and our democratic society. They are waging war on the world, and the fight will be long, says DW Editor-in-Chief Alexander Kudascheff. 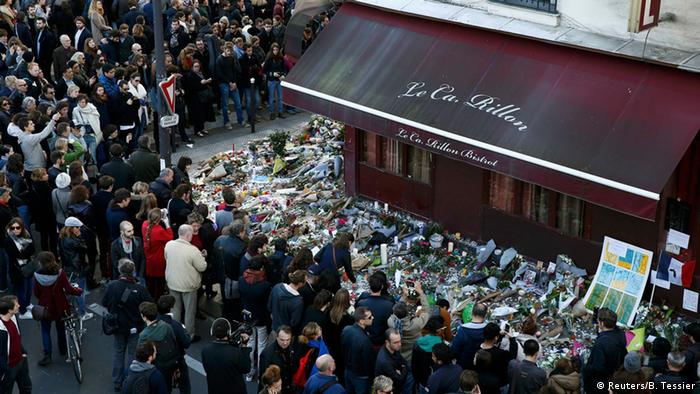 After the terrorist attacks in Paris, we - many of us - feel overcome by a sense that the world is out of joint, that order is collapsing. The pope has even spoken of a Third World War. This doesn't mean a global war. A war is, however, being waged against the world as we know it. It has been declared by Islamic jihadism: not just by the self-proclaimed caliphate of "Islamic State," but by many fundamentalist groups, movements and sects across the world - in Nigeria, Mali or Somalia, in India, Bangladesh, Afghanistan or Indonesia, and of course in the Middle East, in the disintegrating states of Iraq, Syria, Libya or Yemen. And jihadism reaches out beyond these regions - to Europe, to Russia as well. It is challenging the world.

There is no point in arguing over whether Islam is a religion of peace or of war. Orientalists and scholars of Islam can rack their brains over this. Jihadism takes Islam as its reference point and justification - an "original" Islam that purports to conform to the example set by the Prophet Muhammad in Medina and Mecca, 1,500 years ago. It is supposed to be a radically religious way of life, a life in accordance with the Koran. The goals, also spiritually-fueled, that accompany this attitude are totalitarian. The jihadists want us all to live the way they believe is right. That is their challenge, their declaration of war on the world, on the modern age.

But for tactical reasons alone, this war is an asymmetrical one. The few are challenging the many, individuals the state. It is a fight of individual Islamist guerrillas against armies. The principle is a simple one. The state has to do everything to prevent the terrorists from succeeding. It has to do everything to ensure that its citizens live in safety - every hour, every day, every month, every year, everywhere. The terrorists only need one victory; they only need one successful attack to devastate the states - as on November 13 in Paris.

The war is also asymmetrical because the two sides are operating under different conditions. On the one hand, you have jihadists who throw away their own lives; on the other, the police and the military, who operate according to rational, practical considerations. Here, there is the willingness to exceed all limitations, deploying the worst possible brutality; there, soldiers and police are operating according to constitutional principles. They are bound by law; the jihadists are let off the leash by their totalitarian ideology. The brutal willingness to commit murder stands opposed to democratic rules and all the things a democracy takes for granted. It is a more than unequal fight - even if, as is probable, the West is forced to rethink its fundamental security policy.

"The Open Society and Its Enemies" is the title of what is probably the most famous book by the Austrian philosopher Karl Popper. The open, liberal society is a provocation to all totalitarian power ideologies. It rejects the doctrine of salvation and defends itself with the tools of the constitutional state. Jihadism challenges Western democracies to the limits of tolerance - and beyond.

The terrorists want us to abandon our conception of ourselves. They want to defeat the modern age - by asymmetrical means. The fight will therefore be a long one, because every time the jihadist movement is hit, new heads grow to replace the old. There is still an inexhaustible reservoir of terrorists prepared to commit suicide. We must brace ourselves for this.

Unfortunately, DW is unable to accept comments at this time.