Trade within Africa has enormous potential. Whether a new free trade zone on the continent will realize that potential is up to the more than 50 nations participating in it, writes DW's Claus Stäcker. 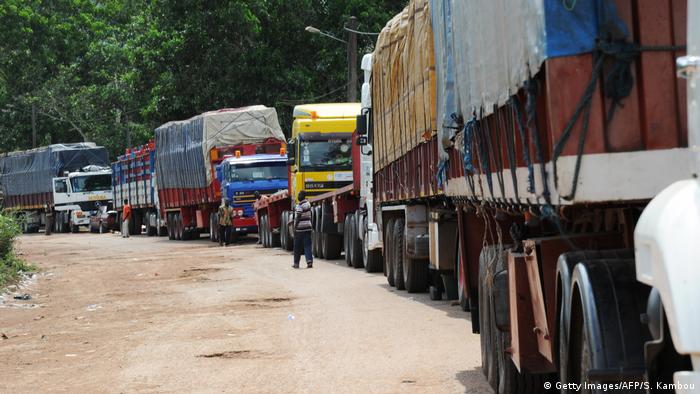 A friend of mine from Zimbabwe recently bought a used car. After saving up enough money, he took advantage of a window of stable internet to browse and compare different models online. He checked mileage, trunk size and fuel efficiency, then he finally placed an order — but not in Zimbabwe, nor even in neighboring South Africa, which has an established auto industry and a large used car market. His dream car was in Japan, and the dealer in Yokohama quickly prepared the freight paperwork.

Read more: Africa's vision for the future – much more than a free trade deal

Soon to be the world's largest free trade zone

A broker made sure the car landed in South Africa's largest port, Durban, a few weeks later. To save on further shipping costs, my friend took a two-day bus trip to Durban. After picking up the car, he drove the 1,700 kilometers (1,000 miles) back home. He had to pay a few extra dollars to get the car's paperwork processed, because it was all in Japanese. He also had to navigate his way through several road checkpoints. Ultimately, he made it home — satisfied that, despite a few hiccups and extra red tape, he had still saved $800 (€713). This is what doing business is like in the South African Development Community (SADC) trade zone.

The SADC is one of five subregions that will form the new African Free Trade Area, known by the cumbersome acronym AfCFTA. The African Union hailed the new trade zone as an historic achievement during an event in Niger on Sunday marking its launch. The bloc was given a boost after Nigeria, which boasts Africa's largest economy, agreed to sign.

The AfCFTA, which the African Union says will be the world's largest free trade area, has now been created — at least on paper. Eritrea is the only country in Africa not participating.

Everyone wants to make rapid social and economic progress in Africa a reality, particularly as refugees leaving the continent continue to endure tragedy in the Sahara and on the Mediterranean Sea. But it remains to be seen whether the AfCFTA can help make that dream a reality.

After all, African trade dreams aren't new: As early as 1980, the African Union's predecessor, the Organization for African Unity, agreed on a plan for greater economic integration on the continent. The Lagos Plan of Action, as it was known, not only provided for free trade, but even a common currency. Under Agenda 2063, the African Union's master plan to speed up development and economic growth, 14 major initiatives have been agreed in addition to free trade — including linking the continent's 54 national capitals by express trains. But at the moment, many places in Africa lack adequate energy, transportation and telecommunications infrastructure. At the borders, trucks line up for days on end. It is easier to get from Africa to Europe by plane than between many countries on the continent. Meanwhile, governments in Africa mistrust each other so much that they don't even recognize the African standard passport.

Read more: Niger's migrant smugglers use ever deadlier routes through the Sahara

At just shy of 2.5%, Africa's share of world trade has remained unchanged for the past 20 years. Its continental economic power is less than half the size of Japan's. Economic growth has recently shrunk to 3% and is still primarily based on foreign trade in oil, gold, diamonds, precious metals and cocoa. Intra-African trade in goods accounts for just 12% of trade volume. This is where the greatest potential lies, because many products would be much more competitive within Africa than on the global trade market. According to the Economic Commission for Africa, however, transport costs on the continent are the highest in the world. Moving a freight container from Tokyo to the Ivorian capital of Abidjan costs roughly €1,300, while intra-African transport from Addis Ababa in Ethiopia to Abidjan costs €4,500 — more than three times as much.

The fact that a Zimbabwean would rather order a used car in Japan than buy a VW, Nissan or BMW built in Africa is proof of the current predicament. African leaders may have celebrated their agreement in Niger, but it's the concrete political steps they take that will show whether the AfCFTA is truly historic.

Opinion: Despite setbacks, we must continue to vaccinate 16h ago