Operation to remove Taliban from Marjah sends thousands fleeing | World | Breaking news and perspectives from around the globe | DW | 10.02.2010

The civilian population of Marjah, a farming community in Helmand, Afghanistan, are fleeing ahead of a huge NATO operation designed to defeat the entrenched Taliban in the region and restore government control. 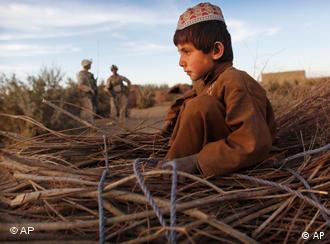 As NATO and ISAF troops move in, the people of Marjah leave

Thousands of foreign and Afghan troops are converging on the Marjah plain, an area in the central Helmand River valley of southern Afghanistan, ahead of what is expected to be a bloody battle against the Taliban in one of its last strongholds in the south.

After rejecting NATO calls to surrender, Taliban commanders - who have amassed fighters and arms in the area - have told their insurgents to dig in, setting the scene for a major showdown and sending thousands of Marjah residents fleeing.

As squadrons of warplanes roar overhead toward the battlefield and NATO and Afghan troops roll in along the dusty roads, a stream of frightened families head in the opposite direction to refugee camps and reception centers being rapidly assembled by the provincial authorities.

Schools have been set aside as sanctuaries in the provincial capital of Lashkar Gah and other towns, and tent cities are being constructed in preparation for receiving an estimated 10,000 people displaced by the military offensive taking shape in their homeland. 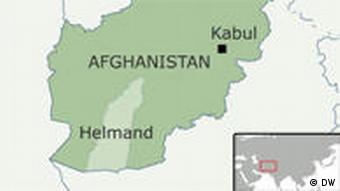 The Taliban has spread its control across Helmand

Helmand provincial officials held an emergency meeting to discuss the situation over the weekend as around 400 families, or 2,000-3,000 refugees, descended on the province's urban areas. Ghulam Farooq Noorzai, head of the provincial department of refugees and repatriation, told reporters that "people are still leaving the area" and that thousands more are expected to arrive in the coming days.

Fear of civilian deaths force many to flee

But the local governor sought to reassure people in an attempt to prevent a mass exodus. "Everything is OK," Governor Habibullah of the Nad Ali district, where Marjah is located, told local news sources. "We have organized local gatherings and described the objectives of these operations, and assured people they do not need to leave the area, that they will not be harmed in the upcoming operation," he said.

Those who have already chosen to leave Marjah are less convinced. One Marjah elder, who wished to remain anonymous, told The Guardian newspaper that he had evacuated his family a week ago because he feared "the worst attack ever."

"Always when they storm a village the foreign troops never care about civilian casualties at all. And at the end of the day they report the deaths of women and children as the deaths of Taliban," he said.

The number of civilian deaths in Afghanistan is one of the main reasons why faith is running low among Afghans when it comes to believing their government and the Western forces in their country. Fears of fatalities among the Marjah population is driving many out of their homes.

NATO and Afghan officials have warned civilians in Marjah to keep their heads down as their troops prepare for the major offensive.

A NATO spokesperson in Afghanistan, speaking on condition of anonymity, told Deutsche Welle that the citizens of Marjah had been informed of the offensive and that those who remained in the region had been advised to stay in their homes. Those who had fled or were thinking of leaving Marjah would be provided for by the local authorities who were prepared to deal with the influx of refugees, he said.

The International Committee of the Red Cross said there was no way to count the number of people who have left Marjah because many have moved in with relatives or rented houses in nearby towns instead of registering for emergency relief.

"It is very difficult for the ICRC to provide a comprehensive figure as to the number of people who have left Marjah and are now displaced in other villages, at this stage," Carla Haddad Mardini, spokesperson for International Committee for the Red Cross (ICRC) in Geneva, told Deutsche Welle.

"The ICRC's primary concern now is to make sure wounded and sick people have swift access to urgently needed medical care. The ICRC's first aid post in Marjah has recorded an increase in patients with weapon wounds in the last few weeks. The organization will continue to closely follow developments on the ground," she said. 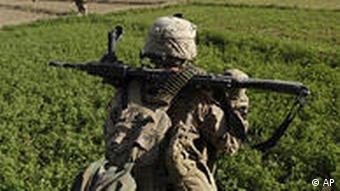 The NATO operation in Marjah is the biggest since 2001

Even if the refugees make it to Lashkar Gah, their safety cannot be assured. The provincial capital has been hit by a number of attacks on the civilian population in recent weeks, the latest coming last Friday when a motorbike packed with explosives detonated close to a crowd gathered on the city outskirts to watch a dog fight. The blast killed at least three people and injured at least 26, including seven children.

The people of Marjah, a farming community and major opium-production center with a population of 80,000, are currently under Taliban control. Since infiltrating the region and taking control of billions of dollars worth of opium and heroin which comes from the fertile agricultural region, the Taliban have overrun and replaced Western-backed government institutions in the area and enforced Sharia law on Marjah's inhabitants.

The Marjah operation - the biggest push since US President Barack Obama announced a new surge of troops to Afghanistan, and the biggest since the 2001 US-led invasion - is aimed at pushing the Taliban out of the region and reestablishing government control.

The continued instability, violence and poverty in Afghanistan is forcing thousands of unaccompanied Afghan teenagers to flee their home country and seek a new life in Europe. (02.09.2009)

Wave of Refugees as Pakistan Fights the Taliban

The fate of hundreds of thousands of refugees from the fighting in the region bordering Afghanistan is attracting more and more attention in Pakistan. (18.09.2008)

Seven years after the fall of the Taliban, Afghans still constitute the biggest group of refugees cared for by the UN High Commissioner for Refugees. As the UNHCR mentions in its annual report, it provides protection or help to three million Afghans, who are mostly in neighbouring Pakistan or Iran. (17.06.2008)