Continued instability forces Afghan teenagers to seek a new life in Europe | World| Breaking news and perspectives from around the globe | DW | 02.09.2009

The continued instability, violence and poverty in Afghanistan is forcing thousands of unaccompanied Afghan teenagers to flee their home country and seek a new life in Europe. 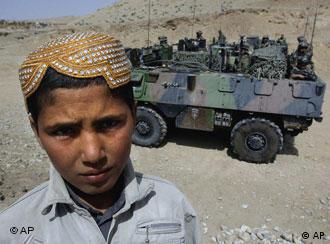 In their young lives, many have seen sights no child should ever have to see; they have known no other state but one of war and have been brought up in conditions of oppression and insecurity. Fleeing Afghanistan may seem like the only escape from such a desperate cycle for many teenage Afghan boys but the thousands who escape to Europe in the hope of education and a better, safer life find that the hardship doesn't end when they cross from East to West.

Europe is experiencing a disturbing flood of unaccompanied Afghan boys, some as young as 12, as a consequence of the continuing poverty and violence in their home country and deteriorating conditions in refugee camps in neighboring nations such as Iran and Pakistan. Eight years after the end of Taliban rule, the lonely, unknown streets of European capitals still represent their best chance of a future that is not possible in Afghanistan.

The exact figures of how many Afghan teenagers have arrived alone in Europe in the last two years are sketchy at best. The EU has no statistics on the number of foreign children who are wandering Europe without their families, while the figures that support groups and aid organizations have vary greatly. But even the estimates suggest that Afghanistan is hemorrhaging its youth into Europe. 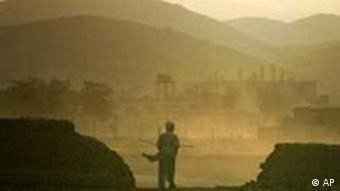 It's a long and dangerous road out of Afghanistan to Europe

The United Nations High Commissioner for Refugees (UNHCR) in Brussels released its own figures recently, putting the number of Afghan minors requesting asylum in Europe in 2008 at 3,090. But experts believe the actual number is much higher, seeing as this figure only represents those who actually sought refugee status.

From the UNHCR statistics, it appears that a number of European countries – Germany, Britain, Denmark, Norway, Sweden and Austria – are the preferred destinations for the increasing numbers. These EU member states saw the highest increases in asylum requests in 2008, almost double the 1,489 in total that they received in 2007.

"The numbers of asylum seekers from Afghanistan has increased enormously this year," Marei Pelzer, a lawyer and immigration expert at German human rights organization Pro Asyl, told Deutsche Welle. "In the first half of 2009 there were 1,120 applications for asylum by young Afghans. This shows that the situation in Afghanistan is getting worse and the need of protection in Europe is increasing."

Marei said 169 unaccompanied minors came to Germany in the first half of this year, while 324 arrived here in the whole of 2008.

All EU member states are signatories of the UN Convention on the Rights of the Child, the international framework for child protection. They are also bound by national laws to look after young refugees.

"Unaccompanied minors from Afghanistan have the right to receive protection under the UN asylum law and the EU asylum directive," Pelzer said. "Unaccompanied minors are seen under the EU asylum law as a vulnerable group and therefore have special needs that have to be respected. They must be provided with psychological support and must be accommodated in a child-friendly environment."

Despite the law, how much attention they get varies, according to Thomas Berthold, project advisor at the Federal Association for Unaccompanied Under Age Refugees. 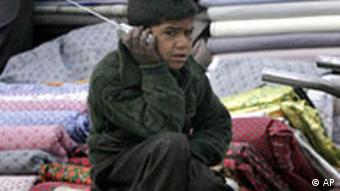 Boys as young as 12 are crossing from East to West

"If an Afghan teenager arrives in Germany he is taken into care, which means that the youth welfare office responsible for the child brings him to a specialized reception center," he said. "The situation in these centers is different from city to city. Some of them operate a 'clearing-procedure,' which means the children get the chance to rest, to reflect about their situation, to be advised about their legal situation, and how to get in contact with psychological support. In these centers, kids up to 18 years of age are eligible for social benefits.

"In other centers, however, there is little or no social support provided and in some federal states, kids over 16 don't receive any youth welfare support and are treated as adults, often being put in reception centers for adults," he added.

Many refugees discover that escaping Afghanistan does not mean that they will be leaving hardship behind. Those who slip through the cracks and remain without social services support continue to be open to abuse and exploitation. 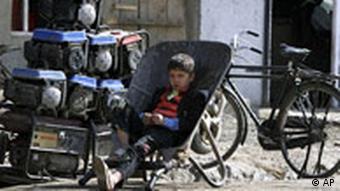 A life of labor or slavery doesn't always end in Europe

According to "Unaccompanied Minors in Germany," a report by the Federal Department for Migrants and Refugees, many young Afghan asylum seekers coming to Germany claim to not only be fleeing war, poverty and instability but slavery and child labor as well.

Arriving in Europe does not necessarily mean that they will avoid these and other evils.

Child protection agencies in Germany, France and Italy have become familiar with stories of forced labor and homelessness from Afghans who finally make it off the streets and into the system.

The most common tales involve working in sweatshops and on farms in Turkey and Greece before making life-threatening trips to the European mainland by rickety boat or hidden in the chassis of haulage trucks. Those who escape child slavery on Europe's south-eastern borders more often than not end up sleeping under bridges and even in sewers while dodging beatings by bored and over-zealous police.

While Europe may offer the promise of a new start, and indeed has infrastructures in place which can help, life doesn't automatically get better for those Afghan boys brave enough and desperate enough to make the journey.

Germany struggles to bring peace and security to Afghanistan

As Germany pledges more money to Afghan development, questions still remain over the role of its troops in reconstructing the war-torn country. What's missing is a common international strategy, some experts say. (19.06.2008)