"I wanted to make music that I crave, that I hadn't really found, that I wanted to hear," singer Arooj Aftab told DW. However, making the kind of music she wanted to hear required musical tools and a vocabulary that she lacked as a young person in Lahore, where music was not really a career option for most.

To make things worse, she felt she didn't fit in. “When I was growing up, I felt that to dress or look different, to think differently, caused a lot of friction and made me feel like I wasn't fully accepted. Not being able to imagine freely or be yourself is not healthy, and is like death for an artist," said Aftab. 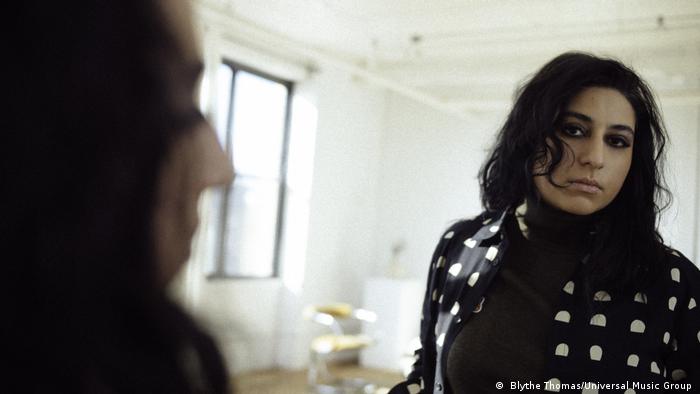 Arooj Aftab defies the duality of identity: the Pakistani expat in the US views identity as something complex and nuanced

She did, however, have the power of the internet at her fingertips: At the tender age of 18 in the early 2000s, she recorded a raspy jazz cover of Jeff Buckley's "Hallelujah." Her cover was shared widely via file-sharing sites like Napster, MySpace and Limewire.

The song went viral in Lahore and, most importantly, gave Aftab confidence in her voice and expression. This success encouraged her to take out a student loan and apply to Boston's Berklee College of Music, where she was accepted.

Since then, Aftab has learned the tools of the trade, becoming a music composer and producer in addition to a singer based in the US. She can completely transform preexisting songs into new, complex pieces with their own unique character.

Yet her music is not just rehashing old numbers, she says. "I get irritated when my music is called a 'cover,' because it's not that. When you render something, especially if it is so old that is almost public domain, you are taking its root but building something original, something that is new and not done before; it is in the now," she stresses. 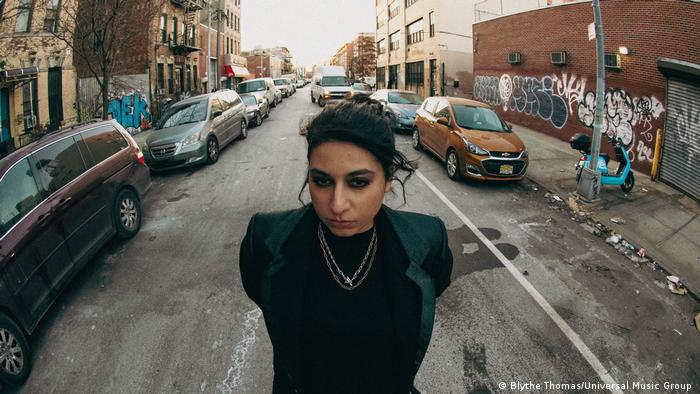 After studying music in Boston, Aftab found another home in New York

Constructing a sense of place is important for Aftab's music because of its transnational quality. Her music doesn't feel quite Pakistani nor Western. It transcends duality, provoking the listener to imagine a new place: one of inclusion.

"This generation is really bold and demands things, they want equality," she asserts, adding that young people now don't want to be limited to fixed categories. "For years, Asian artists were pushed to the sidelines — but now there is an emerging space, opening up the world to more to beautiful things, which always existed but weren't known," Aftab says. 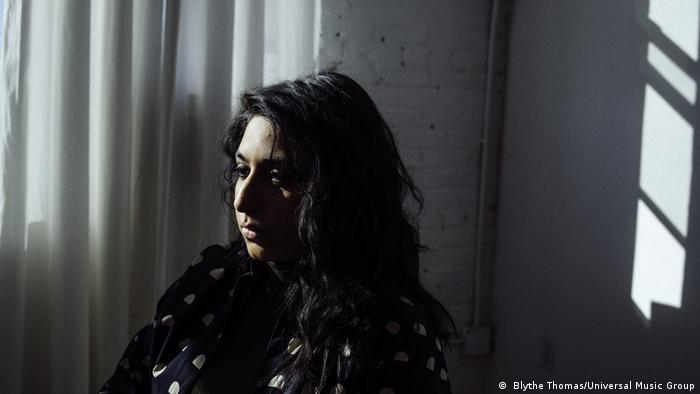 Arooj Aftab, here in New York, reflects that Urdu is 'a beautiful language'

The ghazal is a musical rendition of couplets that poetically engage with the trials and tribulations of love. Arooj's interpretation of the song won her the 2022 Grammy for Best Global Music Performance. It had also landed her a spot on former US President Barack Obama's 2021 summer playlist. Now, Arooj and "Mohabbat" are as good as mainstream.

The artist is committed to singing in Urdu, as she feels it is a "very beautiful and a good language to sing in. I get to do the things I want to do with my voice, the vowels. The poetry is nostalgic, playful, light — but haunting as well," says Aftab.

As a composer and producer, Aftab understands the intricacies of music, and puts much thought into "the amalgamation of sounds and instruments that spin a complex web."

Bringing disparate and diverse instruments together helps open up her music to a wider audience. "Whoever is listening can hopefully hear something they identify with or like, like jazz or pop. For the people who understand Urdu or Hindi, it's like a secret for them to enjoy," Aftab explains.

Trying to fit in

In 1997, her compatriot, the famous sufi singer Nusrat Fateh Ali Khan, was nominated for two Grammys, but did not win. 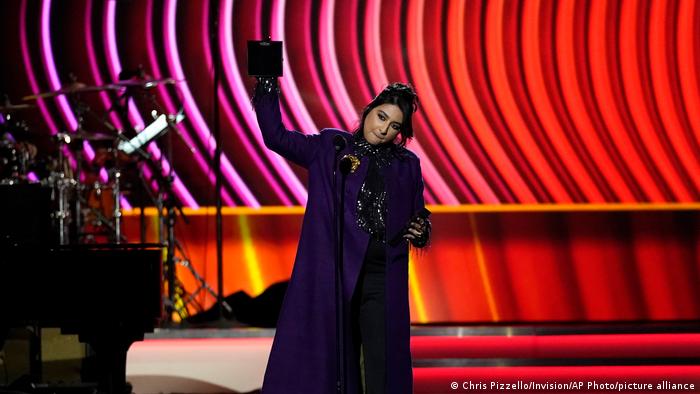 Arooj Aftab at the Grammys in April 2022

To her credit, Aftab is the first Pakistani to have ever won a Grammy. Now that she has won the highest accolade in music, she has received high praise for her hard work also at home.

"My family loves music and is quite liberal, but they did not understand what I was trying to do. It is a bit sad that it took winning a Grammy for some people to finally think that what I was doing for so many years was worthwhile," she shares candidly.

However, after returning to Pakistan following the Grammy victory, Aftab realized how the city of Lahore is offering more space and acceptance to emerging musicians.

Currently, Aftab's is touring "Vulture Prince" in Europe and the US, and she is returning to Germany after almost seven years to perform. She has a concert on August 18 in Cologne alongside other shows in Berlin and Hamburg later in the month.

"The German audience is really great. They really listen so closely with respect and integrity, because they are one of the societies with the privilege of having the resources, time and energy to appreciate music and build a thriving industry," she says.

This article has been updated to clarify the tour location and dates.

Why Billie Eilish is a Generation Z icon

The megastar is back on tour for the first time since the pandemic, starting with a concert in Düsseldorf. Her image reinventions and music are what make her a true pop icon.

The pop star was the big winner at Britain's annual music awards. Critics feared that eliminating gendered categories would disadvantage female artists — but it didn't.

Political instability coupled with a severe economic crisis has compounded the suffering of common Pakistanis. The country's ruling class doesn't seem to care much.

Jon Batiste leads the race with 11 Grammy Award nominations, 19-year-old Olivia Rodrigo is up for the Big Four, and Jay-Z broke a record with his three nods.

Televised Turkish dramas are all the rage in the Middle East. A young Ottoman TV Empire has been expanding its soft power by harnessing regional dialects, Arabic names and viewers' desire for racy-yet-traditional plots.