Ombudswoman calls for more help for families of neo-Nazi victims | Germany | News and in-depth reporting from Berlin and beyond | DW | 09.03.2012

Barbara John, representing the families of the victims of neo-Nazi terrorism, has said more must be done to help those who lost loved ones. Among other recommendations, she called for better training for German police. 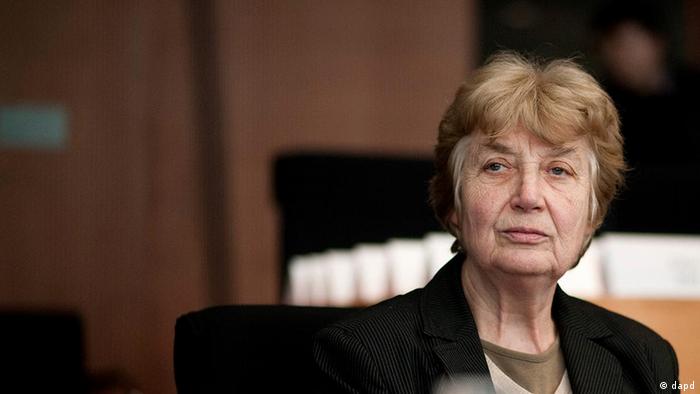 "Thank you" was heard quite often in the German parliament on Thursday, words of gratitude directed at Barbara John, the ombudswoman for families of the victims of neo-Nazi terrorism.

Since December, on behalf of the federal government, John has been speaking with the roughly 70 survivors and families of the victims of two bomb attacks in the western German city of Cologne in 2001 and 2004. She has listened to their stories, those who lost their fathers, their brothers, their sons.

On Thursday, the members of the parliamentary committee set up to investigate the neo-Nazi murders took the opportunity to hear from John and learn how to better combat right-wing extremism.

Thanks 'in the name of the victims' 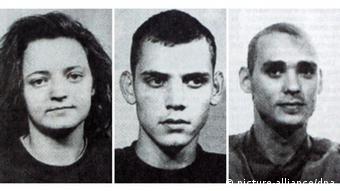 But before John, Berlin's former commissioner for foreigners, began answering their questions, she first took a moment to thank the committee members "in the name of the victims and survivors" for giving her the opportunity to speak before the body.

The bereaved families were now being given the "attention they deserved" after years of being ignored or living under suspicion. For years, police put the blame for the attacks on foreigners, failing to link the series of murders that took place between 2000 and 2007 to right-wing extremists, despite clues that pointed in that direction.

Eight of the victims of the neo-Nazi murders had Turkish roots, and one came from Greece. The last victim was a policewoman from the German state of Thuringia. The fact that all these murders were linked to three right-wing extremists first came to light late last year, when two of the suspects took their own lives rather than face arrest.

Beate Zschäpe, the third suspect now being held, has refused to testify. But homemade videos that glorified the attacks have linked Zschäpe and her two right-wing comrades, Uwe Bönhardt and Uwe Mundlos, to the killings. 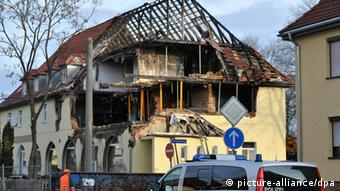 The terror cell used an apartment in Zwickau as their hideout

Not just looking for financial compensation

The recordings were found in a torched apartment in Zwickau, which the terrorist trio used as a hideout. These videos were screened for the committee before their meeting with John, leading Sebastian Edathy, the committee chairman, to describe them as "unimaginably despicable."

Committee members asked what they could do to better help the victims' families, and John was ready with answers. In addition to financial compensation, the ombudswoman stressed the importance of easing the bureaucratic process. John also suggested that family members who broke off their studies following the death of a loved one should now be given a study grant.

She also strongly recommended that a permanent representative be engaged to give foreigners the chance to register a complaint, should they feel unfairly treated by the authorities. She spoke of visiting a similar institution in Ireland which has existed for years. In her opinion, Germany could also improve the education and training of its police forces. 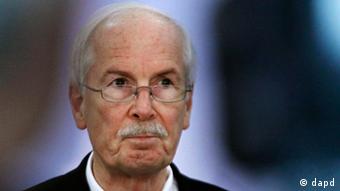 John said the victims' families have spoken of wanting a greater involvement in the investigations now being carried out by Germany's security agencies. Most of the families have lawyers of their own, and on March 23 the attorneys are due to meet with Harald Range, the head of the federal prosecutor's office, who is leading the investigation. However, since Zschäpe, the main suspect, has refused so far to cooperate, there are not likely to be many new findings.

In order to properly conduct its investigation, the committee renewed its request Thursday for records held by various intelligence agencies across the country, which they have yet to receive. The committee also said that the support of the various state agencies was important to avoid the numerous communication breakdowns between multiple security agencies which allowed the right-wing extremists to operate undetected for so long.

Three months after a far-right terrorist cell was uncovered in Germany, the country has held a memorial service for the victims of neo-Nazi violence. It's one of the steps Berlin has taken to fight racism. (23.02.2012)

German lawmakers have established two parliamentary committees to look into security shortcomings that allowed a murderous neo-Nazi cell to evade detection for more than a decade. (26.01.2012)

Germany has announced plans to set up a nationwide information and research center to combat right-wing extremism. The center would help communities coordinate and share knowledge. (24.01.2012)