Figure skater Harley Windsor has been named to Australia's figure skating team for the Pyeongchang Olympics. He will be the first Aboriginal athlete ever to represent Australia at a Winter Games. 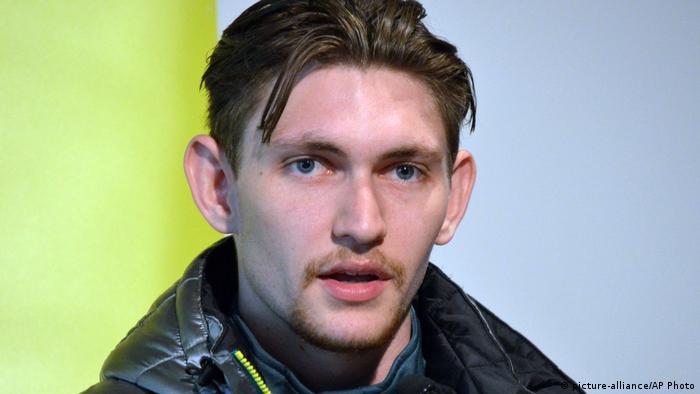 "It feels like an amazing and mind-blowing accomplishment to have been named as Australia's first indigenous Winter Olympic athlete," said Windsor, who was raised in western Sydney and is of Aboriginal decent.

"I grew up in the Aboriginal community and have always been around Aboriginal culture," he said, "so it's been a huge part of my life and something that I'm very proud of."

Matt Carroll, head of the Australian Olympic Committee, said his selection was a "historical day" for the Olympics in Australia.

We hope that he provides inspiration to young indigenous athletes that they can follow in his path and compete at a high level in winter sports," Carroll said.

Windsor and his 17-year-old Russian-Australian figure skating partner, Ekaterina Alexandrovskaya, secured an Olympic spot in late September when they captured a bronze medal in a qualifying competition in Germany. They also won the gold at the World Junior Figure Skating Championships in Tapei City in March.

Australia has had 51 athletes participate at various Summer Olympic Games but none in any Winter Games. One Aboriginal athlete, Cathy Freeman, ignited the Olympic cauldron at the opening ceremonies of the 2000 Sydney Olympics before capturing gold in the 400-meter dash.

"She was such ... a great inspiration for me when I was young," Windsor said. "I hope I can give other young indigenous athletes some inspiration that they are able to get to the highest level in winter Olympic sports just like we've done in summer sports."