Ukraine's Sergey Bubk and Russia's Alexander Popov have said allegations against them relating to Rio's successful 2016 bid are false. Popov said he did not even vote for the Brazilian city, which beat Madrid. 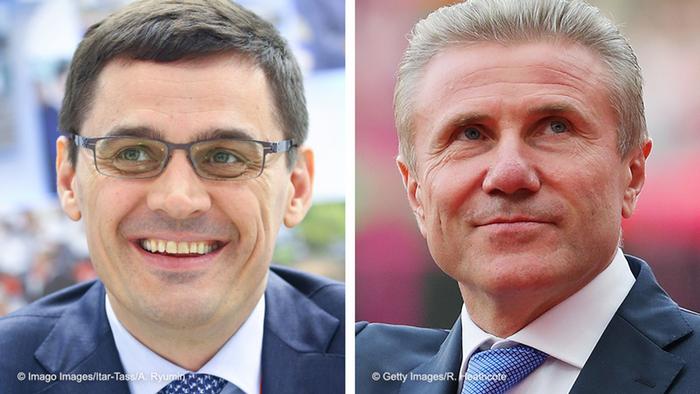 Two Olympic gold medalists who were accused of corruption relating to the 2016 Rio de Janeiro Olympics denied any wrongdoing on Thursday despite claims made against them in a Brazilian court.

Russia's Alexander Popov (above left) and Ukraine's Sergey Bubka (above right) had been accused of accepting money to vote for Rio to be the location for the summer games.

Bubka and Popov were members of the International Olympic Committee (IOC) when Rio was selected the host at a voting session in Copenhagen, Denmark in 2009. The city won the vote against the Spanish capital of Madrid by 66 votes to 32.

Former Rio governor Sergio Cabral had told the court earlier on Thursday that he had bought votes from Bubka and Popov for $2 million (€1.8m).

Cabral had previously been convicted of corruption and money laundering during the vote.

In court, Cabral said: "I was assured that Sergei Bubka received the bribe ... the Russian Alexander Popov as well."

Both have vehemently dismissed the accusations.

"I completely reject all the false claims made by the former Rio state governor," said Bubka, now an executive board member of the IOC.

The IOC has been investigating the 2016 and 2020 Olympic votes, and has already charged three former members of the committee. Former IOC member Lamine Diack and his son have already been implicated.

After two much publicized comments, the man in charge of Tokyo's Olympics and Paralympic Games has resigned. His remarks referred to earthquake recovery efforts and a swimmer with leukemia. (10.04.2019)

A dozen world class Russian track and field athletes with Olympic gold medalists among them were handed doping bans and stripped of their medals. Russian officials have denied it was state sponsored. (01.02.2019)

Breakdancers could be competing for the first time at the Olympics if organizers of the 2024 Paris Games get their way. They say adding new sports to the lineup will make the global event "more urban." (21.02.2019)