Researchers find dried grape vines, after previously unearthing an ancient sandal from the same site. In the 1970s, Soviet officials initially were interested in the cave as a hardened storage location. 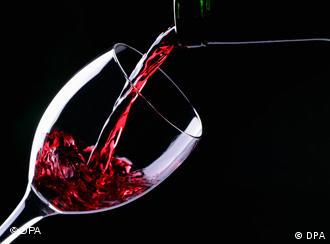 Researchers have found wine production is quite old

A team of American, Armenian and Irish archeologists have unearthed evidence of a wine press found in Armenia that is over 6,000-years-old, making it the oldest-known wine making facility.

"This was a relatively small installation related to the ritual inside the cave," said Gregory Areshian, a professor of archeology at the University of California, Los Angeles, who helped lead the study.

"For daily consumption, they would have had much larger wine presses in the regular settlement," said Areshian, in an interview with Reuters.

Areshian, who was also deputy prime minister in the first government of the independent Republic of Armenia in 1991, also described finding dried pressed grapes, grapevines and other chemical residue at the site.

The team's results were published Tuesday in the Journal of Archeological Science.

"The evidence argues convincingly for a wine-making facility," said Patrick McGovern, an alcoholic beverage history expert, in an interview with the Associated Press.

McGoven is the scientific director of the Biomolecular Archaeology Laboratory at the University of Pennsylvania Museum in Philadelphia, and was not part of the research team. 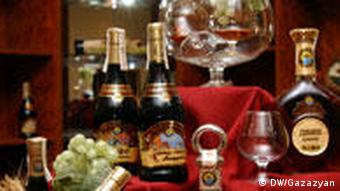 Wine production continues to be an important part of Armenian culture

The cave, known as Areni-1, is in the Little Caucasus Mountains, in southern Armenia, near Iran.

Areshian has been long familiar with this region of Armenia, which had previously been under Soviet occupation.

As an archeology graduate student in Leningrad (now St. Petersburg), he was tasked with surveying these caves for their historical value, while geologists evaluated them for their structural integrity: Soviet military officials had wanted to use the caves to store important materials and documents in the event of nuclear war.

However, Areshian and his team didn't return until 2007, where they found a layer of preserved artifacts, including the world's oldest known leather sandal, dating back 5,500 years ago. That find was announced in June 2010.

Inside the cave was a shallow basin, approximately one meter across (three feet), which the researchers speculate could have served as an area for people to stomp on the grapes with their feet.

"We also know that still, in the villages in the vicinity, the culture of wine is very old and traditional," Areshian said.

Tea spurs digestion faster than wine when accompanying a cheese fondue, a medical paper shows. However, the doctor leading the study says healthy people "can drink whatever they fancy." (31.12.2010)

Wine has been produced in Lebanon since ancient times. Now, vineyards destroyed during years of warfare have been replanted. Currently, the alcohol is tolerated by the Islamic conservatives of Hezbollah. (14.07.2010)