Tea spurs digestion faster than wine when accompanying a cheese fondue, a medical paper shows. However, the doctor leading the study says healthy people "can drink whatever they fancy." 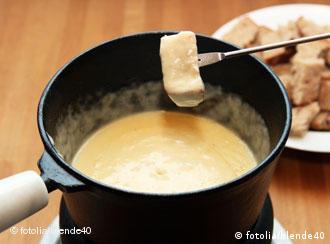 Swiss popular opinion is split on what to drink with fondue

As many people in Switzerland, Germany and other parts of Europe unpack their fondue pots for their New Year's Eve meal, they may be wondering what drink best accompanies the heavy, filling dinner.

A popular dish originating from the French-speaking part of Switzerland and neighboring French Jura, fondue involves melting local cheeses and mixing it with garlic and wine in a ceramic pot served at the table over a small flame. Diners then use long forks to dip cubes of bread into the simmering cheese for a meal that can take hours to finish.

Many Swiss people say one should ideally drink a dry, white wine - like a Riesling - to accompany the hearty meal, while others insist digestion is improved by the accompaniment of hot black tea instead.

Now a team of Swiss, German and British researchers have answered the centuries-old question in a new paper published earlier this month in the British Medical Journal, entitled: "Effect on gastric function and symptoms of drinking wine, black tea, or schnapps with a Swiss cheese fondue: randomized controlled crossover trial."

Dr. Mark Fox, who led the study, told Deutsche Welle he had heard all the fondue beverage variations while working at the Division of Gastroenterology and Hepatology at the University Hospital Zurich - including the Swiss urban legend about the death of diners who drank cold water or soda while eating cheese fondue.

"As we sat down for our annual fondue, my colleagues and I realized that we have the technology to answer this once and for all," he said. 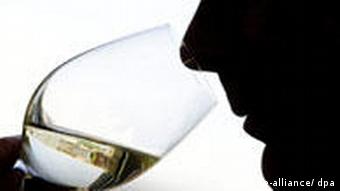 The stomach empties much more slowly while drinking wine

Fox, now a gastroenterologist at the Queen's Medical Center in Nottingham, United Kingdom, created a study that concluded alcohol significantly slows down the process of digestion, or in medical parlance "gastric emptying."

"If you take a big rich, heavy meal, like melted cheese, you will find that stomach emptying is quite slow," he said. "So for the people drinking tea, it took about six hours for the stomach to start properly to empty, whereas if you drink alcohol it takes nine hours."

He added that larger amounts of alcohol also led to a longer delay of the digestive process.

The study, conducted at the University Hospital Zurich, involved 14 men and six women aged 23 to 58, all of whom were given cheese fondue and randomly assigned wine or black tea. Their drinks, however, were laced with carbon-13, a non-radioactive isotope that can be detected as the subjects exhale and provides data on how fast the stomach empties. As a second randomization, some participants also got water or a shot of schnapps after the meal.

Despite the results, Fox admitted to preferring wine with his fondue, and said the length of the digestive process may not make much difference in the qualitative experience of the meal.

"The good news is that as long as they are healthy and have no gastrointestinal complaints, the answer is no, [it doesn't matter what you drink]," he said. "The people who had the full dose of alcohol - wine and schnapps - felt fuller for longer and had less appetite. But after you've just had a big fondue meal that may not be such a big deal." 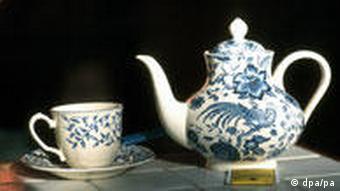 Perhaps one reason why this wine versus tea debate in Switzerland has gone on for so long is that it actually depends on the person's physiology.

"If you're the kind of person that suffers from reflux, so heartburn or acids coming up, the fact that the stomach is full for so much longer, means that you're almost certainly going to go to bed with a full stomach," Fox said. "If you're troubled by a nighttime reflux, you should, frankly, be drinking tea with your fondue.

"If you're troubled by cramping pains, then maybe the alcohol is going to help you [by relaxing your stomach]," he added. "In healthy people, they can drink whatever they fancy."

On the British Medical Journal website, two scientists in Switzerland lauded the study and noted that there may be an opportunity for further research.

"I like to drink Coca-Cola with my fondue, but I've been interrupted by total strangers trying to protect me because they think it's going to be fatal," Dr. John Paul Vader told Deutsche Welle, recalling the Swiss urban legend. 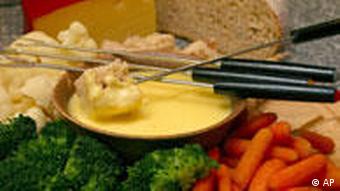 There is still much fondue research to be done, scientists say

"I think it would be interesting to do that study," added Vader, a physician and researcher in the Health Care Evaluation Unit at the University of Lausanne's Institute of Social and Preventive Medicine.

Vader, however, admitted it might be hard finding participants for a study into what is widely misconceived to be a deadly practice.

Another researcher said the flame may not have burned out on fondue research.

"The authors may wish to consider repeating the study, extending outcome to include measures of psychosocial health," wrote Brenda E. Spencer, a reader based at the University of Lausanne's Institute of Social and Preventive Medicine.

"Appropriate indicators may need to be developed, including, for example, incidence and volume of laughter, incidence and duration of dancing and singing and of physical contact with other diners," she wrote in a comment on the BMJ website.

"The opportunity could also be seized to do a comparative analysis using raclette."

Tandoori Love: A Swiss film with a Bollywood twist

A new film has been drawing the crowds in Germany. The director says it is a declaration of love to Indian cinema and Indian food but most importantly it is a film that is supposed to make the audience laugh. (04.06.2010)

Dairy farmers across Europe have been protesting against falling milk prices for months. The small-scale Alpine farms of Switzerland are among the producers hard hit by the dairy crisis. (06.10.2009)

For some, coffee making is an art while for others it can be the long, laborious process one goes through before getting the much-needed caffeine high. But how far will the purists go to get the purr-fect cup? (07.08.2008)