Bowhead whales get old - very old. They can roam the Arctic seas for up to 200 years. Now, researchers have found that the key to the whales' longevity might just lie in their genes. 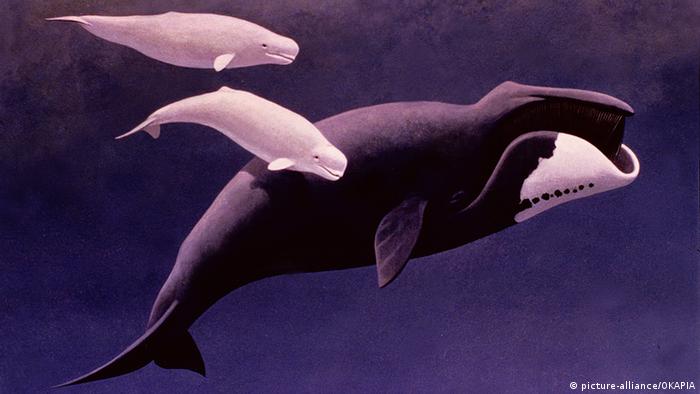 Bowhead whales live in the Arctic seas, from Alaska to Greenland, about 100 meters (328 feet) below sea level. They eat krill - tons of it - along with other small animals, and reach a weight of up to 100 metric tons (110 tons).

Scientists have known for a long time that these mammals reach an extremely old age. With a life expectancy of up to 200 years, they represent the Methuselah among their peers - no mammals live longer.

But their longevity is not the only remarkable thing about bowhead whales. Researchers have also been trying to solve the mystery of why the animals hardly ever get ill - even in old age. One theory is that a genetic mechanism protects them from cancer, metabolic diseases, neural disorders or cardiovascular diseases.

There is now evidence to support this theory.

A large team of scientists from Great Britain, Ireland, South Korea and US has now mapped the whale's entire genome, and discovered special genetic properties that influence DNA repair and cell growth. 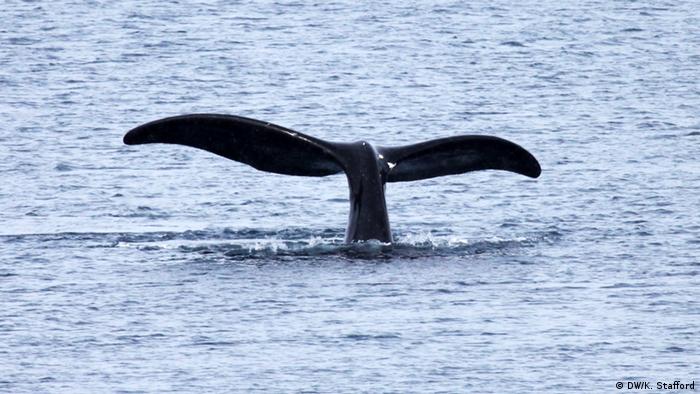 Genes that are thought to be responsible for the immune system or certain metabolic processes were also discovered to be different than in other animals - including other whales.

The bowhead whale has different genetic markers from the common minke whale, a close relative with a significantly shorter lifespan of around 50 years.

But scientists will have to continue researching whether the genes they identified are indeed responsible for the bowhead whale's long life.

To do this, they want to switch certain genes in mice such that their genes would resemble those of the bowhead whale. If the mice's lifespan increases, the researchers will know they've been studying the right genes.

'Tricks' for a longer life

"Our understanding of species' differences in longevity is very poor, and thus our findings provide novel candidate genes for future studies," said Joao Pedro de Magalhaes, a biologist at the University of Liverpool.

Magalhaes believes that different species have developed different genetic "tricks" to prolong their life: "By discovering those used by the bowhead whale, we may be able to apply these findings to humans in order to fight age-related diseases." 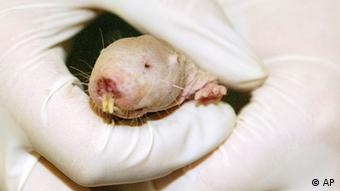 May not be pretty, but sure is healthy: the naked mole-rat

Peter Tessarz from the Max Planck Institute for Biology of Aging in Cologne believes the map of the bowhead whale's genome to be very valuable knowledge for research into aging.

"This animal is not only interesting because of its extremely long life expectancy - but also because as a mammal, it's closely related to us," Tessarz said.

Organisms that aging researchers usually work with include models like yeast or nematodes. Even in analyzing these simple organisms, there are hundreds of genes that potentially influence aging in different ways.

"After the publication of the bowhead whale's genome, researchers now have the option to compare genes they believe to be aging-related in bowhead whales, with those in other long-living mammals," Tessarz said.

The whale is not the only animal with special genes that lead to a longer life and fewer illnesses. The naked mole-rat - an African rodent - has genes that for example can produce long-chained sugar molecules. And according to recent studies, such chains protect the body from cancer.

Mankind's ancestors were consuming alcohol ten million years ago, according to US researchers - far earlier than the previously assumed 9,000 years. Their genetic findings could also throw new light on alcoholism. (02.12.2014)

It once only circulated in Asia - now it's arrived in Europe: the avian flu virus strain H5N8. There's no immediate danger for humans, but experts are advising caution over the new bird flu outbreak. (17.11.2014)