London's Tate Modern is showing 40 works by iconic Danish-Icelandic artist Olafur Eliasson. The show, "In Real Life," addresses the fragility of nature in the climate crisis age through some evocative installations. 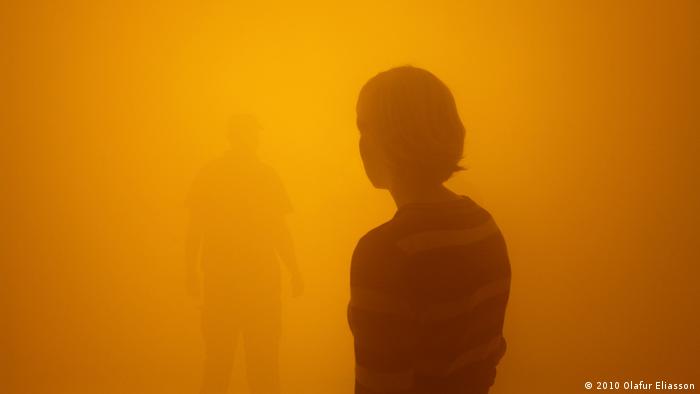 An Olafur Eliasson installation keeps the viewer entranced. It is virtually impossible not to enter into dialogue with one's own shadow, with partially hidden reflections or perhaps with a breathing wall of moss. Eliasson seems to effortlessly create what many artists strive very hard for in their works. Yet his often playful installations are also imbued with a great deal of conviction.

"Although there are objects that can be exhibited in a gallery and that may also be collected, it's actually about the encounter itself," the Danish-Icelandic artist told DW in Berlin in 2010. The Tate Modern in London is now giving visitors the chance to engage in these encounters in a special Eliasson show that draws from 30 years of artistry.

When a young Eliasson relocated to Berlin in 1994 after studying art in Copenhagen, he quickly decided to jettison his theoretical training and go in search of his own true calling as an artist. He partly did this though hiking tours in his native Iceland.

"I perceived every stone, every smell, every bit of water, every type of light and every hole in the ground, but it was different every single day," he said in an interview with Der Spiegel magazine in 2000. He had hit upon a theme: The interrelationship between humans and nature.

This artistic awakening is prevalent throughout the Eliasson works that make up the "In Real Life" show in London. Moss Wall 1994, for example, is a 20 meter (66 foot) long wall made of Finnish reindeer moss. 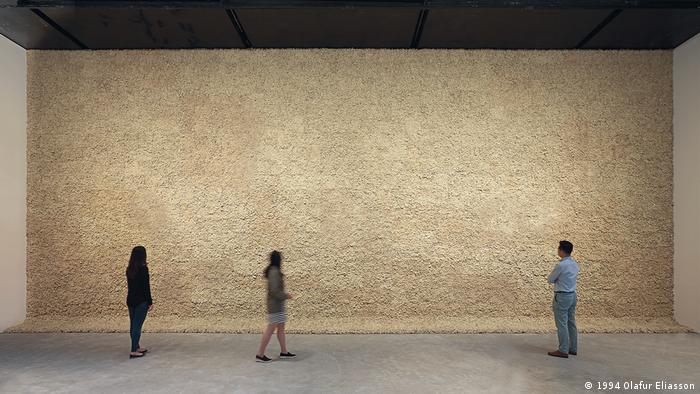 You can smell this huge living organism before you even enter the room. Are you permitted to touch it? Absolutely. Eliasson has faith in museum goers to be responsible and have awareness about their interaction with the work. This is the way to discover art; not through written explanations on panels. An Eliasson art show is about subjective perception, about experiencing art with all one's senses.

Among the essential elements that are ever-present in these works, water is a recurring motif. Beauty 1993, for example, is a simple yet powerful water installation that evokes a rainbow via spotlights.

Meanwhile, Big Bang Fountain 2014, which was created some 20 years later, is a fountain in a darkened room that only becomes visible when a brief pulse of light hits the water at its highest point. Eliasson designed an 11 meter high waterfall with the help of scaffolding for this version of the installation. 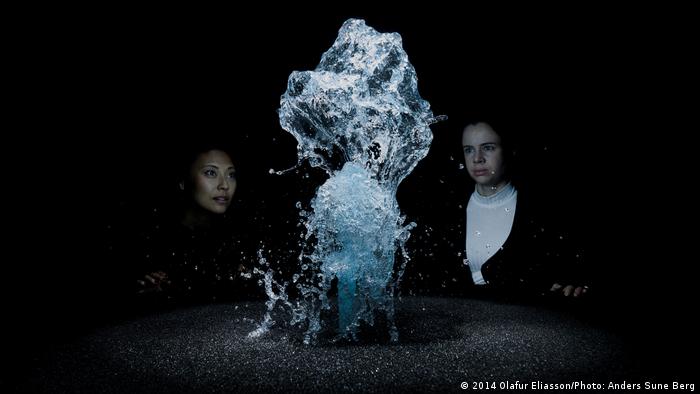 Viewers are not only forced to contemplate the wonders of nature in the climate crisis age, but take a good, hard look at themselves. Your Spiral View from 2002 features a huge, walk-in kaleidoscope of mirrors that helps to twist one's self-perception.

A borderline experience can also be had in the installation Dein Blinder Passagier 2010 ("Stowaway" 2010), a 39 meter fog corridor (see top image) in which visitors can only see their feet and have to feel their way along the walls.

The show seems timeless. Without text panels, it is difficult to determine the years in which the works were created. They are just as relevant today as they were 30 years ago, Eliasson told the German Press Agency a day before the opening.

Yet today's visitors would "view them with a different perspective," he added. That is why he does not want the exhibition to be considered a retrospective. "I hope to work for another 30 years," said the 52-year-old.

The Tate Modern is a special place for the Scandinavian artist. For the gigantic turbine hall of the former Tate power plant, he created a glowing illusory sun under a mirrored ceiling in the 2003 work, Weather Project. This was a milestone in contemporary art that was visited by two million people, giving his career a massive boost.

It is fitting then that "In Real Life" ends with Little Sun, a small solar lamp he created in 2012 that provides light for five hours and is intended for use by the many family households in sub-Saharan Africa that are not connected to the power grid. 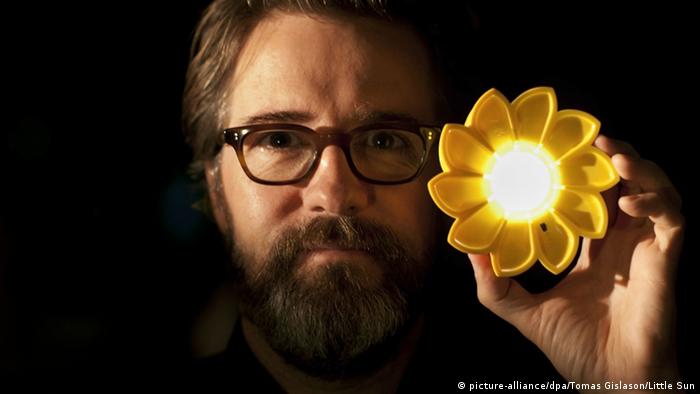 Inspired by his legendary "sun" that showed at the Tate in 2003, Eliasson and engineer Frederik Ottesen started the "Little Sun" project in 2012 that aimed to bring sustainable solar lamps to people who need them most.

Based in Berlin since the early 1990s, Eliasson runs a studio in a former factory building in Prenzlauer Berg in which around 100 employees implement his designs. They, too, are part of the exhibition: Every two weeks, some of them are brought virtually from Berlin to London for conversation via a live broadcast.

To contribute to the good vibe at the Eliasson art studio, the artist treats himself and his crew to their very own canteen. For Eliasson, it's a place where all employees can meet in a relaxed atmosphere — and eat excellent organic food.

Otherwise inaccessible to outsiders, visitors can get a taste of Eliasson cuisine during the solo show. At the Terrace Bar of the Tate Modern, his chefs will offer regional vegetarian food just like in his Berlin studio.

Eliasson's commitment to protecting the environment is also evident in the exhibition. For example, in 2018, he had chunks of Greenland's glacier ice brought to the entrance of the Tate Modern so that the Londoners could directly experience the melting caused by climate change. Photos of this, as well as the glaciers in Iceland taken by the artist, can be seen in the current show. 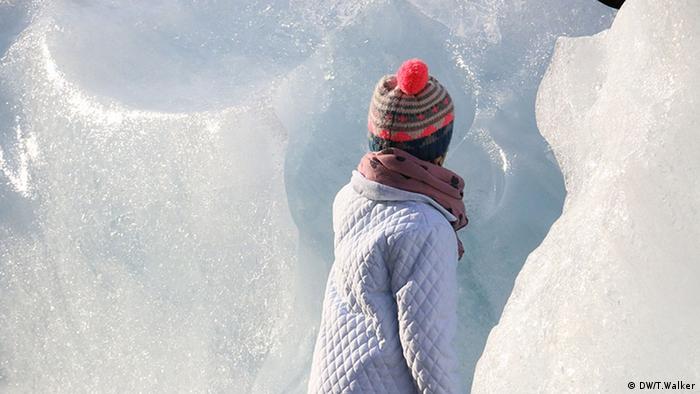 The London museum itself is also climate-conscious: All the works in the solo exhibition were brought to London by land or sea. In an interview with German public broadcaster ARD, Eliasson said that visitors to the show need to make a similar effort.

With five million annual visitors, the Tate Modern has enjoyed huge success. Opening this week, its new wing provides not only more exhibition space for modern art, but aims to give the museum a new global perspective. (15.06.2016)

Wolfgang Tillmans and his creative defense of ethical standards

With his camera, Wolfgang Tillmans explores the big questions in life. The Tate Modern in London is honoring the German artist with an extensive exhibition. (16.02.2017)