Oil prices sinking - even without Iran | Business| Economy and finance news from a German perspective | DW | 30.07.2015

Oil prices sinking - even without Iran

Oil prices worldwide have been falling for the past year. And the return of oil from Iran - following its landmark nuclear deal - is expected to put further pressure on the prices. DW examines the global oil market. 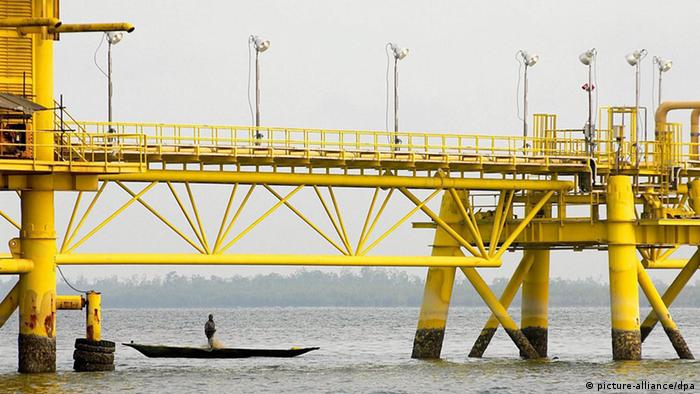 "A year ago, the price of a barrel of Brent North Sea crude stood at around $110. It is currently hovering at about half that price - around $55," recalled Alexander von Gersdorff of the Berlin-based Association of the German Petroleum Industry (MWV). The price of West Texas Intermediate (WTI) crude has even dipped to below $50 a barrel recently. This slump in prices came even before Iran scaling up its oil exports.

Despite Iran's recent nuclear deal with world powers, the country might still take a considerable amount of time to ramp up its oil production. In order to increase crude output, Iran first has to invest in and modernize its oil production and transport infrastructure.

Experts at Germany's Commerzbank estimate the Middle Eastern nation's output to be around half-a-million barrels per day by mid-2016. The figure is relatively small when compared to the Organization of the Petroleum Exporting Countries' (OPEC) 30 million barrels a day. Iran therefore hardly plays any role currently in the pricing of oil.

According to MWV's von Gersdorff, it is the rising oil production in the US and weakening demand in China that are determining the movements in crude prices. "Oil production in the US, contrary to expectations, is not declining. It remains at a very high level, at a level seen in the early 1970s," the expert told DW.

Last year, for instance, annual oil production in the US surged by about 16 percent, turning the country into the world's third largest crude producer after Saudi Arabia and Russia.

Around half of the US crude is produced through the controversial and expensive process of hydraulic fracturing, also known as fracking, which frees oil and natural gas from shale by injecting a well with chemically treated water and sand.

The Organization of Petroleum Exporting Countries and Russia have said sharp drops in oil prices are unlikely to continue. At a meeting in Moscow, the two sides noted they expected the market to stabilize in 2016. (30.07.2015)

'People will not accept crappy terms' for Iranian oil

Amid sliding oil prices, OPEC's secretary-general is in Moscow to discuss the Iran nuclear deal. DW talked to US energy expert Richard Nephew about Iran's chances of finding success on the international oil market. (30.07.2015)

US permits Shell to explore for oil in the Arctic

Royal Dutch Shell has been given two final permits to explore for crude oil in the Arctic this summer, a move opposed by environmentalists. But the company cannot drill until emergency equipment arrives in the region. (23.07.2015)

The Iranian nuclear deal will allow Germany to quadruple its exports to Iran in the next four years. Daniel Bernbeck, a German business representative in Tehran, discusses the opportunities of the deal in a DW interview. (21.07.2015)

"At the same time, we are also seeing weakness in the Chinese economy, which is weighing on the demand for oil," said von Gersdorff. The situation is compounded by the economic slowdown in many emerging markets such as Russia and Brazil, thus leading to a drop in the demand for energy.

Added to these factors is OPEC's policy this time round not to cut production despite the fall in crude prices. In the past, the cartel of oil-exporting nations had always aimed at maintaining high prices, sometimes even by reducing supply by cutting production levels.

But this time OPEC finds itself in a weaker position than before, as the cartel's output now accounts for just about 40 percent of global crude oil supply. Still the body plays a very significant role, said von Gersdorff. "The cartel is currently keeping the supply at a very high level to push the other players out of the market, say many observers," he noted.

The "other players" are mainly US shale producers. While Saudi Arabia had, in previous instances, repeatedly stepped in to stabilize the oil prices, the country this time has kept its daily production levels unchanged at about 10 million barrels. Experts say Riyadh's strategy is to cause a plunge in the crude price to such a level that fracking in the US and Canada becomes unviable.

Demand to rise in the long run

In addition to the excess supply and sluggish demand, there are also other factors. For instance, at least in the industrialized world, there has almost been a decoupling of economic growth and crude oil consumption. "This pattern can be clearly observed in the numbers," said MWV expert von Gersdorff.

"Although the German economy posted slight growth in the first half of the year, fuel consumption was down by 2 percent," he pointed out. Furthermore, petrol and diesel are used more efficiently not only in Germany, but also across the world.

Despite that, experts believe global energy demand is set to increase by some 35-50 percent in the coming 20 years, according to von Gersdorff. However, this rise in demand is expected to be accompanied by an increase in supply. "Oil reserves worldwide have actually been growing and not falling," the expert argued.

He stressed that both conventional and non-conventional sources would contribute to the growth in supply, and that the US and Canada would play a key role. "Canada pumps 3 million barrels of oil per day, thanks to the so-called unconventional techniques which are increasingly being used."