Oil hits two-year high with no peak in sight

As oil prices climbed to a two-year high at the end of 2010, experts are saying that the upward spiral has yet to peak and that crude may hit 200 dollars a barrel this year. 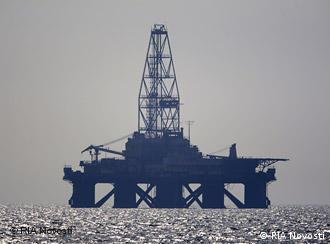 Despite intensified exploration, oil prices are expected to climb

Oil prices closed out 2010 at a 26-month high of $92 (69 euros) a barrel, up 15 percent on expectations that the global economic recovery will drive demand in the new year and send prices to triple digits.

The question is, however, just how high will those three little digits be? At this point in time, forecasts vary widely, but there is widespread agreement that consumers and industry can expect sharply rising prices due to soaring demand.

At the optimistic (for consumers) and conservative end of the scale, some experts are predicting that crude will surpass $100 a barrel in 2011. But they do not expect a surge in levels to the $145 seen in 2008, when oil first breached the triple digit barrier.

At the opposite end of the scale, others are predicting a surge to levels never seen before – possibly as high as $200 a barrel.

Werner Zittel, an oil expert with the energy consulting firm Ludwig-Boelkow-Systemtechnik in Ottobrunn, told German public broadcaster ARD on Monday that "the hour of truth" had arrived. 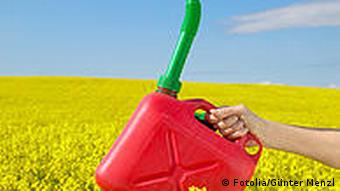 "Can global oil production keep up with the growing demand or not? I tend to think: no, game over," he said.

Zittel is convinced that 2011 will be a fateful year for worldwide oil supplies. He believes that the price shock of 2008 was just a harbinger of what's to come.

"If production is not expanded, then oil could get very, very expensive," he said.

Fatih Birol, the chief economist of the International Energy Agency in Paris, agrees with that assessment and has expressed concern that the signals coming from the Organisation of the Petroleum Exporting Countries (OPEC) in particular did not bode well for the price of oil.

"If they (OPEC) wanted to, they could increase production, but the latest comments suggest that they are not prepared to expand production – and that means higher oil prices in 2011," Birol said.

Economists are worried that rising energy prices could stifle the fledgling economic recovery. If manufacturers are forced to charge more for goods due to rising production costs for energy, consumers will cut back on purchases which, in turn, would put another dent in sales and profits.

Birol said that other oil sources were urgently needed, such as oil sands or biofuels, but that is very difficult and predicted that "the age of cheap oil was gone for good."

IEA predicts oil prices will more than double by 2035

The International Energy Agency has called for oil subsidies to be eradicated as it predicts that oil demand and prices will rise in the next 25 years, despite a push towards green energy. (09.11.2010)

Less than an hour into 2011, oil began to flow from Russia to China through a new pipeline. The move represents a significant step in Moscow's efforts to expand its oil deliveries to non-European markets. (01.01.2011)

Germany's Wadden Sea National Park, along the North Sea coast, turned 25 this month. As the world struggles with agreements to reverse biodiversity loss, the Wadden Sea shines as an example of transnational conservation. (25.10.2010)