Obfuscate yourself! Be suspicious and keep our private information private online | Science| In-depth reporting on science and technology | DW | 23.02.2017

Obfuscate yourself! Be suspicious and keep our private information private online

Happy to bare - sorry - share all online? Surely one day we'll wish some things were private. Even as post-privacy activists or social media stars. Finn Brunton, co-author of "Obfuscate," on hiding your tracks online. 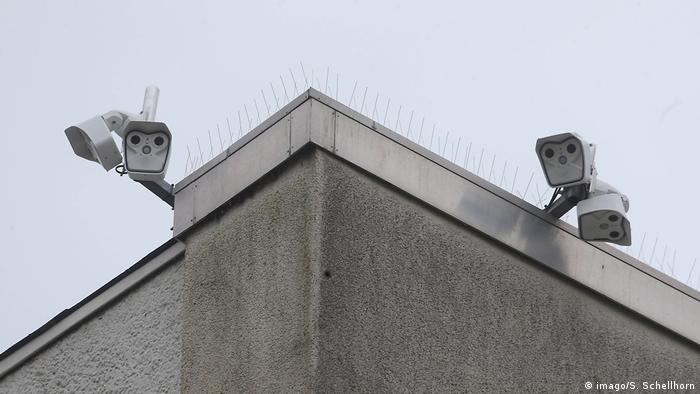 DW: What is obfuscation?

Finn Brunton: Obfuscation is the deliberate production of ambiguous, confusing, or misleading data to foil the collection and aggregation of digital information.

What are the most practical techniques for use online - techniques that anyone can deploy, regardless of technical ability or age?

We talk about many of these in the book. Part of the longer term goal of writing it, and hosting workshops, is to start developing software, like TrackMeNot and AdNauseaum, both led by Helen, on both the client and server side that can obfuscate traffic on behalf of users. But we can all conceal our real feelings within deliberately banal Facebook activity, help others to bury bad activity through things like flooding hashtags [as in the Brussels lockdown case], and get used to thinking of our identities not as singular but as plural. Of course, we encourage everyone to use obfuscation, when necessary, in concert with other privacy techniques, including secure messaging, password managers, and privacy-respecting search engines.

You devote quite a bit of the book to the ethics of obfuscation. When should we be transparent, or visible online? And when is it okay to hide our tracks?

For us, the answer to this 'it depends.' But the first step is being able to make this choice, and to make it in full knowledge of the conditions and consequences of being transparent, rather than having it forced upon us, or presented in vague or deceptive ways. Beyond that, it's a matter of the reasonable moral choices we already make in many other areas of our lives: transparency to a doctor, a family member, a friend, but not to an advertiser or a government agent acting on behalf of an unjust law, for instance.

There are people, like Jaron Lanier, who, if I recall, have argued for full transparency on the internet [no anonymous IDs, for instance]. How do you feel about that?

That's a terrible idea. The challenge is to mitigate the harms caused by anonymity, without losing the many social benefits obtained by allowing people to have different identities and personae, explore topics, and author and share material without having to do so under their single, government-issued ID.

What are the risks of obfuscation? Isn't there the boomerang effect that techniques designed to protect the 'innocent' will be deployed by the 'criminal'?

Absolutely, there is that, just as there is for any other technology. A technology only capable of doing 'good' probably isn't good for much. We provide examples of both kinds of uses in the book. However, we found that obfuscation, by its nature as a technique, is generally better suited to the weaker [the innocent] rather than the stronger actor.

So can obfuscation contribute to making the internet safer? What can kids do to protect their identities and experience a generally safe time online?

One of the habits I think obfuscation helps to build is getting used to the idea of not having to provide real information about yourself. We're under no obligation to, and it's reasonable to be suspicious and keep our private information private! It's a habit that many social network services want very much to discourage. That, plus having some understanding of the kind of tricks used against us [fake URLs, malware downloads purporting to be system messages, etc.] will go a long way.

This interview was conducted via email.

Finn Brunton is an assistant professor in Media, Culture, and Communication at NYU. Together with Helen Nissenbaum, he co-authored "Obfuscation - A User's Guide for Privacy and Protest." Nissenbaum is a professor at New York University in Media, Culture, and Communication & Computer Science and a director at the Information Law Institute. Their book was published in 2015 by The MIT Press and came out in paperback late last year.

The most obvious passwords on the internet

A lot of add-ons are supposed to make surfing the net easier. Some, however, in fact spy on user behavior and pass on that information to third parties. The sensitive data has become a lucrative business. (07.02.2017)