The White House has confirmed that US President Barack Obama is to veto the Justice Against Sponsors of Terrorism Act. The president's staff says the bill does not represent an effective response to terrorism. 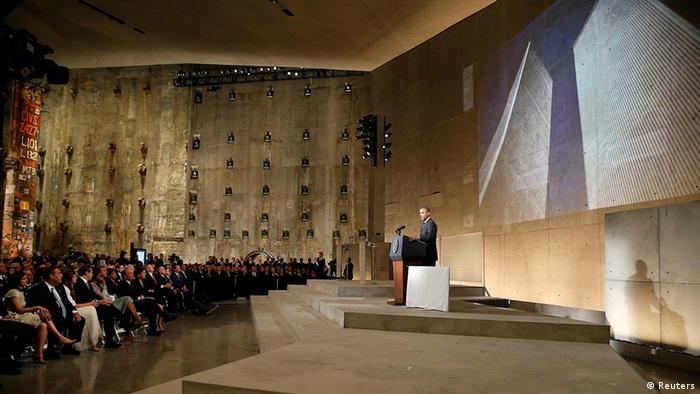 The House of Representatives had approved the act on Friday, four months after the Senate had passed it and just two days before the 15th anniversary of the attacks on US soil, which killed nearly 3,000 people.

But Obama's staff on Monday confirmed that the bill to allow relatives of victims of the 2001 attacks to sue Saudi Arabia for compensation would be vetoed by the president. "I do anticipate the president would veto this legislation when it is presented to him," spokesman Josh Earnest said.

"That's not an effective, forceful way for us to respond to terrorism," Earnest said. He said that the text has yet to reach the president's desk.

The act has raised major concerns among US allies in the Gulf States. Saudi Arabia was the home nation to 15 of the 19 hijackers.

The six-member Gulf Cooperation Council, made up of Bahrain, Kuwait, Oman, Qatar, Saudi Arabia, and the United Arab Emirates, expressed on Monday "profound worry" over the bill, claiming it would "create a grave precedent."

If passed, the bill would have waived the doctrine of sovereign immunity that protects nation states fom civil suits or criminal prosecution. This could have exposed the US to lawsuits in a number of countries.

Should Congress wish to override the veto, it would require a two-thirds vote in both the House and Senate. It would also be the first time that Obama would have faced such a move.

Obama has 10 days to veto the bill before it automatically becomes law. The Constitution also allows a "pocket veto." Under this, a president can defeat a bill just by holding onto it until Congress is out of session.

President Obama has urged Americans to stay united and protect diversity on the 15th anniversary of the 9/11 attacks. At ground zero in New York, the names of those killed were read out in keeping with tradition. (11.09.2016)

The US Congress has passed a bill that would allow families of 9/11 victims to sue the government of Saudi Arabia, although Obama has vowed to veto it. The measure comes ahead of the 15th anniversary of the attacks. (09.09.2016)