The US Congress has passed a bill that would allow families of 9/11 victims to sue the government of Saudi Arabia, although Obama has vowed to veto it. The measure comes ahead of the 15th anniversary of the attacks. 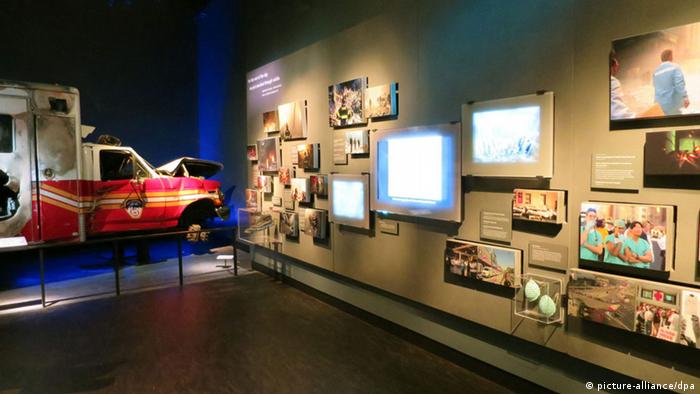 A bill that would allow the families of the 9/11 attack victims to sue the Saudi Arabian government in US federal court is heading for President Barack Obama's desk after the House of Representatives passed the measure with a seemingly unanimous vote on Friday.

The measure was approved on the last working day before the 15th anniversary of the worst terror attacks in US history. The attacks on September 11, 2001 killed more than 2,600 people from more than 50 countries, although the vast majority were Americans.

"We can no longer allow those who injure and kill Americans to hide behind legal loopholes, denying justice to the victims of terrorism," said Republican Representative Bob Goodlatte, the chairman of the House Judiciary Committee.

But President Barack Obama has vowed to veto the bill because it violates the fundamental principle of sovereign immunity, which protects nation states from both civil and criminal lawsuits.

If US citizens can sue foreign governments, he has said, then other countries will pass laws allowing their citizens to sue the US government.

"This legislation would change long-standing, international law regarding sovereign immunity," said White House spokesman Josh Earnest back in May, after the Senate unanimously approved the bill.

The seemingly overwhelming support for the bill in both houses of Congress suggests enough support to override a presidential veto, which requires a two-thirds majority vote. If it comes to pass it would be the first veto-override of Obama's presidency, though it would likely not occur until after the November election.

Saudi Arabia had threatened to pull billions of dollars from the US economy if the Justice Against Sponsors of Terrorism Act (JASTA) becomes law.

Saudi Foreign Minister Adel bin Ahmed Al-Jubeir has denied such threats, but he warned that investor confidence would be shaken if such a measure was enacted.

"In fact what they [Congress] are doing is stripping the principle of sovereign immunities, which would turn the world for international law into the law of the jungle," Al-Jubeir said.

Two months ago, Congress released 28 declassified pages from a congressional report into the 9/11 attacks that sparked renewed speculation about possible links between the 9/11 hijackers and the Saudi government, or representatives of the government.

While 15 of the 19 hijackers were Saudi citizens, US investigations have never been able to draw a direct link between the terrorists and the government in Riyadh.