US President Barack Obama has made his most vehement attack to date on Donald Trump's anti-Muslim rhetoric. This after the presumptive Republican candidate's comments implying Obama was soft on "Muslim terror attacks." 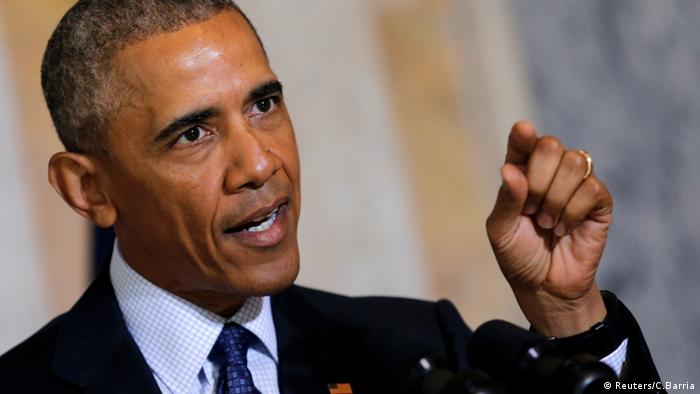 In a speech on Tuesday Obama directly targeted Trump's views as a threat to US security and "a menacing echo of some of the most shameful moments in US history."

The incumbent has often dismissed Trump as a buffoon, but never openly attacked his ideas or his language. Obama said Trump was a "dangerous threat to the nation's safety, religious freedom and diversity."

The Florida attack - in which a gunman killed 49 people at a gay nightclub - has already had an impact on the presidential race, fueling ongoing spats about immigration, gun violence and religious tolerance.

Trump said this week that Obama's policies have been hampered by his refusal to use the phrase "radical Islam" when describing the forces urging attacks like the one in Orlando, adding that the president should resign if he does not use the phrase. 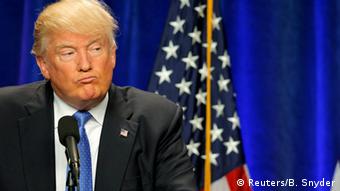 In the wake of terrorist attacks, Donald Trump has called for a suspension in immigration from Muslim countries

Trump has used the massacre to reiterate calls for a ban on Muslim immigration and has accused Obama of being weak in confronting extremist groups.

"President Obama claims to know our enemy, and yet he continues to prioritize our enemy over our allies, and for that matter, the American people," Trump said in a statement. "When I am president, it will always be America first."

"There is no magic to the phrase 'radical Islam,'" Obama said. "Someone seriously thinks that we don't know who we are fighting? If there is anyone out there who thinks we are confused about who our enemies are -- that would come as a surprise to the thousands of terrorists who we have taken off the battlefield."

Obama also pointed to his success in tracking Osama bin Laden and other leaders, as evidence of his success.

"That's not the America we want. It does not reflect our democratic ideals," Obama said in remarks scheduled to update the public on the counter-Islamic State campaign. He added that Trump's "loose talk and sloppiness" could lead to discrimination and targeting of ethnic and religious minorities.

"We've gone through moments in our history before when we acted out of fear and we came to regret it," Obama said. "We've seen our government mistreat our fellow citizens and it has been a shameful part of our history."

It will make us less safe, says Obama

Hillary Clinton wades in too

"We don't need conspiracy theories and pathological self-congratulations," Clinton said also on Tuesday. "We need leadership and concrete plans because we are facing a brutal enemy."

Clinton's lead over Trump in the presidential race has narrowed since late last week, according to the results of the first Reuters/Ipsos poll conducted since the Orlando shooting. 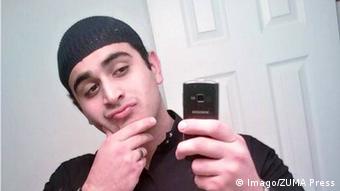 Omar Mateen, son of an Afghan immigrant, murdered 49 people in an Orlando nightclub

The poll, conducted from Friday to Tuesday, showed Clinton with an 11.6-point lead over Trump, down from the 13-point lead she had in the previous five days.

Republicans split on ban on Muslims

In a speech on Monday, Trump said he would suspend immigration from countries with a "proven history of terrorism" against the US, Europe and allied countries "until we fully understand how to end these threats."

House Speaker Paul Ryan of Wisconsin, the highest-ranking elected GOP official, emphasized his opposition to Trump's proposed ban on Muslims entering the US. He said he did not think such a ban was "in our country's interest" or "reflective of our principles not just as a party, but as a country."

Republicans instead focus on broader criticism of the president's counter-terrorism strategy as unfocused, ineffective and too soft on Islamic institutions and governments that support terrorism.

Most Republicans also support Trump's proposed ban on Muslim immigration, while a majority of Americans oppose it.

Trump's strident tone on Muslims and national security appears to have helped him in the past, at least with Republicans. He surged in opinion polls among Republicans late last year after attacks in Paris and San Bernardino, California.

The Orlando shooter who killed 49 people was inspired by extremist websites, President Barack Obama has said. He called it a case of "homegrown extremism," saying there was no clear evidence of external instructions. (13.06.2016)

The rights of members of the LGBT community are once more in the spotlight. The differences between the developing world and the West may, however, be smaller than many imagine. (14.06.2016)

The Democrats are starting to unite and it is only a matter of time until Bernie Sanders throws in the towel. Expect Hillary Clinton to move to the left to pick up Bernie's supporters, says DW's Miodrag Soric. (10.06.2016)