Orlando attack highlights global rise in violence against LGBT communities | World | Breaking news and perspectives from around the globe | DW | 14.06.2016

The rights of members of the LGBT community are once more in the spotlight. The differences between the developing world and the West may, however, be smaller than many imagine. 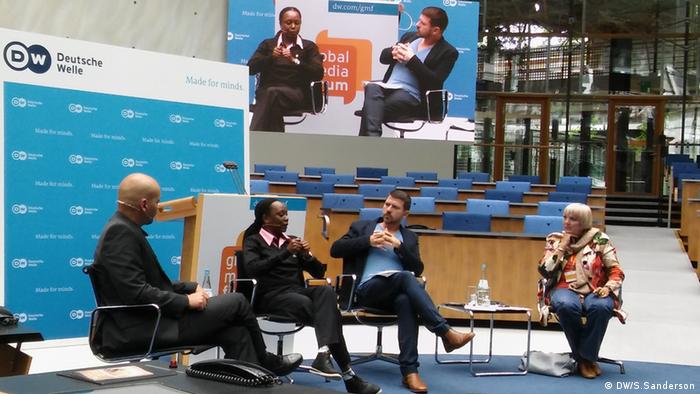 It's been less than a year since gay marriage was legalized in the United States, but any celebration of the upcoming anniversary will likely be overshadowed by the horror of the June 12 killing spree at the Pulse gay bar in Orlando, Florida, which saw at least 49 people killed. Many have said that this massacre served as a somber reminder that a lot of work remains to be done to combat homophobia - not just in the US. Others regard the assault as an act of terror, at best secondary to any kind of undertones of hate and bigotry towards gays and lesbians.

At a panel discussion at the Global Media Forum 2016, Kriss Rudolph, editor of "Männer" magazine, Germany's largest gay publication, said that in this context homophobia was equal to terrorism, adding that the question about the nature of the attack didn't even occur to him.

"LGBT people are terrorized around the world. Why should this act be different?" he asks as the moderator of a panel discussion and lists countries in which homosexuality remains punishable by death. The acts in Orlando have also been described as an "execution" in various news outlets, regardless of the motivation and regardless of the debate on gun laws in the US.

Rudolph argues that members of the LGBT community in many parts of the Western world continue to live in fear, despite perceived progress. But is there a notable difference between the developing world and the West in this regard?

Choosing your battles – in Uganda

Kasha Jacqueline Nabagesera, a recipient of the Right Livelihood Award, which is also known as the Alternative Nobel Prize, says that while clearly there are differences, there is also much hypocrisy, which she says "bothers" her more.

"There is this hypocrisy from our Western partners. When they sign agreements to deliver aid they often make LGBT rights a requirement. But when our people seek asylum and peace in their countries, they turn us down. They are pushing us back into the closet to suffocate," Nabagesera says, citing examples of gay refugees that have been sent back to their home countries, despite fearing for their lives. 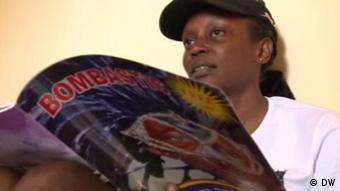 The editor of Uganda's only gay and lesbian publication lives in constant fear. She says that she can "not walk on the streets of Kampala" and does not use public transport in order to avoid attacks if someone recognizes her. She has received death threats for distributing her glossy magazine "Bombastic," which she has made available for free because "no one is going to buy something like that with their little bit of hard-earned money." To this end, she receives financial help from international allies - in the hope of sparking a change in attitudes in Uganda's highly volatile climate against homosexuals.

Yet Nabagesera understands that much progress also coexists with regression:

"We celebrate successes like with gay marriage in the US. We also mourn victims of the recent attacks and we fight those who want to silence us. But we have to choose our battles wisely," she explains, referring to the kind of hate mail she has to deal with on a daily basis.

"I can't reply to every single threat. I don't have time to feel threatened," she tells DW.

Hatred around the world

Claudia Roth, vice president of the Bundestag, says that she faces similar challenges in Germany for being an outspoken LGBT ally. She tells the panel that it makes "no sense to enter into a discussion with someone who wants to kill me" while reaffirming that she feels a sense of "historic responsibility" that prompts her to prioritize LGBT issues as a cornerstone of her political career.

"The Nazis killed gays and lesbians. So I can't live with any discrimination," she said at Global Media Forum and went on to paint a grim picture of the present state of LGBT rights in the world: 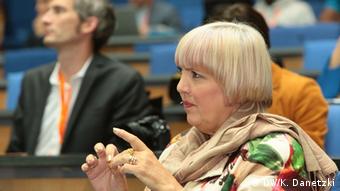 "And some right-extremist parties are talking the same [way]. We face two realities right now: on the one hand there's more liberty [for gays and lesbians]. On the other hand you have the likes of Erdogan and Putin. What's happening in Turkey is terrible. Freedom of expression is disappearing. People at gay pride marches are beaten brutally. Is this part of the deal the EU has signed with Turkey? What we are now facing in our neighbor Poland is also not looking optimistic," Roth remarked, referring to dwindling freedom of expression there.

Nabagesera, meanwhile, keeps a more hopeful outlook. For her, every small victory in Uganda seems to be an important step on the road to acceptance, even though it might be a long time until her message reaches hearts and minds: