US President Barack Obama is to lift some trade and investments sanctions against Africa's third largest country. But the country will still remain a state sponsor of terrorism in Washington's eyes. 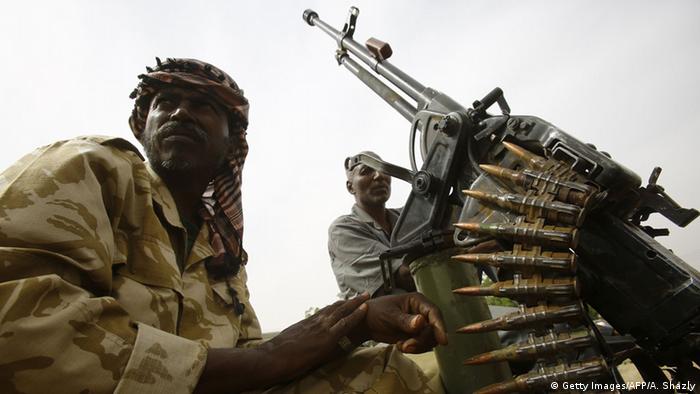 Obama informed Congress on Friday that he will lift barriers against the Khartoum government but only after a six-month delay to ensure Sudan continues to improve its human rights record.

The outgoing US president cited "a marked reduction in offensive military activity and a pledge to maintain a cessation of hostilities in conflict areas."

After tough negotiations, the UN has extended a peacekeeping mandate in the world's youngest nation. Despite criticism from Russia and China, the resolution has provided tools to prevent escalations, including sanctions. (17.12.2016)

Under threat of sanctions from the United Nations, South Sudan's President Salva Kiir has signed a peace deal to end nearly two years of conflict with rebels. But he continued to express "serious reservations." (26.08.2015)

Renewed violence has shaken areas around South Sudan's capital Juba. Aid organizations are warning that the humanitarian crisis could spiral out of control. Germany has called for sanctions and more diplomatic pressure. (01.08.2016)

The sanctions relief is expected to impact businesses that deal with agriculture, import-export services, transportation, technology and medical equipment, and oil, a White House official said.

But the move was criticized by human rights groups, one of whom described it as "inexplicable" given the "ongoing war crimes and crimes against humanity in Darfur and other conflict zones."

Friday's move, in the last days of the Obama administration, comes in the wake of what the White House said was the African nation's cooperation in fighting Islamic State and other groups.

But the final decisions after the review period will be left to President-elect Donald Trump and his secretary of state, who is likely to be former oil executive Rex Tillerson. The billionaire real estate magnate has yet to comment publicly on the lifting.

The sanctions relief is expected to impact businesses that deal with agriculture, import-export services, transportation, technology and medical equipment, and oil, a White House official said.

Sudan was labeled a state sponsor of terrorism in 1993 and has been subject to a US trade embargo since 1997 over its support for Islamist groups. Al-Qaeda leader Osama bin Laden was based in Khartoum from 1992 to 1996.

Some sanctions will remain in place, including a ban on weapons sales and restrictions on US aid. Sanctions related to Darfur, where rebels have taken up arms against the government since 2003, also remain in effect.

Sudan's economy has plummeted since its oil revenues crashed with South Sudan's secession in 2011, which some analysts said may explain Khartoum's desire for closer cooperation with the West.