The US defense secretary has strongly hinted the US is preparing its naval forces and assets in case President Obama orders military action against Syria. It follows allegations this week of a chemical weapons attack. 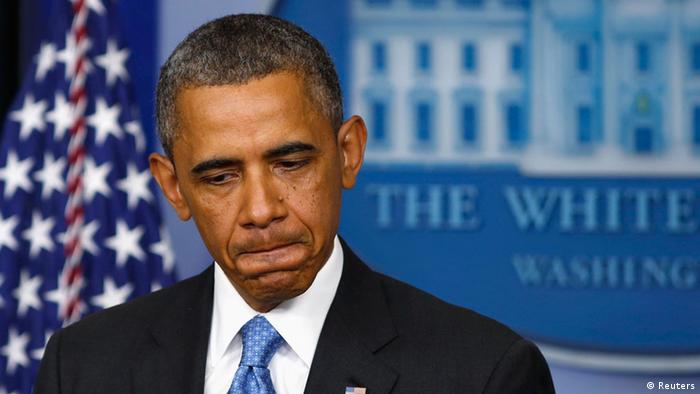 Speaking to reporters aboard a US military aircraft en route to Malaysia, Chuck Hagel said Obama had asked the Pentagon to provide him with military options on Syria. It comes days after the Syrian opposition accused Assad government forces of using chemical weapons in an attack near the capital, Damascus, putting further pressure on the US to intervene in the ongoing civil war.

"The Defense Department has a responsibility to provide the president with all options for contingencies," said Hagel.

Hagel's comments came after unnamed US defense officials said the navy moved a fourth warship into the Mediterranean, with the capability of launching ballistic missiles. There were no immediate orders for any missile launch into Syria.

Obama himself, meanwhile, played down the prospect of speedy US intervention in Syria on Friday.

"If the US goes in and attacks another country without a UN mandate and without clear evidence that can be presented, then there are questions in terms of whether international law supports it - do we have the coalition to make it work? Those are considerations that we have to take into account," Obama told CNN.

On Wednesday, Syria's opposition accused government troops of firing rockets that released deadly fumes over rebel-held areas - gassing hundreds of men, women and children as they slept. A number of videos posted online appeared to show medical staff treating patients without visible wounds or bleeding. But specialists in chemical warfare at the time could not confirm the authenticity of the footage.

Argentina's UN envoy and the current UN Security Council president, Mario Christina Perceval, has called for clarity over the opposition claims and a full investigation. Syria's state media acknowledged fighting in eastern Damascus but has disputed the rebel claims. In the past, it has accused the rebels of using chemical weapons.

On Friday, Hagel conceded that if forces of Syrian president Bashar al-Assad did indeed use chemical weapons against its own people, "there may be another attack coming." This would add urgency to any decisions by the international community, said Hagel.

"So a very quick assessment of what happened, and whatever appropriate response should be made, that needs to happen within that time frame of responsible action," said Hagel, who did not specify a time frame.