Calls to act on the alleged chemical attack in Syria are increasing, however Obama remains hesitant. His top military officer recently laid out the options for a US military intervention, with the financial costs. 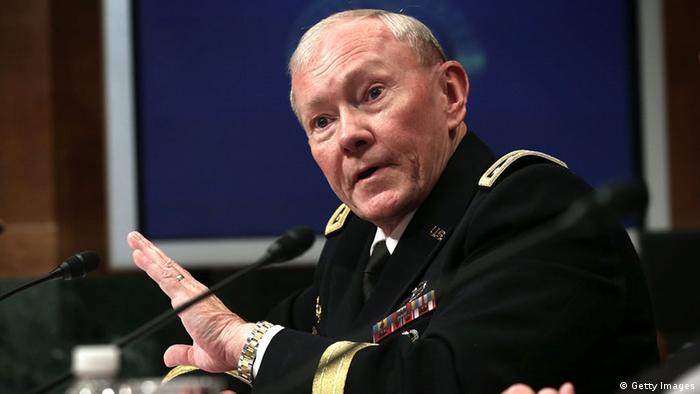 General Martin Dempsey, chairman of the Joint Chiefs of Staff, has clearly outlined to US congressional leaders the risks associated with a fourth major military intervention in a Muslim country, warning that using lethal force in Syria's sectarian conflict would be "no less than an act of war" and Washington "should be prepared for what happens next."

In a recent, tense exchange, US Senator John McCain - one of the most prominent hawks in Congress - had asked General Dempsey whether or not the US should launch a military intervention in Syria. Dempsey demurred, saying that only America's elected leaders could answer such a question. In response, McCain moved to block Dempsey's nomination for a second term as America's top military officer.

Dempsey then answered McCain's question in a letter submitted to the chairman of the Senate Armed Services Committee, Carl Levin. Dempsey laid out an array of military options for the US in Syria, ranging from training the opposition to securing buffer zones with ground troops along the Turkish and Jordanian borders.

"This is in many ways on the one hand the by-product of pressures from Congress and interests groups in Washington and abroad to at least get some visibility on what the US interagency environment is thinking, especially the Department of Defense, on military issues," Aram Nerguizian, an expert on Mideast strategy with the Center for Strategic and International Studies, told DW.

Dempsey warned that military intervention would likely carry a multi-billion-dollar price tag and could ultimately blow up in Washington's face.

"We have learned from the past 10 years, however, that it is not enough to simply alter the balance of military power without careful consideration of what is necessary in order to preserve a functioning state," the general wrote in his letter, referencing America's bloody engagements in Afghanistan and Iraq. 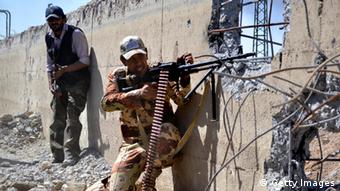 "We must anticipate and be prepared for the unintended consequences of our actions. Should the regime's institutions collapse in the absence of a viable opposition, we could inadvertently empower extremists or unleash the very chemical weapons we seek to control," he said

McCain called the general's assessment of the military options in Syria "most disappointing."

"It has nothing to do with the realities and challenges we face," McCain told reporters. "He basically describes a scenario where it's impossible to intervene, and that's not true."

"I don't think that this is a letter that has been designed, in and of itself, to make any of these options impossible," Nerguizian said. "The shoe is an uncomfortable shoe for Senator McCain; it's also an uncomfortable one for the US military." 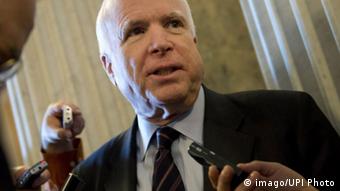 According to defense policy expert Stephen Biddle, there are less costly ways for the US to intervene in Syria. If, for example, Washington were willing to accept more American casualties when implementing a no-fly zone, it could reduce operational costs by leaving some of Assad's air defense systems intact.

"The kind of program that General Dempsey presented is based on ambitious objectives and very low expectations of US casualties," Biddle, a professor at George Washington University, told DW. "If you were willing to be less ambitious or accept more casualties, you would get lower costs."

Despite all the talk of military options in Syria, the civil war there still ultimately requires a political solution, according to Nerguizian. He believes that "at some point, either through some kind of regional compromise, or as a side effect of fatigue at the local level, there will be a moment" for negotiations. 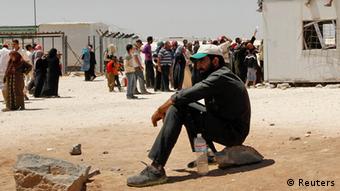 The refugee crisis is straining US allies in the region, such as Jordan

"The US priority in terms of how to use military power should not be military power for its own sake," Nerguizian said. He called instead for a realistic assessment of the power politics involved in Syria's sectarian war, and what will ultimately be required to rebuild and stabilize the devastated country.

Even if Washington were to implement one of Dempsey's military options, the impact that this would have on the civil war's dynamic is uncertain. Biddle believes that it could lead to an escalation, forcing Syria's allies in Iran to become even more deeply involved.

"Historically, when outside powers have gotten involved in civil wars of this kind, normally what that involvement does is lengthen the war and increase the costs of the butcher's bill," Biddle said. "Because when one side increases its engagement, the other side is faced with allowing its client to lose or sending more money and arms itself, and usually it picks more money and arms."

The US decision to provide direct military assistance to Syrian rebels could lead to an escalation of the conflict. The use of chemical weapons was said to be the tipping point, but it's not the real reason, say some. (14.06.2013)

Moderate and jihadi groups have for months battled together in the attempt to overthrow President Bashar al-Assad's regime. But in recent weeks, infighting amongst opposition groups has become more frequent. (16.07.2013)

The United States wants to provide additional military support to the Syrian rebels. Both sides in the conflict are already getting weapons from abroad. Will the weapons of war increase the chances for peace? (15.06.2013)