Urging millions of undocumented immigrants to "come out of the shadows," President Obama announced his plans to bypass Congress and shield millions from deportation. Republicans have vowed a fight. 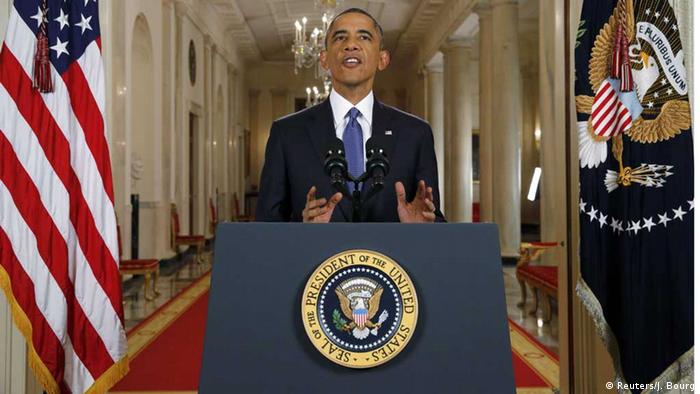 Vowing to use his authority to fix America's immigration system, United States President Barack Obama announced widespread deportation protection and access to work permits for up to 5 million undocumented immigrants living in the US.

Speaking from the White House on Thursday evening, Obama announced that all undocumented immigrants living in the United States for more than five years and who have a child who is a US citizen or permanent resident would be eligible to apply for work permits and be shielded from deportation.

Obama also expanded a 2012 program called "Deferred Action for Childhood Arrivals" that gives legal status to young undocumented immigrants who came to the United States before the age of 16.

Urging unlawful immigrants to "come out of the shadows" and get right with the law, Obama said he was within his constitutional authority to institute the changes.

"There are actions I have the legal authority to take as president - the same kinds of actions taken by Democratic and Republican presidents before me - that will help make our immigration system more fair and more just," Obama said. 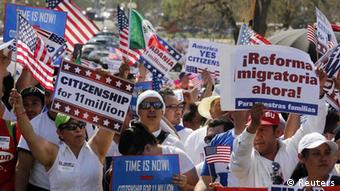 Obama's immigration action would affect an estimated 5 Million of the roughly 11.4 million undocumented immigrants living in the United States

Anticipating Republican criticism of the move, Obama said the new measures did not amount to "amnesty" for lawbreakers.

"It does not grant citizenship, or the right to stay here permanently, or offer the same benefits that citizens receive," Obama said. "All we are saying is that we are not going to deport you."

The new measures will instead emphasize deportation for recent illegal arrivals, criminals, and those deemed a threat to national security. The executive action will also provide for increased security at the southern border, as well as faster access to visas for high skilled immigrants.

According to the White House, people living and working in the US illegally will be eligible to apply for deportation protection beginning next spring. Under the new system, those applying for protection must have a clean criminal record, pay taxes, and pass a background check.

Congressional Republicans have deemed Obama's immigration action and vast overreach of executive power, and have vowed to fight the President tooth and nail.

"That's just not how our democracy works," Speaker of the House John Boehner said in a video statement. "The president has said before that 'he's not king' and he's 'not an emperor,' but he's sure acting like one."

Some conservatives, such as Alabama Senator Jeff Sessions, have advocated fighting any potential immigration executive order by imposing funding restrictions in must-pass spending bills - a move that could potentially lead to a government shutdown. 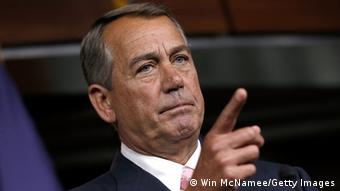 "I will try to defund the effort for him to go it alone," said Senator Lindsey Graham, an architect of a landmark immigration bill that passed the Senate but died in the House.

Other Republicans say they will look to the courts for redress.

"I am prepared to immediately challenge President Obama in court, securing our state's sovereignty and guaranteeing the rule of law," incoming Texas governor Greg Abbot said.

Senator Rand Paul, a potential Republican 2016 presidential candidate, urged the House to pass a resolution condemning the plan as illegal, a move that could lead to a court challenge.

Still, Senator Graham urged his party to proceed with caution in responding to Obama's executive action.

"You can't capitulate, but you need to push back smartly," he said. "If you overreact, then it becomes about us and not about President Obama," he said.

By taking executive action President Obama is making good on his promise to reform immigration in the US. Conservatives are already calling for impeachment, but his decision is good for the country, says Michael Knigge. (14.11.2014)