The Organization of American States has failed to reach consensus on a joint declaration on Venezuela, with foreign ministers agreeing to meet again in mid-June. Meanwhile, protests have intensified in Caracas. 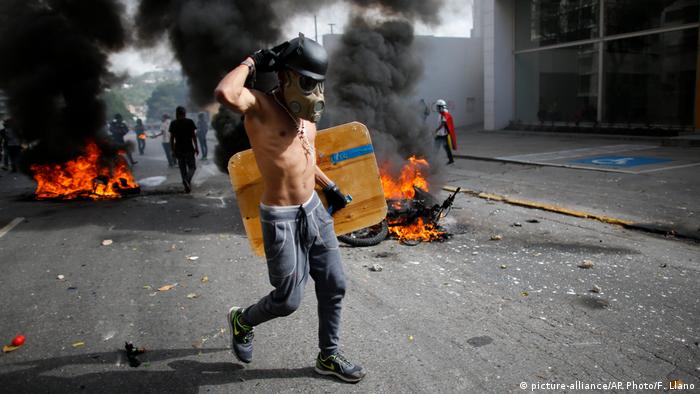 Of the 34 Organization of American States (OAS) members accredited to participate, 18 foreign ministers arrived for the meeting at OAS headquarters in Washington on Wednesday focused on finding a diplomatic solution to the crisis in Venezuela.

Two months of protests against President Nicolas Maduro's government have had a profound effect on the South American OPEC nation. About 60 people have been killed in the unrest with hundreds injured. According to local rights group Penal Forum, nearly 3,000 people have been arrested, of whom 1,351 remain in custody.

Maduro has called for the creation of a super-body - a constituent assembly - with powers to rewrite the constitution, in voting set for the end of July. Polls show the government would lose any conventional vote. Opponents have said they see this is a step towards a facade-style democracy.

The OAS foreign ministers reportedly considered drafts of two statements, one presented by the permanent missions of Peru, Canada, the US, Mexico and Panama and the other promoted by the Caribbean Community (Caricom).

The draft declaration promoted by Peru, Canada, the US, Mexico and Panama called for the immediate end of the violence, respect for human rights and the rule of law, liberation of political prisoners and cessation of the initiative to hold a National Constituent Assembly as currently conceived. It also called on the government to seek international humanitarian assistance. 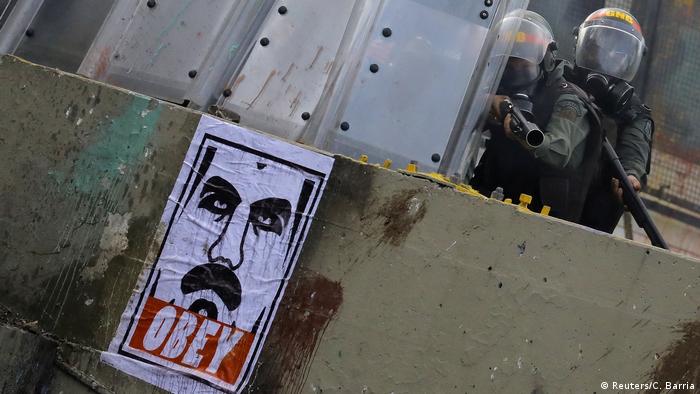 Unrest has gripped Venezuela for months

"Our goal is to return to full respect for the rule of law, full respect for freedoms of political expression and participation," said Tom Shannon, the US State Department's undersecretary for political affairs, adding that the US was part of a group of countries pressing for "urgent action" to ease the crisis.

US Secretary of State Rex Tillerson did not attend the meeting, just a few blocks from his State Department offices.

"Today is an opportunity for us to demonstrate that this commitment remains alive and well relevant to the current plight of our Venezuelan neighbors," Shannon said.

The proposal presented by Caricom, which includes leftist nations and small Caribbean islands that receive cheap Venezuelan oil - did not make such concrete demands.

Nicaraguan diplomat Luis Alvarado, for example, said his country condemned and rejected the attempt to "subvert the rights" of a sovereign country.

"We demand the end of the political lynching," Alvarado said. "Nothing can be imposed on the great and sovereign nation of Venezuela. It is absolutely essential that these actions cease."

To approve a declaration, two-thirds of votes of the member states present at the meeting, or 23 votes, are needed, which given this rift appears unlikely.

Diplomatic sources told the German news agency DPA the meeting had been a success and that each member state had publicly stated its position on the growing crisis in the South American country.

Meanwhile, Venezuelan security forces used water cannon and teargas to disperse tens of thousands of opposition protesters heading toward the Foreign Ministry on Wednesday. At least 100 people were injured in confrontations with police on Wednesday, according to rescue crews.

Two Venezuelan opposition leaders have been hurt after security forces broke up protests against President Nicolas Maduro. Some 59 people have been killed in clashes since the protests started on April 1. (30.05.2017)

In a public break with the Maduro regime, Venezuela's top prosecutor has accused the National Guard of killing a protester with a tear gas canister. Prosecutor Luisa Ortega also slammed the use of military tribunals. (25.05.2017)