Victims' relatives regard the delay in the National Socialist Union neo-Nazi trial as a "slap in the face," says Sebastian Scharmer. Deutsche Welle spoke to the lawyer of Gamze Kubasik, whose father was shot in 2006. 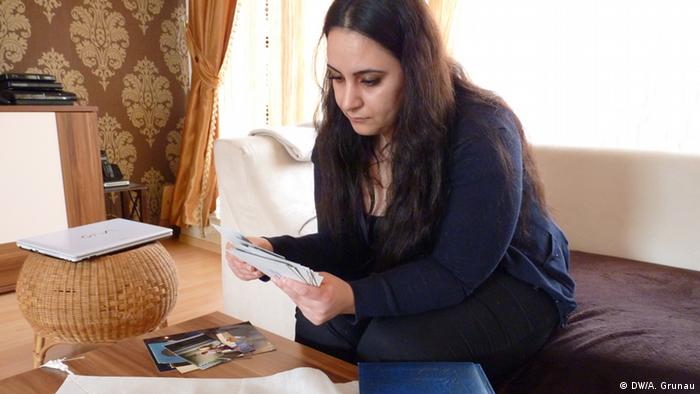 Deutsche Welle: How and when did you and your client learn that the Munich court (OLG) decided to postpone the trial from April 17 to May 6?

Sebastian Scharmer: At about 1 p.m. on Monday we heard media reports that the trial was being postponed, and at about 1:40 p.m. we received a fax with confirmation from the court. Of course, I immediately called Mrs. Kubasik [daughter of Mehmet Kubasik] and gave her the news. She was beside herself. She and her family have been preparing for this day for weeks, even months. It is an incredibly stressful situation for her, and she says the postponement is a slap in the face. She was stunned and, I must say, angry as well - the latter mainly because we heard about it in the media first…. Mrs Kubasik feels that shows that joint plaintiffs are apparently not really taken seriously in the trial. That in particular angered her. 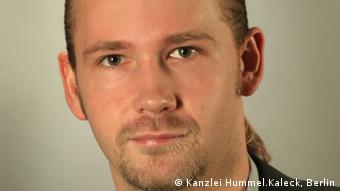 "My client has fallen into a deep dark hole. It's a shock for her," says lawyer Sebastian Scharmer

Barbara John, the government-appointed representative for the victims and their relatives, called it "quite a catastrophe" for the joint plaintiffs. Is that your assessment, too?

Yes. Just imagine the mental strain: this trial has been pending for seven years, and for seven years, Mrs. Kubasik has been hoping to look the people in the eye who are allegedly responsible for the deed. It is a situation of incredible stress and now, of course, it is a catastrophe. One must add that considerable organizational and financial efforts were necessary to organize this trial in the first place. The first week scheduled coincides with a trade fair in Munich, so all affordable accommodation was booked. We had a lot of support in our efforts to find adequate and safe rooms for the families and to organize their travel. We had to organize the financial means, too. All of that was an enormous effort. And now, it's history.

Is the delay costly?

Delaying the trial is substantially costly, and we are going to charge the state for all the expenses. It is not yet clear who will foot the bill for the joint plaintiffs. If the judges feel they have to cancel at the last minute, I would say the expenses should be reimbursed by the Bavarian treasury.

Do you understand the postponement, and was it necessary?

The ruling by the constitutional court on Friday (12.04.2013) made a new accreditation process for reporters necessary. We feel, however, that if the judges had reacted immediately to the ruling, a new accreditation could have been concluded by Tuesday. Obviously, that did not happen. The Munich judges appear not to be able to manage that in a timely and adequate fashion…. I believe that was simply defeated by the Munich court's organizational deficiencies.

How do you feel the court is handling the joint plaintiffs?

We do not underestimate the fact that the court is in a difficult situation. This is a trial that goes beyond the scope of trials we have known so far. On the other hand, this has been obvious for some time. I believe it could have been solved differently if suitable efforts had been made and the situation had been handled adequately. I see the danger of the court misjudging the political dimension of the trial in the way it handled the accreditation of foreign journalists, as well as in the way it treats the joint plaintiffs. An example that shows the judges do not treat the joint plaintiffs in an adequate fashion is that the fact that we heard about the decision in the press.

What does a new waiting period for the trial mean for the relatives?

My client has fallen into a deep dark hole. It's a shock for her, precisely because it was supposed to be the beginning of the trial. Dates change sometimes - that's one thing. But it's understandable that precisely the beginning is traumatic for the relatives. So the waiting period will be tough.

At the NSU neo-Nazi trial before the Munich court, Berlin lawyer Sebastian Scharmer will represent the joint plaintiff Gamze Kubasik. Her father, Mehmet Kubasik, was shot dead in his newspaper stand in Dortmund on April 4, 2006 and is believed to be the eighth victim in the series of NSU murders.

The postponement of the neo-Nazi terror trial in Munich is just the latest stage in an ongoing fiasco over press accreditation that has forced interventions from the foreign minister and Germany's highest court. (16.04.2013)

Germany's top court has ruled that foreign media will be admitted to the courtroom at the NSU trial. The judgment says transparency is vital. DW's Ute Schaeffer explains why that's a good decision. (15.04.2013)

The trial against five NSU terror suspects is set to open in Munich on May 6. After all the mistakes committed by German authorities, DW’s Volker Wagener hopes that there will be no further slip-ups. (15.04.2013)