A week after principle NSU suspect Beate Zschäpe broke her silence, another defendant has addressed the court. Ralf Wohlleben's has denied providing weapons to the NSU that were used in a string of murders. 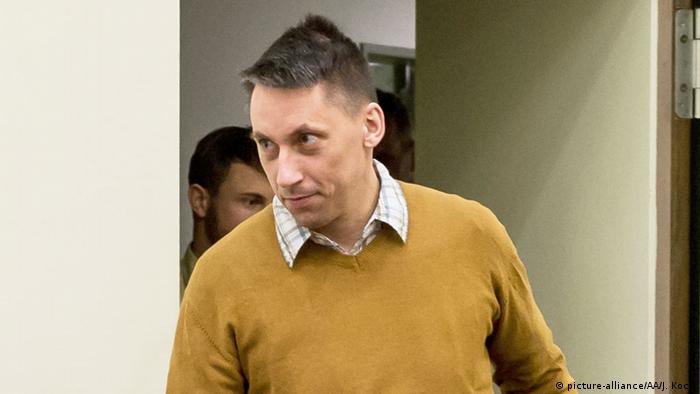 In a statement read to a court in Munich on Wednesday, Ralf Wohlleben denied providing weapons to the National Socialist Underground (NSU) that were then used to carry out nine murders targeting people with immigrant backgrounds. A tenth murder claimed the life of a German police officer.

It is the first time in two and a half years of court proceedings that Wohlleben had broken his silence and comes a week after the principle defendant in the trial, Beate Zschäpe, made her first statement to the court.

Wohlleben's said he never had anything against foreigners but instead took issue with government policies that allowed so many immigrants to come to Germany. After spending some time in Frankfurt, he got the impression that there were areas "where no Germans lived anymore." Wohlleben said he didn't want to see the same thing happen to his own town of Jena in the former German Democratic Republic (GDR, or East Germany), and that's how he found his way into the right-wing scene.

"I always felt a sense of national pride, which was an integral part of life in the GDR," Wohlleben said on Wednesday. "I didn't see any reason to give that up [after the fall of the Berlin Wall and German reunification]."

At that point in the early 1990s, Wohlleben began visiting concerts, speeches, demonstrations, and other events associated with the right-wing scene and eventually became a member of the National Democratic Party (NPD), which has survived attempts by the government to see it banned on the grounds that it is a neo-Nazi political entity.

In Jena, he got to know Zschäpe and two of her friends, Uwe Mundlos und Uwe Böhnhardt. He described Zschäpe as "someone you could talk to," and said he found her to be quick-witted, funny, and friendly toward him. Mundlos and Böhnhardt are considered to be the ringleaders of the NSU and mainly responsible for the murders of nine immigrants and a police officer between 2000 and 2009. They committed suicide when police caught their trail following a botched robbery in 2011.

When Zschäpe, Mundlos and Böhnhardt went into hiding at the end of the 1990s, Wohlleben said he had no reason to suspect they were capable of violence. He also admitted that he kept in contact with them.

Wohlleben said Tino Brandt was often pulling the strings of various right-wing organizations. He also said it was Brandt who pushed him to join the right-wing NPD. Brandt was a paid informant of the Thuringia state branch of Germany's domestic intelligence agency at the time, and when this was revealed, he was cast out of the right-wing scene.

Germany's domestic intelligence agency has come under fire for allowing the NSU to operate for so long despite an apparently large network of informants in the right-wing extremist scene.

Zschäpe, who lived with Mundlos and Böhnhardt while the NSU murders were being committed, claimed in her first statement of the trial last week that she had no prior knowledge and did not take part in the planning or execution of the killings.

In addition to Zschäpe and Wohlleben, three other alleged NSU supporters are on trial in Munich.

A small group of neo-Nazis gathered outside a Munich court on Tuesday to demand the release of Ralf Wohlleben, an NSU trial suspect accused of being an accessory to murder. (03.03.2015)