Long unavailable to audiences in the English-speaking world, Irmgard Keun, one of Germany's best female novelists, is now receiving remarkable attention - nearly 20 years after her death. 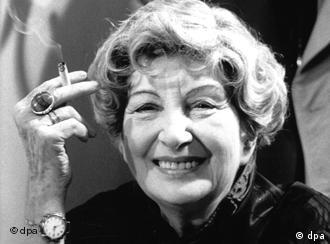 Like many young adults, 20-year-old Doris dreams of fleeing small-town Germany for the bright lights of the big city. The young legal secretary spends her days typing and retyping documents, often only to reset misplaced commas - a job that leaves her daydreaming about her evening adventures with a variety of older, wealthier lovers. So when her married boss comes on to her one afternoon, Doris sees her chance to take flight - pocketing a month's salary and heading off for the capital.

Bitingly funny, Doris narrates her way through a bumpy ride to Weimar-era Berlin, bringing readers of "The Artificial Silk Girl" along with her as she attempts to realize her dreams of fame and fortune by scheming and sleeping her way to the top. 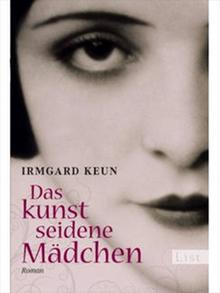 Inspired by American Anita Loos, author of the 1925 novel "Gentlemen Prefer Blondes," Keun set out to portray life for young females in Berlin during the Roaring Twenties. With its allusions to sexual exploits and superficial attention to the latest fashions, Keun's second novel has also been compared recently to the popular "Sex and The City" television series.

But Keun's "The Artificial Silk Girl" is more than just a diary of dancing and dalliances. It also contains subtle but scathing commentaries about life under the rising Third Reich.

"If a young woman from money marries an old man because of money and nothing else and makes love to him for hours and has this pious look on her face, she's called a German mother and a decent woman," Keun writes, lobbing a zinger at a prudish administration obsessed with the notion of what it means to be a good German woman while also questioning the strictures that existed for women of the time. 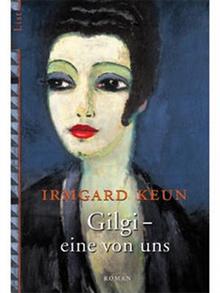 The Cabaret performances made famous by Marlene Dietrich, and of which Doris becomes a part, were still frequent in Berlin in 1932, when the novel was published. Nevertheless, the book pushed boundaries at a dangerous time. A blacklist of artists declared "degenerate" and "anti-German" and a spate of public book burnings were just around the corner.

Despite her remarkable success - "The Artificial Silk Girl" had an initial printing of 50,000 copies, which quickly sold out - Keun found herself on that blacklist in 1933, her work labeled "asphalt literature."

It was a precarious position for a new author to be in, but unlike many of her contemporaries, Keun did not immediately flee the country. Instead, she sued Nazi officials for a loss of earnings. After being questioned by the Gestapo, she did eventually leave for Belgium in 1936.

Once out of the country, Keun made friends with a number of other exiled authors, including Joseph Roth, with whom she had a short-lived affair. Keun credits her time in exile as one of intense inspiration and great output, with the author releasing her fourth novel in 1937 while in The Netherlands.

"After Midnight" was a risky publication for someone who had already run afoul of the Nazi regime in Germany. Sanna, the narrator, has been "exiled" to Frankfurt after being reported to the secret police in Cologne for not liking propaganda radio. 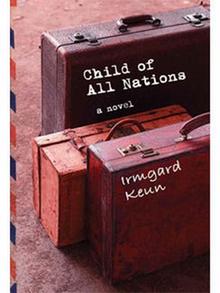 Many of Keun's characters were exiles

En route to a party, she curses the way in which the city has been transformed to accommodate a parade with Hitler's motorcade, angry that the parade route has cut her off. She notes, in asides, the husbands, lovers and journalists who've simply disappeared, never to be heard from again. Her best friend is in love with a half-Jew, and Sanna accompanies them on dates, knowing full well the dangerous position she's in.

Few authors of the time painted such a realistic portrait of life under the Third Reich, and Keun lived a dangerous existence for her audacity. After years of traveling Europe, broke, Keun staged her suicide after The Netherlands were invaded in 1940. She snuck back into Germany to live out the war - a feat that still has one of her US publishers marveling.

“I'm always fascinated by people who would stay in a situation like that instead of fleeing like a lot of great German writers did," added Johnson. "It's enough to bring you to tears when you read about her life." 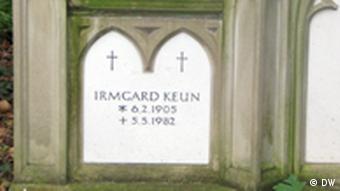 Keun was born in Berlin, and died in Cologne

But it isn't just her biography that got Johnson interested in re-issuing Keun's work. Instead, Johnson said, the books themselves are magnificent. After reading them, it's easy to see why Alfred Döblin, after meeting Keun in 1931, would have declared her to be possibly one of Germany's best female writers.

"If she writes even half as well as she speaks, she'll be the best female novelist Germany's had yet,” said the author of "Berlin, Alexanderplatz."

Contemporary critics are likewise excited by Keun's talents and the opportunity to read her work in English for the first time since the war. Jessa Crispin, Berlin-based managing editor of the web magazine Bookslut, has repeatedly lauded Irmgard Keun and her prescient feminist ideals, recommending the newly released "The Artificial Silk Girl" as one of this summer's must-reads.

She's not alone in her admiration for Keun, considered by many to be a true original.

"Find me another book written by a woman from inside the Reich that tells the true story of what it was like to be there at that time," said Johnson. "There is no one else."

Six decades after his death, German author Hans Fallada was rediscovered abroad when a new translation of his last novel became a surprise hit. Now, the book about Nazi resistance is topping books lists in Germany. (19.07.2011)