Until now, rescue teams have been using drones to search a 700-meter long crater caused by Wednesday's mudslide. Now they plan to try to locate the 10 missing residents by foot, despite the risk of further cave-ins. 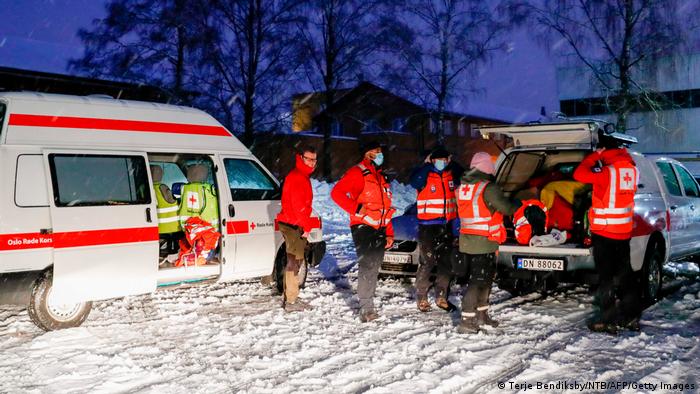 Rescue teams in southern Norway on Friday said they were planning their first ground search at the site of a large landslide that destroyed dozens of homes, leaving 10 people missing.

Public broadcaster NRK said the search effort continued for a second night in the town of Ask, where Wednesday's mudslide unfolded.

Knutsen said she was still hopeful of finding survivors.

Authorities told NRK that until now the site had been deemed too dangerous to search on foot, but that ground crews would be deployed shortly.

"The hope is that we can bring them in today," rescue coordinator Ketil Lund told the popular daily VG.

But officials are growing increasingly anxious about how long people could survive in sub-zero temperatures.

"We realize that this does not look very good, but it is still a rescue operation, and not a search for suspected dead," Harald Wisloff, the operations lead for Norwegian People's Aid told NRK.

The earthfall hit the town of Ask, around 40 kilometers (25 miles) north of Oslo, early on Wednesday morning. It created a huge crater, estimated to be 700 meters (2300 ft) long and 300 meters wide.

Thirty-one housing units and nine buildings collapsed, several of which caved-in hours after the tragedy.

Officials said at least 10 people were injured, one critically and more than a thousand residents were evacuated.

The earthfall is considered to have been caused by so-called quick clay, which may have been shifted by heavy rain in previous days. 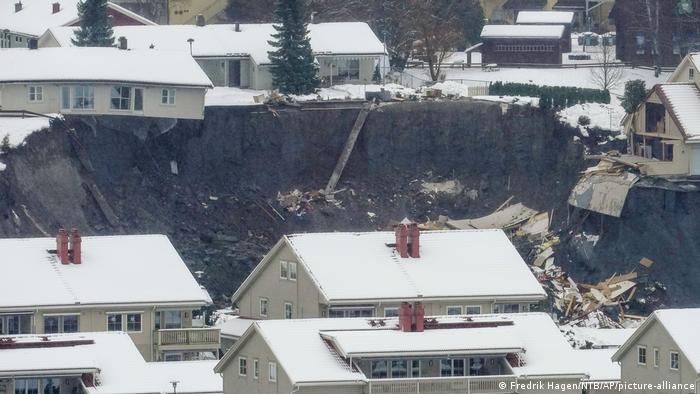 Several houses were destroyed in the immediate aftermath of the landslide

NRK reported that police had asked relatives not to attempt to make contact with missing individuals as this may drain their phone batteries.

They also asked locals in the surrounding district of Gjerdrum to forego fireworks displays on New Year's Eve as they may interfere with the rescue operation.

The landslide hit the town of Ask in southeastern Norway. Some 700 people have been evacuated and at least 10 have been injured, with several others feared missing.

Flash floods and landslides are common in the Himalayan parts of northern India during the months of June to September. But scientists say global warming and melting glaciers have further exacerbated the situation.